Stephen Hawking, one of the greatest physicists of our time, died on Wednesday, 14 March, at the age of 76. Stephen Hawking is best known for his outstanding book A Brief History of Time and his enormous zest for life (he floated in zero-gravity and even wanted to go to space, suffering from amyotrophic lateral sclerosis). He helped popularise science and became “the No. 1 celebrity scientist”. In April 1988, his book, A Brief History of Time, was published and became a best-seller. Then the books Black Holes and Young Universes (1993) and The World in a Nutshell (2001) were published. In 2005 A Brief History of Time was reprinted. But this is not the whole list of Stephen Hawking’s books. So, we decided to review all his books and describe the role of these books in his life. 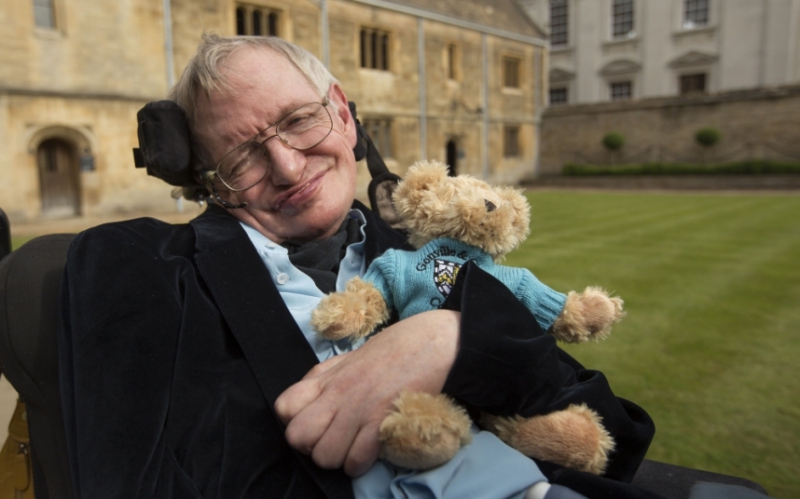 The Large Scale Structure of Space-Time

The Large Scale Structure of Space-Time is 1973 book by Stephen Hawking and George Ellis, a Professor of Cosmology. First it was published by Cambridge University and then is has been reprinted many times. In this book, Stephen Hawking attempts to describe the nature of space, infinite expansion and black holes. Hawking wrote the book while a post doc at Cambridge University based on his essay Singularities and the Geometry of Space-Time that won that year's Adams Prize. Hawking was 31, when his first book was published.

In his 1988 book A Brief History of Time, he describes The Large Scale Structure of Space-Time as “highly technical” and unreadable for the common reader, but today this book is considered a classic.

Black Holes and Baby Universes, General Theory of Relativity, Geometric Ideas in Physics - these are Hawking’s collections of essays, published from 1975 to 1983. In Black Holes and Baby Universes Hawking discusses black hole thermodynamics, special relativity, general relativity, and quantum mechanics. General Theory of Relativity is a collective monograph by famous scientists from the USSR, the USA and the UK, while Geometric Ideas in Physics provides new approaches to quantum field theory. These essays didn’t become popular, but he didn’t intend them to be.

When writing these essays, Hawking was a lecturer on gravitational physics and black holes at Cambridge University (1975-1977). In 1979, he was elected the Lucasian Professor of Mathematics at the University of Cambridge, a title once held by Isaac Newton, until 2009.

In 1973, the scientist went to Moscow to consult with two Russian physicists, Yakov Zeldovich and Alexander Starobinsky, who were also working on the problem of black holes. In 1981, he went to Moscow again to take part in the international conference on the quantum gravitation theory.

A Brief History of Time: From the Big Bang to Black Holes

This is perhaps the most popular book by Hawking. It was first published in 1988. In A Brief History of Time, Hawking writes in non-technical terms about the structure, origin and eventual fate of the universe. He offers a clear overview of both the history of the universe and the complex science behind it, all presented in a way that even readers who are being introduced to these ideas for the first time will understand. That’s why this book became a best-seller. It was translated into some 40 languages and sold over ten million copies worldwide.

That's when his health began to deteriorate. In 1985, he contracted pneumonia, which required a tracheotomy, removing his remaining speech capabilities.Then his friends gave him a voice synthesizer. At first Hawking used the index finger on his right hand to control the device, but later some sensitivity was left only in his cheek muscle, and that’s where the sensor was placed. That’s how he communicated with others.

The Nature of Space and Time

Hawking liked to debate. The most heated debate was the one with Kip Thorne, an American theoretical physicist, about the nature of Cygnus X-1. Thorne believed it to be a black hole, while Hawking denied it but his calculations proved the opposite. The Nature of Space and Time is based on six lectures by Stephen Hawking and Roger Penrose and their discussion about the nature of the Universe. It was published by Princeton University Press in 1996.

The Universe in a Nutshell

In 2001, Stephen Hawking released The World in a Nutshell or The Universe in a Nutshell, which followed his previous best-seller A Brief History of Time. The Universe in a Nutshell became the winner of the Aventis Prizes for Science Books 2002. In this book the scientist explains to a general audience various matters relating to the history and principles of modern physics such as Gödel's Incompleteness Theorem and Superstring theory. He seeks to create the Theory of Everything that would explain everything that happens in the universe.

George and the Secrets of the Universe

In addition to his many books on science, Hawking also wrote books for children. In 2007, together with his daughter Lucy and Kristof Galfar, his former post-graduate student, he wrote a book for children about the adventures of George and his friends in the Universe. The authors aim to explain some interesting phenomena as black holes, quasars, galaxies and parallel universes to a younger generation. In 2009, George and the Secrets of the Universe was followed by a sequel, George and the Treasures of the Universe. It tells again about the adventures of two best friends, George and Annie. The book is especially valued for Hawking’s unique style: nobody else could present complex scientific issues in such a simple and interesting manner. In 2011 Hawking and his daughter published the final part of their trilogy, George and the Big Bang.

The Theory of Everything

Published in 2009 and based on seven lectures, The Theory of Everything presents the history of scientific thoughts and ideas about the universe and today's most important scientific theories in a clear and understandable way.

Stephen Hawking spent his last years working on new questions about the Universe and giving lectures on physics at the university.