Epidemiologist Vasily Vlassov on Medical Problems Exposed by the Pandemic

Vasily Vlassov, DSc, a specialist in clinical epidemiology and professor at the Higher School of Economics, recently delivered a lecture at ITMO University. He discussed the hidden problems of medical statistics, modeling of virus propagation, and whether we should expect a COVID-19 vaccine. 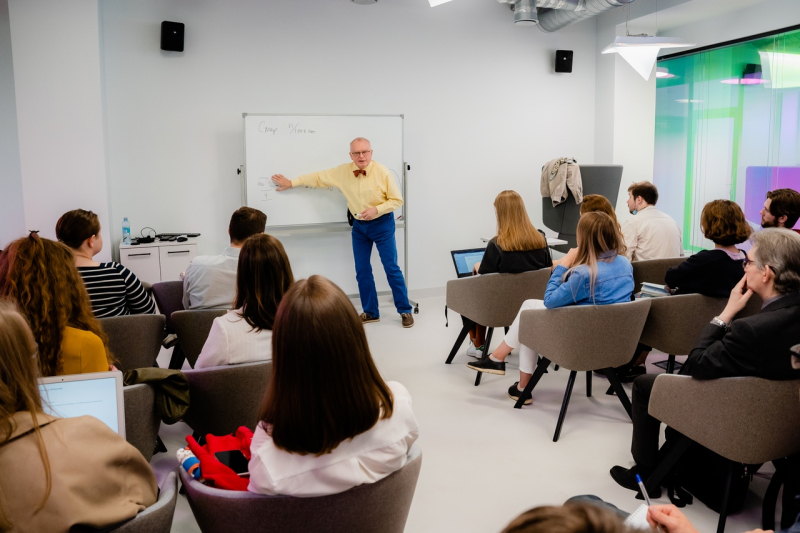 The pandemic not only changed the lives of people all over the world, but it also  exposed many problems of modern healthcare and medical science that used to be hidden from a wider audience. Vasily Vlassov, one of the most prominent epidemiologists in Russia and vice president of the Russian Society for Evidence Based Medicine, discussed these problems with the students of ITMO University’s Science Communication Master’s program.

Prof. Vlassov started the lecture by covering the problems of medical statistics that sometimes create an unclear picture of what’s going on in healthcare. These problems occurred long before the pandemic, but it’s important to keep them in mind if you want to understand all the contradictions that occur in the media.

“As you have probably heard, interventional cardiologists have been able to reduce the number of deaths caused by heart attacks in the past few years,” says Prof. Vlassov. “Everyone who knows how mortality rates are calculated understand that if the number of lethal cases caused by heart attacks would be reduced by three times, that would be reflected in the general mortality rate. And yet nothing like this happened during the past three years. It’s just that news about the reduction of mortality rates looks good, so everyone, not only cardiologists, but also deputies and ministers, keep repeating it.”

The thing is, the number of deaths in this case only includes people who died in hospitals while diagnosed with this particular ailment. It excludes people who died outside the hospital and those who weren’t diagnosed with this specific kind of heart disease. That’s why successful results reached by doctors aren’t clearly reflected in the general mortality rate statistics.

“This example illustrates how even advanced specialists, such as interventional cardiologists, sometimes have issues of this kind,” he notes. “If we don’t realize that this problem [hospital mortality rate] is just the tip of an iceberg, we won’t fully understand the problem of ischemic heart disease.”

We can’t do much more

Vasily Vlassov says that epidemiologists have been making jokes about an upcoming deadly epidemic for decades. The problem is, you couldn’t tell what it would be like and when it would happen. However, taking preliminary measures “isn’t popular anywhere in the world”.

“Only some countries and WHO – an organization criticized by many, just like the UN – take preventive action,” Vasily Vlassov says. “Meanwhile, after the threat of an avian flu epidemic occurred, WHO set up a program for global preparedness. It wasn’t implemented broadly but it’s quite reasonable. It’s based on the implication that a deadly respiratory infection similar to the flu would appear. Why did they choose this model? Because in case of a non-respiratory infection, the disease won’t spread so rapidly and limitlessly. Some countries took real measures to prepare for it after such ideas were widely discussed in 2005-2006. In Singapore, 110 hospital beds for infected patients were created. They are located in rooms with lowered atmospheric pressure, so air can’t leave the room of a diseased patient.”

However, most countries didn’t take such measures. Moreover, we weren’t ready for a pandemic both materially and intellectually.

“You probably noticed that as early as February, it felt like science wasn’t prepared for what was going on and by April it became obvious,” says Vasily Vlassov. “By that time, everyone was able to make a graph that illustrates the fact that the amount of free hospital beds depends on measures taken. Fortunately, it does work like that. On the other hand, it’s sad that that’s the only thing we can do.”

The limited abilities of our mind

It’s not only hard to predict the way the epidemic will spread, but also to determine its symptoms. It seems an obvious task, but the list of COVID-19 symptoms underwent edits for a long time even though it seemed that the symptoms were clear. The course of the disease still isn’t fully understood.

“Such an obvious, as it seems, symptom, as losing the sense of smell was described only in April,” explains Prof. Vlassov. “What were the doctors doing before? As it turns out, we all are limited when it comes to detecting new information. We detect what is known to us and don’t notice the rest. It doesn’t exist for us. In a way, we are trapped by limited abilities of our mind.”

At the same time, the lecturer doesn’t think artificial intelligence will be able to solve this problem, either. However, doctors were able to reach certain results. For example, they stopped overusing medical ventilators, which don’t necessarily solve the problem but can lead to serious complications, from respiratory damage to bedsores.

“The initial idea was – we need ventilators because the lungs get damaged,” he explains. “You know what the lungs look like – they consist of alveoli that are surrounded by vessels. Normally, alveoli are filled with air that reaches the vessels and they distribute it all over the body. But when there’s inflammation, the fluid gets thicker and the ventilation stops. However, by late April, doctors realized that alveolar damage is a secondary process. Thrombosis is the main problem – blood clotting damages the vessels. It’s a perfusion, not a ventilation problem.”

What about tests, vaccines, and medication?

Some of the hottest topics these past few months are related to COVID-19 testing and treatment. However, the more we study it, the more questions there are. For example, the question of how exactly the traces of the virus were detected in patient samples was posed only recently.

“The first tests that appeared were reasonable from a fundamental point of view. The used method is called polymerase chain reaction (PCR) and it can detect fragments of the virus genome or RNA,” he explains. “But we must remember that it’s just tiny fragments. It wasn’t taken into account until July. The whole world understood that something is off with PCR tests and only in July we found out what it was.

If a sample is analyzed at the lab, they look for a fragment of the virus. It can be extremely small – it’s not even a virus, just traces of it. Moreover, it can get there during the taking of a sample, or during transportation, or in the lab. In order to detect traces of the virus, fragments go through amplification cycles, so they get evenly reproducted. They can be reproduced in 10 or 150 cycles. So when we get a positive result, we don’t know how many cycles it took. Maybe wind brought a particle of RNA or maybe the patient is or was genuinely infected. Up until September we didn’t ask how many cycles the sample had to go through before it tested positive.”

The search for the cure and a vaccine isn’t much better, either. Leading international journals publish papers about it but their quality doesn’t always correspond to usual standards of scientific publications. For example, according to Vlassov, those who often read leading journals will notice that a Russian paper on the COVID-19 vaccine wasn’t even properly edited – it’s written in “Russian English”.

At the same time, he emphasized that doctors shouldn’t say no to standard efficiency and safety checks of virus treatment methods.

“How can we test new methods? One of the options is to treat a patient who was just brought in. That’s what doctors did 100-300 years ago. But even 80 years ago specialists in medical intervention pointed out that if we want to see if a method is working, we must randomize starting with the first patient. We can’t start treatment, try a new method, and then conduct a randomized experiment,” says Vasily Vlassov.

Vasily Vlassov notes that it’s hard to make predictions right now. However, he believes that we should prepare for the fact that COVID-19 isn’t going anywhere.

“We will live with it and we probably won’t find an efficient cure. There are very few efficient antiviral medications overall. Most likely, there won’t be an efficient vaccine either. But once again, that’s how I see it right now. In February I had a different opinion about it,” he admits.

In these conditions, we will have to change our daily behaviour and hygiene. According to Prof. Vlassov, wearing gloves is useless but when it comes to masks – it’s not clear. According to Vasily Vlassov, there is no trustworthy research on their efficiency or lack of it.

However, the lecturer concludes on a positive note:

“If there is a problem and a lot of attention is paid to it, then there is hope that it will be solved. That’s the biggest hope of humankind,” he said.