Upon completion of the course, students presented their own ideas on how to expand the course program. Read on to learn more about the course, its main mission, and feedback from students. 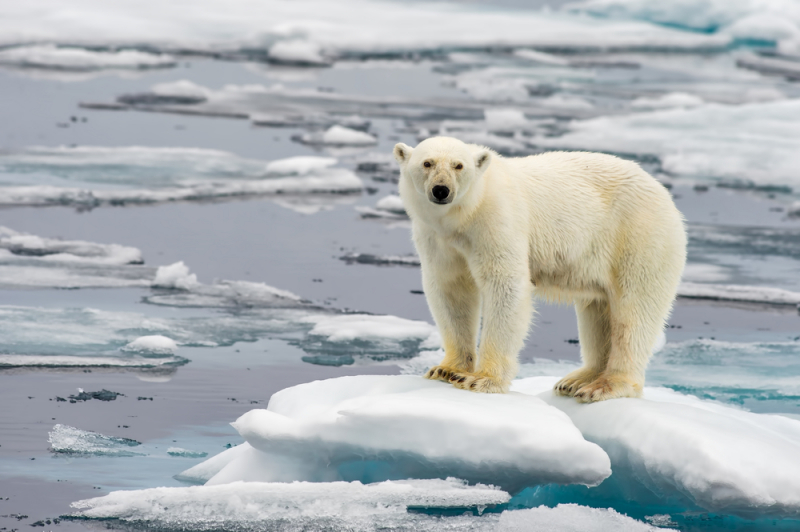 What is the public’s perception of climate change? How does the media influence it? How can we share the scientific viewpoint with ordinary people? And how can we debate climate change deniers? All these questions were discussed during the first online course Climate Change as Seen by a Scientist and a Journalist, launched as an initiative of ITMO’s Science Communication Center.

The classes were taught by Alexei Ekaikin (St. Petersburg State University), a climatologist, polar explorer, and senior researcher at the Arctic and Antarctic Research Institute, as well as Olga Dobrovidova, a science communicator, associate professor at ITMO University, vice president of the European Federation for Science Journalism, and the first Russian fellow of the Knight Science Journalism Fellowship at MIT. They wanted to demonstrate climate change as it is seen by scientists and science communicators.

“We already received some feedback from our students and the idea of a climate change-centric collaboration between scientists and journalists was highly approved,” says Olga Dobrovidova. “We were afraid that no one would come but almost 30 people joined our six-week course. We are still processing feedback from students on their expectations and results, but it’s safe to say that the first launch was a success. And I hope that this course will become regular.”

Reading and writing about climate change

The course focused on exploring key journalistic and scientific texts on climate change and global warming in Russian and English. Students were to learn about the structure of academic text, its content, and main purpose, as well as to use the acquired skills to write essays aimed at promoting and explaining scientific concepts.

“The students had to complete two homework assignments: make an infographic and an explainer – a popular science explanation of a topic,” says Olga Dobrovidova, “They also read a number of texts written for mass media. I think that such deliberate reading is a good way to form a clear, coherent picture of the world and understand the arguments of the different parties including climate change deniers. This way, students learn to react and respond correctly to their arguments.”

During the course, one of the team tasks was to find a text that a team deemed worthy of including in the program and present the choice to the board.

“We asked students to form teams and offered them a well-known climate journalist as their mentor,” says Olga Dobrovidova. “The students could share their views on which texts should be included in the curriculum and thus influence the program’s future. Moreover, our goal was to let the participants get acquainted with as many media products as possible. One of the participants said that their team chose a text at the pre-defense two weeks ago but they still read a bunch of other texts to justify their choice. To me, it’s proof that we truly achieved our goal. We want our students to become well-informed individuals that will inspire others to care about climate.”

The potential texts included polemical disputes with famous journalists on global warming, studies on the awareness among major energy and fuel companies regarding greenhouse gas emissions, infographics on climate change, and even an op-ed by the former U.S. Vice President Al Gore.

The winner was a text about the Renaissance literature scholar Genevieve Guenther – one of the most notable fighters against the silence on climate change in the media. This text is now part of our program; however, other offers might also be included in the future.

“All the texts were great and stimulating,” says Olga Dobrovidova. “This is another sign for me that we did well. We wanted to help people understand the climate system and the nature of its inner processes, as well as to teach students how to read media about climate, in other words, develop their climate media literacy."

The course brought together a wide variety of students with and without journalistic experience. As noted by the participants, the classes helped future scientists and journalists understand each other a little better and learn more about the specifics of each profession.

I am a climate activist from Belarus and now I’m studying science communication. That’s why I was delighted to take this course at ITMO University. I read a lot about climate and right before the course’s launch, I came across the article about the University of Sheffield and its initiative to make courses on sustainable development and climate crisis mandatory in five years. Making a course on climate journalism available to all ITMO students seems like an excellent alternative.

There were also lectures by Alexei Ekaikin, which were not boring or overwhelming, but accessible and with all concepts explained in simple terms.

It’s a great way to learn as much as possible on the subject in such a short time. You might think that climate change is an over-discussed topic but it’s not completely true. In Russia and other countries, there are still stories that need to be told. The climate crisis is happening here and now, and we need to start taking action to find a way out of it.

I'm the kind of person who is more used to writing scientific texts and oftentimes disagree with the wording used by journalists. I can’t say that I’ve changed my mind, but now I better understand the work of journalists.

The climatologist Alexei Ekaikin spoke about the Earth's climate in an incomparable, structured, and simple language. The lectures by science communicator Olga Dobrovidova helped me learn several journalistic tricks and new information sources. Dividing the participants into teams was an excellent solution because we all have different backgrounds: some of us are future science communicators, while others are good at technologies or illustration. It helped us come up with great, well-rounded projects.