Students and staff at ITMO University have presented the results of their interdisciplinary research at the Rukami international festival. Their projects dealt with the relationship between natural sciences, humanities, and biohacking, as well as space exploration, environmental effects of food, and the future of planet Earth. 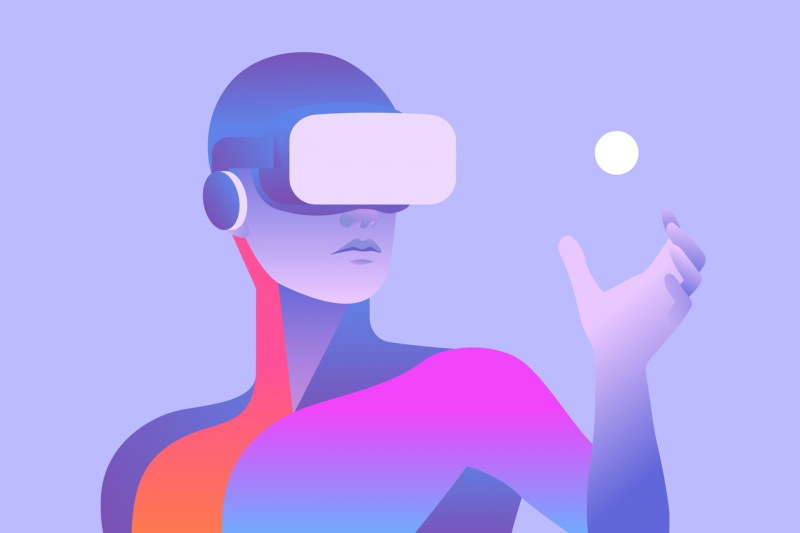 Any scientific or technological breakthrough or discovery always has at least two global results. Firstly, it expands humanity’s abilities by, for instance, allowing us to travel faster, treat diseases better, or feed more people. Secondly, it changes our perception of the world, ourselves, and the future. The former is traditionally the purview of technical and natural sciences; the latter – of social sciences and humanities.

This year, ITMO University launched the TECHNOHISTORY project, which aims at educating the general public on the effect natural sciences and humanities have on each other, as well as show how scientific discoveries can change the course of history. In mid-November, the results of the first stage of the project were presented at the Rukami international festival of ideas and technologies.

Students and staff from various departments at ITMO University took part in seven tracks focusing on different fields of knowledge: from VR visualization of cultural heritage objects to the history of atomic physics. Each track was based on interdisciplinary research or a small-scale project at the intersection of social and natural sciences.

“When we launched the TECHNOHISTORY project, we not only wanted to make humanities more interesting for students and involve them in the creative process, but also to expand their understanding of the world in its entirety and diversity; to show them that it’s impossible to form a modern scientific worldview, which any contemporary specialist needs, without some knowledge of the humanities,” says Galina Zhirkova, head of the Center of Social and Humanities Knowledge at ITMO. “For students, participating in our project isn’t just about acquiring communication skills, but also about making their first steps towards interdisciplinary collaboration.”

She adds that, in choosing tracks for the project, its creators considered the professional interests of students from various departments.

“We tried to pick topics that would be interesting to the students: for programmers – the relationship between individuals and the information society; for biotechnologists – the microbiome and new food production technologies; and so on. Our shared goal was to imagine the future of humanity,” says Galina Zhirkova.

The field of biotechnologies offers great room for humanities research on the topics of ethics, social science, or politics. TECHNOHISTORY’s biotechnologies track included the project Bio VS Eco by Anastasia Pavlova, an associate professor at the Faculty of Biotechnologies. Despite its title, it touches on a whole host of issues: biotechnological, social, historical, and anthropological. But its main subject is the role of food in human life.

“Our main goal was to tell the participants about eco-, bio-, and organic food products, functional foods, and their role in human life,” says Anastasia Pavlova. “We also shared the results of our research on the development of functional nutrition for healthy aging based on by-products of milk production. Together with the participants of the festival, we set out to understand the differences between eco-, bio-, and organic foods.”

The participants also presented the results of a marketing survey on the topic of nutrition for senior citizens, discussed the importance of protein for human health, and delved into the issue of environmental effects of specific food products.

“Then, Master’s student Anastasiia Andreeva invited everyone on a tour of the ITMO lab where our team members – young scientists – are working on new recipes, conducting research, and carrying out experiments. A live stream from the lab allowed us to give the festival’s guests a backstage look at our project,” adds Anastasia Pavlova.

Another track related to the biological sciences focused on the historical and cultural discourse surrounding the microbiome (supervisors: Daria Martynova and Laura Rodriguez). Under the guidance of Laura Rodriguez, who is a lecturer at ITMO, art students from St. Petersburg State University created Art & Science objects. Then, Daria Martynova guided them in analyzing the process of creation of their own works.

ITMO students, too, presented their projects in a variety of tracks. They were assisted by Corinne Doria, a professor at the Pantheon-Sorbonne University. Over the course of several weeks leading up to the festival, the students were introduced to various aspects of microbiome research and studied how the mass media forms the idea of “good” and “bad” bacteria in the common consciousness.

“One of our students ended up doing a project on biohacking and how it helps treat certain illnesses or, in the wrong hands, provoke them,” says Daria Martynova, an assistant at the Faculty of Technological Management and Innovations. “Other students did a project on artificial skin and its use in art. Finally, another student went with a purely historical and cultural study on the evolution of the microbiome.”

Humanity in the digital age

The subject of the use of digital technologies in interhuman communications has long raised the interest of humanities scholars. For many years, they’ve written works on the effect of digital communications on our relationships with each other, on how we perceive art, and on the entertainment industry.

Two tracks of the TECHNOHISTORY project touch on this subject. For instance, one looks at the role of cultural heritage in the digital age. One discussion concerned the project involving a VR “reconstruction” of the historical interiors of the Stroganov House, which now houses some of ITMO University’s facilities. The project is carried out within the framework of the ITMO.FUTURE competition.

“We’re talking about a virtual reconstruction of the dining room in the Stroganov House, which is carried out as part of an initiative to establish a Stroganov House Museum,” explains Daria Martynova. “We visited some of St. Petersburg’s archives and libraries and found descriptions of the dining room along with photographs and drawings. We also studied materials from the collection of the State Hermitage Museum, including fragments of fabric upholstery that was used in the room in the latter half of the 19th century. To make the visualization more detailed, we visited the Pavlov Palace, the Stroganov Palace, and Count Stroganov’s estate in Volyshovo and studied the interiors there.”

The result of their work is a 3D virtual representation of the dining room’s historical interiors, which can be observed using various VR or AR headsets.

“One of the most difficult aspects of the project was having to create proper lighting to collect high-quality photogrammetry data,” says Artem Smolin, head of the Center of Usability and Mixed Reality at the Faculty of Software Engineering and Computer Systems. “We had to use special lighting equipment in order to produce reliable photos which were then used to flesh out the 3D model.”

Another track dealt with humans and their relationship with the new digital world (supervisor: Andrey Vasilyev). Students considered phenomena such as “digital loneliness,” which is the feeling of being alone and lost in the world of social networks.

“The students designed a game about digital loneliness. The result is reminiscent of Kafka’s The Castle,” says Daria Martynova.

Also present at the festival were Oleg Eliseev and Ekaterina Khorosheva, representatives of ITMO’s Student Science Center, who talked about its work and projects. They also presented two promising practical R&D projects: the first, headed by Stanislav Rochas, concerns the development of an automated lidar cleaning system for driverless cars; the other, headed by Zheneveva Snezhnaia, focuses on the development of an optical current sensor with a sensitive thin-film element based on ferromagnetic material.

In addition, Tatyana Ryabova, vice dean for education at the Faculty of Cryogenic Engineering, presented the projects and experiments developed by the Young Engineers School at ITMO, while PhD student Julia Sankina presented a project on the development of a complex adaptive system for distributed regulation of interior microclimate.

Space, atoms, and vision of the future

A project dedicated to the influence of science on humanity’s life and history was bound to include a track on space exploration (supervisors: Dmitrii Vycherov and Andrei Kopanev). Participants of TECHNOHISTORY came to the festival with a live stream from the International Space Station on the topic of waste transportation in space. Another track focused on atomic energy. Here, viewers of the Rukami live stream could enjoy a tour into the history of atomic energy.

“Another track at the festival dealt with the vision of the future,” says Galina Zhirkova. “I suggested that the students visualize their ideas about the future. For the first stage, they created moodboards that reflected their vision. Then, they put forth the idea of making a short animated film based on these ideas.”

The results split into three categories: a fully technological future, an eco-friendly future – with lush green spaces and small settlements – and a compromising option. At the end of their presentation, the students asked viewers which scenario they found more likely. Though the results changed several times, the final “winner” was the eco-minded option.

TECHNOHISTORY’s tracks at Rukami garnered some 5,000 views on VK and 11,000 more on YouTube. As the project’s authors say, they were able to show off to the viewers several of ITMO’s laboratories and research centers and highlight the interdisciplinary nature of their research.

“The project’s next development stage is our presentation at the TECHNOHISTORY: Open Science event,” says Galina Zhirkova. “The festival’s format didn’t allow us to fully present the scope of our students’ research. We hope that will be made possible in late December, when Open Science takes place. The best projects will be showcased at the Congress of Young Scientists and, potentially, at the St. Petersburg Historical Forum. We thank everyone who has supported our project and became involved in our work. But the TECHNOHISTORY project will continue. We await new participants and hope to see students and staff of other departments among the ranks of our team.”