Feel like binge-watching your favorite TV show but don’t know what platform to choose? Here’s an overview of the most popular Russian streaming services to save the day. 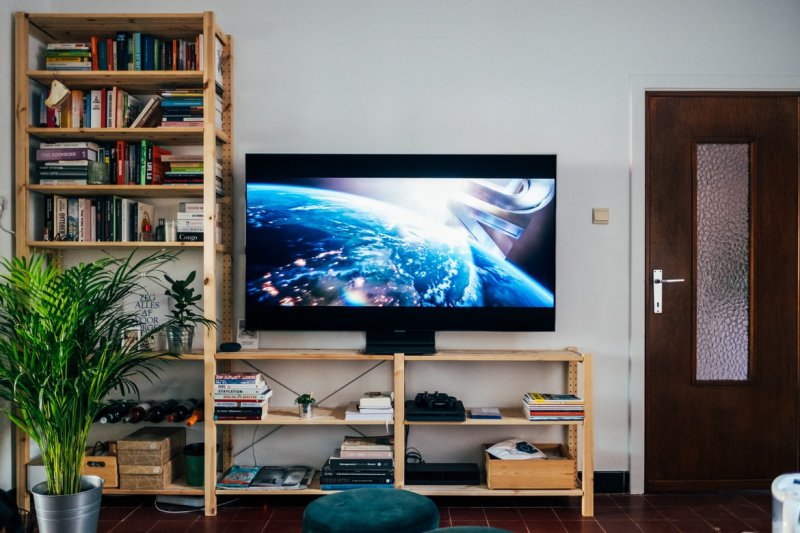 The most popular video streaming platform in Russia according to this survey, ivi provides over 100,000 movies and series to its subscribers. Its media library includes a wide range of popular items like Joker or Forrest Gump as well as some originals and lesser-known movies. For those who want to boost their Russian skills, there’s a live TV option, too: even the act of watching a single episode of Let’s Get Married (Davay Pozhenimsya) will make you more local than you could imagine.

You will still have to pay for some movies – for instance, something still on in theatres, such as Dune. On the other hand, some of the service’s content doesn’t require a subscription and is available for free – but get ready to watch everything in Russian and with some commercials.

Some years ago, Kinopoisk was a website for cinephiles that aggregated trailers, reviews, and ratings. Later, it evolved into a streaming service with an impressive collection of films and series. For example, here you can find all the Marvel Studios blockbusters, all ten seasons of Friends, or catch up on the latest episodes of Rick and Morty.

Here’s a cool feature of the platform: while watching your movie, hover over a character to see their name and the name of the actor or actress portraying them, as well as link to discover their filmography.

The subscription is individual, but it also offers access to Yandex.Music and cashback points you can spend on various Yandex services.

*First-year students at ITMO have scored an even better deal: this year, Yandex provided them with promo codes for free-of-charge subscriptions for six months, with the regular fee later reduced to 99 rubles per month until the end of their studies.

As HBO's exclusive partner in Russia, Amediateka provides same-day access to all of the American prestige channel's brand-new products. It was this streaming service that introduced the Russian audience to such famous series as Game of Thrones, Chernobyl, and American Horror Story. There are also documentaries and feature films, but Amediateka’s overall collection is rather modest (about a few hundred items), although it is constantly expanding.

The service offers integration with Okko (see below) and Kinopoisk HD, i.e. you can pay extra on those services and gain access to Amediateka’s library without needing another subscription. On this platform, five devices can be connected to an account, but only two of them are allowed to stream simultaneously.

This streaming platform offers eight types of subscriptions for any taste: watch movies and some sports channels or get access to everything at once, including subscriptions to other services like Amediateka and Paramount+.

Okko has educational videos, too: TED talks in full HD, National Geographic films, and stage plays. For those who struggle to choose a movie for the evening, the service offers its top-pick playlists, for example, a collection of films with unexpected plot twists or TV shows about doctors.

You can connect up to five devices to your account and watch movies simultaneously. The exception to this rule is football, which can only be enjoyed on three gadgets at a time.

Not a streaming platform, but still a great source of free films, the YouTube channel of the Mosfilm studio features a wide range of movies, including works of Andrei Tarkovsky, iconic Soviet comedies, and world-famous dramas like Moscow Does Not Believe In Tears. Although the films are in Russian, the channel provides subtitles in various languages, primarily in English. And if you want to relish some of the Soviet classics in full HD, here’s a playlist definitely worth checking.

Looking for ideas for an exciting movie night? Check our movie Fridays series!