Half the summer is already behind us – but the other half is gloriously glowing right ahead, so let’s step into it day by day, taking nothing for granted. This weekend treats us to three diverse exhibitions and a city-wide celebration, so take out your diaries and let’s dive right into our guide! 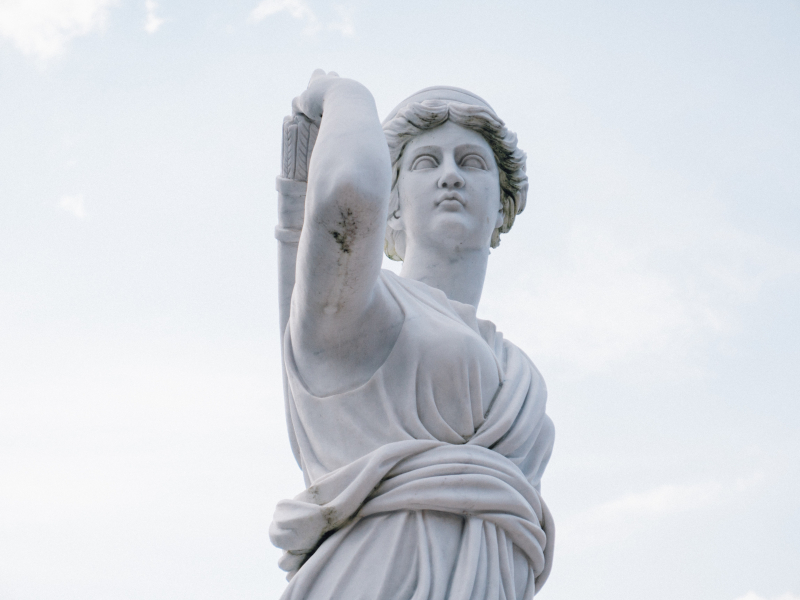 Exhibition: Classical Myth in the Art of Bertel Thorvaldsen

Bertel Thorvaldsen was a famous and highly acclaimed Danish sculptor in the late 18th century, who, according to Wikipedia, got accepted into the Royal Danish Academy of Art at age 11 – quite an achievement for a teenager! The current exhibition is unique in many aspects. First of all, it’s the first time that the sculptures from the Hermitage Museum collection are displayed together with the drawings and sketches from the Thorvaldsen Museum in Copenhagen. Moreover, for a long time the exhibited sculptures had been hidden from view for regular visitors, thus now we will be let in on another secret stored in the vast archives of the Hermitage. Finally, by perusing the sculptures you will step back in time, seeing the world of art and myth through the eyes of a typical European intellectual of the 18th century – which, let’s face it, is always a joy to experience.

After we’ve turned to the past, it will only be right to look into the future. Thankfully, art gives us this opportunity with the eponymous movement, futurism. This creative attempt to imagine the forms and shapes of the days to come gained forth after the manifesto of Italian poet Filippo Tommaso Marinetti, capturing the minds of Russian artists and writers in particular, as they were experiencing the dramatic historical changes that hit the country in the early 20th century. At the recently launched exhibition we are given the chance to compare the works of Russian and Italian futurist painters, discovering both culture-specific and universal traits of the movement that dominated creative minds a hundred years ago.

And what is the futurism of our time, you ask. Well, the answer is quite simple (and possibly equally complex) – the captivating AI and human-machine interaction. This topic keeps everyone from students to artists and entrepreneurs on the edge of their seats as they’re trying to imagine, create, and implement their visions of the problem. This exhibition is just one such attempt made by the Russian art group Recycle. How do machines see the world? Is their perception influencing ours, causing new forms of art to emerge? And how does virtual reality change the actual physical world around us? Together with the artists, we are given the chance to ponder on these questions as we dive deeper into the world of their creations. The exhibition is part of a bigger project that would feature lectures by leading scientists and then evolve into a website capturing the results of the artists’ quest. You can keep an eye on the official Facebook page of the Central Exhibition Hall to learn about the upcoming events within the project.

This weekend will see one of summer’s spectacular events that is celebrated all over Russia but possibly best enjoyed in St. Petersburg – Navy Day. Being a port city, St. Petersburg annually hosts a navy parade right in its center, which means that this year, too, you will be able to witness some of the best specimens of the current and historical fleets going down the steel waters of the Neva river. They will also be accompanied by a parade of naval aviation, so the spectacle will take place both in the water and in the sky. The parade is set to start at the Blagoveshchensky Bridge at 11 am. Then, just like on any other public holiday, you are most likely to step into a concert or show of some sort in various places around the city center. Annually, the celebration also ends with a grand firework show – this year it is tentatively set for 10:30 pm (again, it will be best seen from one of the embankments in the city center), though it might be cancelled due to the pandemic.