Before I moved to Russia, I was really anxious about the cold; but I had also convinced myself that it's so cold in Russia that all diseases freeze and I won't ever get sick. Wishful thinking! Getting a cold is just a natural part of the full winter experience. Besides some positive thinking and consuming as much citrus as you can, you might be interested in some popular home-style Russian remedies that get anyone from Vladivostok to Murmansk feeling good when they’re under the weather. Some of these were recommended over the last few years in Russia by friends or doctors and many have helped me when I wasn’t feeling well. 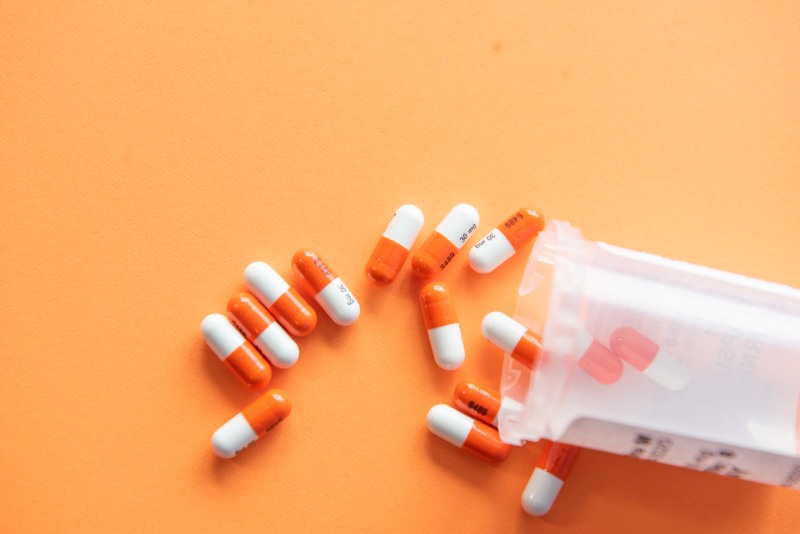 Let's start with some basic habits. Every single Russian person I’ve met has a well developed habit of washing their hands every time they enter a building. It’s not necessary for them to be planning to eat or cook – simply stepping off the street warrants a thorough wash. It's probably because most people use public transport, which is considered to be a hotbed for disease, especially in the winter. When it seems like there's an epidemic coming, many often wash out their noses, too, to flush out any viruses unwise to attach.

Russians also know how to dress warm in the winter. You have to cover all the extremities, especially the feet, hands and head. If you're addicted to your phone, get gloves or mittens that allow you to still touch your screen. But beware: phones and other devices are prone to switching off or glitching out in low temperatures – so don’t keep them out in the open for too long! Russians are also very protective of their lower abdomen area. I've seen many people, especially women, covering their kidney area with a woollen scarf, especially when sick.

The first rule for getting over a cold is to drink LOTS of liquids: water, chicken broth, orange juice, etc. Growing up, these were always my go-to’s when it came to liquids and having a cold. Now that I’ve been immersed in Russian society long enough, I’ve embraced some of the other fun drinks that are popular here:

Mors is a delicious berry drink, which is basically crushed berries mixed with water and sugar. You can make mors out of almost any berry, but the ones high in vitamin C are the best. I’d recommend drinking some cranberry or lingonberry mors, which you can make by yourself or find it in most stores, cafes or restaurants.

This is also a classic cure for a cough or any respiratory tract infection. Grated ginger brewed in hot water might taste a bit bitter, but if you let the water cool to about 40 degrees and add some honey, it will not only taste better, but could potentially boost the healing effect. Honey is widely believed here to have healing properties as long as it’s not mixed in at a very high temperature. You can try some hot milk with honey and butter, or the exotic mixture of aloe vera, honey and badger fat (“barsuchy zhir”) - the latter might sound unusual, but can actually be found at practically any pharmacy in Russia.

Russians like to eat raspberry jam by the spoonful. It's both delicious and rich in vitamin C. But when you're sick, it's more common to mix it into tea, milk or just hot water. Raspberry is also known here for its anti-inflammatory and heating effect. To maximize its warming effect, I've been told it’s best to just jump right into bed after your raspberry jam tea.

When it comes to feet, Russians take things very seriously. When at home, one must always wear slippers – anyone walking barefoot is just asking to get a cold. This is also important when recovering from a sickness. After your body temperature drops below 37C and you enter the recovery stage, a hot foot bath is in order! The general strategy is to fill up a small tub or dishpan with hot water (around 40C degrees). When it’s just cool enough for you not to burn yourself, put your feet and ankles in the water and wrap your upper body in a blanket to stay warm. As the water cools, it’s best to continue adding hot water to maintain the temperature. You should keep your feet in the water for no more than 20-25 minutes. Adding 1 tablespoon of mustard powder will intensify the experience. Another option is to put mustard powder in a pair of warm socks and put them on immediately to keep your feet warm throughout the night. But don’t forget to check that you don’t have a mustard allergy first!

Potatoes are a versatile product! A food staple in Northern Europe, they also can hold in heat much longer than water, which is why many Russian families use the potato steaming method to clear up congested sinuses. You need to boil a bunch of potatoes, drain the water, cover the pan with a towel, dunk your head in under the towel and just breathe in that hot steam. Of course, you have to make sure you don’t burn yourself so it’s best not to try this with children. Once you’re all steamed up, you usually throw the potatoes away, but you can also wrap them in tea towels or a zip-lock bag and use them as a heat pack.

When your throat is feeling a little sore and you can’t shake off that dreaded feeling that a cold is coming on, it’s time to reach for salt and hot water. I grew up with the traditional saltwater gargle, or sometimes gargling an iodine solution. Both methods are popular in Russia, too, but there are some other versions I had never heard of until I came here. Instead of salt, many are known to gargle a baking soda solution. To ease a sore throat, a doctor recently prescribed me to gargle some chamomile tea that I made myself using dried chamomile teabags bought at a pharmacy.

As in most cultures, garlic is a healthy natural go-to antiseptic. Russians also like to eat it raw, mix it with hot water and inhale it. Some Russian households have taken it to a new level. Among the favorites are:

If garlic wasn’t stinky enough, there’s the magic Vietnamese balm zvozdichka. It comes in a tiny jar and smells strongly of menthol. You dab some of it on your palms or under your nose and then breathe through your hands to clear up the congestion. Regardless of its medicinal properties, its smell is so strong that it certainly helps you breathe.

If you enjoy being tortured by burning, these mustard-based applications are for you. Supposedly helping cure respiratory tract infections, especially in the lungs and bronchi,  these natural heat packs with dried mustard inside fry you to the core. You can get them at your local Russian pharmacy - although some Russians even make their own. If you've got a ready made compress, dip them in warm water to saturate but not soak them. Place a thin cloth on your back then apply the compresses on top. Do not put them directly on your skin as they will burn you. Place a warm heavy blanket on top and keep them for up to 20 minutes.

If all else fails, there’s black radish. First, you have to find the radish, of course, which in Russia is a lot easier than in other places. You slice off the top of the radish and hollow out the inside just enough to hold a tablespoon of honey. Then you place the radish on top of a cup so it remains suspended. Then, you pour the honey into the hole you’ve made, you can place the top of the radish over it and let it stand overnight. By the morning there will be some honey-sweetened radish juice which you drink up to cure you! It's great for clearing out phlegm from the throat. You can also keep reusing it till there's no radish left.

And don’t forget to stay healthy and positive!

The contents of this story are provided for educational purposes only and not intended to serve as medical advice. In case of sickness, please contact your local doctor.