Pink and red mush oozing from everywhere, saccharine candy that covertly works on your inevitable tooth decay, and evil flower magnates rubbing their hands in delight; this is the holiday that never really was and never should have been. Think that Valentine’s is great? Then maybe this isn’t the article for you, because I’ll try to change your mind by showing how this disheartening fete can eat away at your logic, composure and self-esteem, even if you don’t know it. There’s some advice on how to survive it too, just to sweeten that pill. You’re welcome. 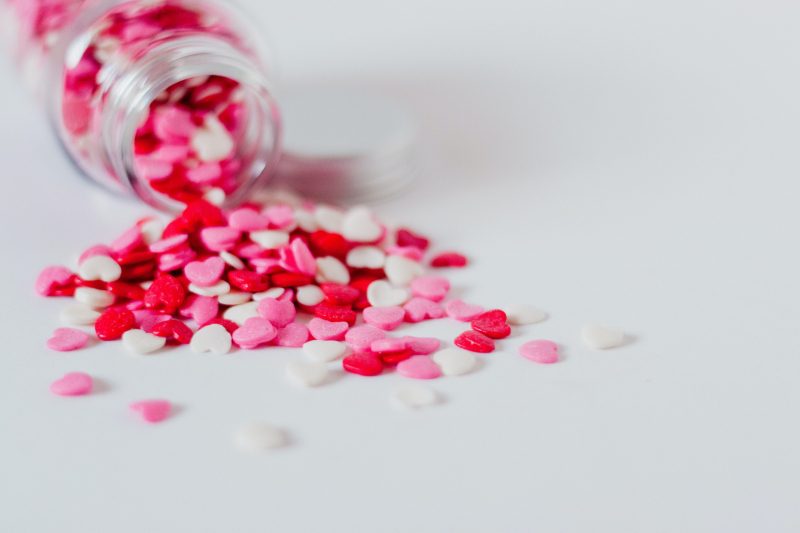 I don’t often see eye to eye with the ubiquitous moral police that are Russian babushkas. But there is one day when our crotchety hearts unite in angry disapprobation, as we wince and hiss at the lovey-dovey couples getting all cozy in metro trains. That day, as you well may have guessed, is February 14, aka Valentine’s Day, aka the bane of my life and the offense to any sound person’s logical faculties.

Now, I don’t hate relationships, even though I’m that grumpy-‘n-proud introvert type. Relationships are fine, great even if your partner rises up to the gruelling challenge of cooking their own food, doesn’t mind Ikea and can scrape enough intellect to make conversations tolerable. But I hate, loathe, despise that Valentine’s farce. Because I don’t understand it. Because I think that as a humankind, we’re better than that. We’re better than celebrating mindless hormones, soulless perfume bottles, tiresome restaurant dinners, and disgusting chocolate wrapped in tasteless foil paper that will still be rotting on the landfill long after you cross the Styx.

And if we’re not better than that, then what were all these centuries of evolution for? Tell you what, we’re lucky that Darwin never lived on to see the full mess, because if he did, I bet he would have burned his treatises and taken up gardening instead. It’s nice and calming, and, as an added plus, plants don’t have feelings. Will a plant expect you to prepare dinner after a crappy day at work (or just prepare dinner, period) or break down in tears because it didn’t receive a Valentine card? Exactly. So who’s the superior being after all?

Seriously, I’ve never met, or been part of, a couple that would really, truly thrive off Valentine’s Day. And if you think you do, well I suggest that you don’t slack on your self-analysis and dig deeper into your subconscious. All that wretched holiday does is just aggravate the cracks that are always there in the soft underbelly of your relationship. It’s like, your date might get drunk and get all deep over store-bought pizza talking about their childhood traumas. Or worse, it might be you who gets drunk on cheap wine trying to feel less awkward and... well, you know the drill. Might as well pack your bags before going out. And you guessed it, these situations are purely hypothetical. I read about them in a book, so there you go.

So yes, the solutions. Are there any? You tell me. My therapist (and by that I mean my ex-psychologist aunt who specialized on Jung and antisocial behavior at the university… ahem) says that I should draw on the overall atmosphere of love and happiness, fake though it may be, and take this as an opportunity for feeling grateful for various things in my life. And if not feeling it, then just writing it down. She proudly calls it The Hungry Dementor Method (c).

I tried it preliminary, and discovered that though I just about manage to muster some gratitude for my morning coffee, its effect quickly wears off, leaving me with a headache, massive withdrawal craving for my next cuppa, and up against all this loveheart-glitter-candy-rainbow-unicorn hoax, contagious like a flu, deathly as a plague. I can’t go to sleep because first, I’m too high on coffee and second, chances are that I’m at work, so I just sit there chewing over the things I hate about humanity. The Hungry Dementor Method has failed me, so I’m planning to ask my money back. (Not that I’m paying my aunt that much, though. But she does depend on our symbiotic relationship because I know she secretly misses Jung and antisocial behavior, and I’m the perfect guinea pig for the former and example of the latter.)

Also, gratitude? What kind of New Age gibberish is that? I’m already too millennial for my liking, what with my almond milk, penchant for avocado on toast and gazillion tote bags occupying every corner of my humble abode, which also boasts an en-vogue plant and a slick, minimalist poster with a motivational quote written in that fake-cursive font we’re all sick of. And I understood every single reference in Ariana Grande’s thank u, next music video. I mean, that’s a diagnosis right there.

But don’t mind my skepticism; this gratitude thing might very well work for you. And you could even buy a shmancy notebook and an optimistically green pen just for this purpose. Just imagine how it would feel, nonchalantly writing your wordy gratitude list in a stylish Moleskine or whatever cool kids write in nowadays, under the adoring glances of cafe waiters, your Mum or, yes, your own therapist (circle the appropriate option). New, better and more self-actualized person, who dis? You dis. Ok, we’re keeping that option on the table. It would be rude not to.

You could also meet up with your friends, if they don’t betray you by being otherwise engaged, that is. Now because I’m an introvert, I don’t have any except for that imaginary dinosaur Greg I lurved to talk to when I was five, so my twist on that is venting to my cat instead. My therapist says it’s okay, so I feel authorized. The only problem is that my cat is starting to avoid me even when I offer it food (it sort of watches for when I leave to then trudge to its bowl, unencumbered), but I don’t think these matters are in any way related. Are they?

Or, psst, we few, we happy few pack of Valentine's haters could attempt to conquer the world and ban the day altogether. Mind you, I know that this plan has its flaws, but beggars can’t be choosers. Just think: we could spill the beans on Valentine’s ugly, commercialized truth by proclaiming it World Florist and Chocolatier Day, or just erase it from people’s minds, why bother. Oh what a wonderful world it would be, without that day of play-acting and pent-up aggression burning a mawkish-pink hole in our calendars. Count me in.

If all else fails, you could just lock yourself up in an underground shelter with a week’s worth of food and a selection of markedly unromantic books. I, for one, will be reading Margaret Thatcher’s biography I got given for Christmas, so I think I couldn’t be safer. Also: Netflix. Bury yourself in some stupid TV show with a glass (of kombucha, it worries me that you thought what you thought) or two, and you’re likely to wake up the next morning with no memories left from the previous day, mind happily empty. The sun will be shining, the birds will be singing, and it will be February 15, when no one will have to pretend and the in-all-other-aspects charming emotion that is love will shed its sickly fuschia cover. Breathe in and out. Life is great (ish) once again.