Few know that the first turnstiles to appear in the St. Petersburg Metro back in 1958 were developed by the ITMO student Boris Grinchel. It was also he who came up with the token-based payment system that we still use today. Over 60 years have passed, but the specialists at ITMO University continue to develop new transport technologies. In this article, we’ll be looking at other projects in this field that are currently being developed at the university. 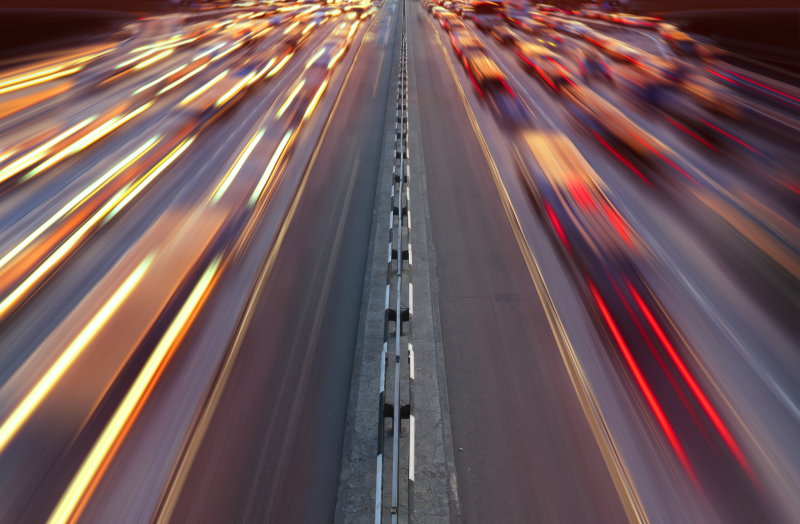 In 1958, Boris Grinchel, a young ITMO (then – LITMO) student, was only 24 and the Leningrad Metro had existed for only three years. Nevertheless, this new mode of transportation has already become the most popular among the citizens, resulting in problems with passenger traffic during peak hours. In those times, passengers had to buy a ticket, much as with above-ground transport. The tickets were checked by ticket inspectors, and though there sometimes were up to 20 of them at a station, this still wasn’t enough.

In order to solve this problem, the student proposed an automated turnstile system similar to those used at factories and production plants. The idea was to equip them with something like a piggy bank: the turnstiles were to let the passengers in once a coin was dropped into the slot.

The problem was of the fare being 50 kopecks (half a ruble), while there were no coins of this worth. So Boris Grinchel introduced the token – he sketched it himself and an artist from the Leningrad Mint helped with the design. Although these prototype turnstiles weren’t very good and were soon replaced, Boris remains the inventor of the city’s metro token.

Driverless trains of the future

Just recently, we wrote about a joint project by ITMO and the Research and Design Institute for Information Technology, Signalling and Telecommunications in Railway Transportation (JSC NIIAS). ITMO’s task, more specifically the task of its Laboratory of Validation and Verification of Complex Technical Systems, is to ensure that driverless trains are safe for people and the environment.

The scientists have focused their attention on a neural network, combined with an array of sensors, that will control the train: they must check all the possible negative scenarios and their possible solutions so that every string of code would lead to a safe outcome and the driverless train itself wouldn’t create dangerous situations.

High-tech trains already exist in the USA, Japan, and other developed countries. But the use of such trains requires a special safe infrastructure, usually one that’s built several meters above the ground. But the creators of this new project want to create vehicles that could be introduced into the existing urban environment in any territory, climate, and cityscape. On the one hand, this makes the project a more ambitious one, but on the other – more suitable for being introduced in today’s Russia.

And what about driverless cars?

Driverless cars are the future being made right before our eyes. While major IT companies like Google and Yandex are hard at work on this technology, they are yet to solve the main issue – make them completely safe.

This has long been a challenge for scientists from all around the world, ITMO specialists included. In 2020, the staff of the Faculty of Secure Information Technologies developed a blockchain-based methodology for monitoring traffic conditions. With the use of their algorithm, it’s possible to register any traffic accidents and store this data in the activity logs of driverless cars. It’s also expected that in the future, this technology will help create databases for the identification of the most dangerous areas of roads.

All of this is essential for the protection of data so it can’t be falsified: even the manufacturers of driverless cars may be incentivised to alter statistical data in order to substantiate the safety of their technologies and speed up mass production. Needless to say, drivers might also want to cover up traffic accidents.

Are we ready for the transition to electric cars?

Electric cars are becoming all the more popular. For example, electric and hybrid cars constitute more than a half of the sales in Norway. And by 2025, its government plans to ban sales of gasoline- and diesel-fueled cars.

In order to find out whether electricity distribution networks are ready for an increase in electric cars, scientists from ITMO University worked together with their colleagues from Tallinn University of Technology and Aalto University. Their goal was to develop a solution that would make it possible to introduce charging stations without overloading the existing infrastructure.

Having studied various types of electric vehicles, batteries, charging profiles, as well as drivers’ habits, the researchers proposed a way to charge electric vehicles with a minimal load on the system. Among other things, the new approach is based on the project for a smart energy system for buildings, the so-called “internet of energy” that’s being developed at ITMO’s Power Electronics and Automated Electric Drive Laboratory. This project introduced wind turbines, solar cells, and a charging station in order to evenly distribute the growing load.

There are plans to use data and models from the above projects in the design of the electricity distribution network of ITMO Highpark.

Yet another problem that’s more relevant for users of electric scooters rather than electric cars is that St. Petersburg lacks sufficient infrastructure for charging batteries. As of today, there’s only a few charging stations, and they are inefficient: it takes more than two hours to fully charge a battery.

This summer, students from ITMO and LETI developed a module for quick-charging electric cars and scooters that can already be introduced in the city. Their startup Powerplace won a million rubles in the EnergyHUB startup competition and received support from the Government of St. Petersburg.

The smart module will not only charge batteries faster, but also decrease the risks associated with overload and emergency shutdowns. The module features special software that controls the strength of current and dynamically distributes the load.

The developers believe that their project will help more people to start using environmentally-friendly means of transportation, as well as pave the way for the mass introduction of electric cars in the city.

The future of electric motors

Another technology that ITMO researchers are working on is a new generation of control systems for nonlinear switched reluctance electric motors. Their essential advantage is that if one of its phases fails, the motor doesn’t stall (like it happens with modern electric cars), but only loses 30% of its power.

Such motors already exist, but controlling them is still an open issue. In order to do that, it’s necessary to develop modern control software based on predictive algorithms, complex neural networks, and fuzzy logic algorithms. Such work is conducted at ITMO’s Power Electronics and Automated Electric Motor Laboratory.

According to the center’s lead engineer Galina Demidova, in Russia, such projects are much more promising, as the market of electric cars is underdeveloped at the moment.

“In Russia, electric cars aren’t popular yet, as their prices are high due to the fact that they are manufactured abroad. So, they aren’t something available for the masses. Also, the associated infrastructure is underdeveloped, as well. Nevertheless, the government has recently made a tender offer for the development of a network of charging stations in Moscow and St. Petersburg over the next eighteen months. It’s quite possible that once these next-gen charging stations are introduced, more people will begin using electric cars. As of today, most research in this field focuses on control systems for power electronics and electric traction motors for locomotives, dump trucks, watercraft and aviation,” concludes Galina Demidova.