The startup Powerplace, a participant of ITMO’s Energy Club, has developed a smart module for use in quick-charge stations for electric cars and is now set to receive a prize of one million rubles for its win in the student startup competition EnergyHUB. The startup was co-founded by an ITMO student, an ITMO graduate, and three graduates of LETI (St. Petersburg Electrotechnical University). 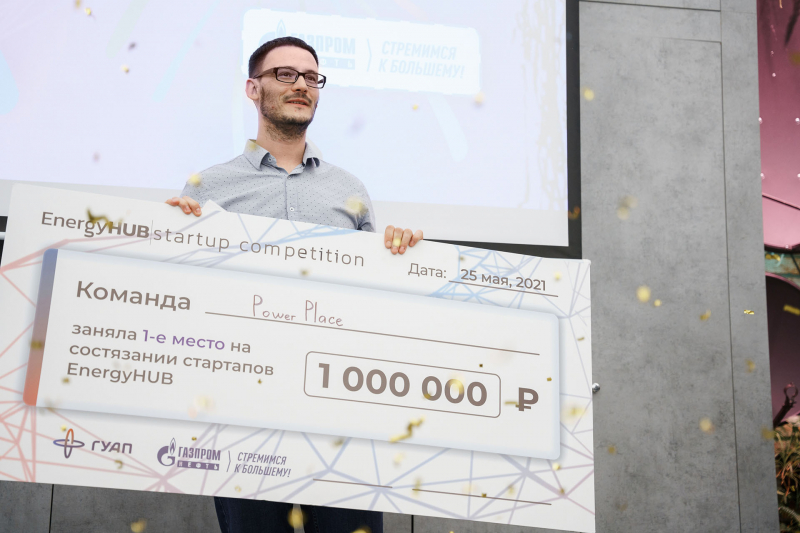 EnergyHUB is an annual startup competition organized by a community of St. Petersburg-based university energy clubs with the support of St Petersburg EnergoTechnoHub and the government of St. Petersburg. The competition aims to support student-led tech entrepreneurship in the energy industry.

More than 50 student startups from across Russia took partin EnergyHUB. The line-up included a variety of intriguing projects, including a solution for underwater robot control, a remote control app for solar cells, a greenhouse gas detection technology, and others. Experts from five Russian venture funds picked a project developed by a current ITMO student and graduates of ITMO and LETI as the winner. The startup Powerplace will receive funding from Gazprom Neft and the association of St. Petersburg-based university energy clubs.

“Our victory was a surprise – we had strong competition and there were many great projects. But we’re glad we managed to win,” shares Olavi Siikki. “At the moment, no one in Russia is working on quick-charging stations in particular. There are those who are involved with regular ones, which are quite simple, but our module is for quick charging, and that’s something of a breakthrough. We’re glad to be among the first to be doing this. In the future, we plan to improve some details and begin mass production so that Powerplace charging stations may become a common sight on our streets. A module is the heart of a charging station. And our startup will be able not only to install its own stations, but to provide modules to other companies on that market.”

Its core product is a patented proprietary software for a power module, coupled with an energy-efficient power circuit. At the moment, a prototype 15 kWt charging module has been produced and lab-tested.

“Powerplace is a participant of Energy Club – a student community at ITMO dedicated to all things energy. As a mentor at the club, I can say that our victories at various competitions are the result of great work done by the student teams,” comments Mika Nurysheva, a mentor at Energy Club. “I’d like to note that Powerplace’s team includes an ITMO student as well as a graduate of the university. It’s a sort of a small victory for us, as we actively collaborate with graduates working in the energy industry and plan to develop that initiative further. This startup competition was the culmination of an event series conducted throughout the year by five St. Petersburg-based energy clubs and Gazprom Neft. We’re already getting ready for the next academic year and new challenges. This isn’t Energy Club’s first win: earlier on, its team was named the winner of the 9th Russian International Energy Forum.”