Generator Pitch Battle: Present Your Project to Energy Industry Experts and Get It Funded

On December 9, students from all over Russia will showcase their projects in front of investors and energy industry experts at the Generator pitch battle organized by Energy Club ITMO. Projects will receive valuable feedback while the best one will also receive a sizable monetary prize. We talked to the team behind the event to learn about the benefits it offers to young startupers, the trick to defending a project in 90 seconds, and the opportunities to find investors as a pitch battle participant. 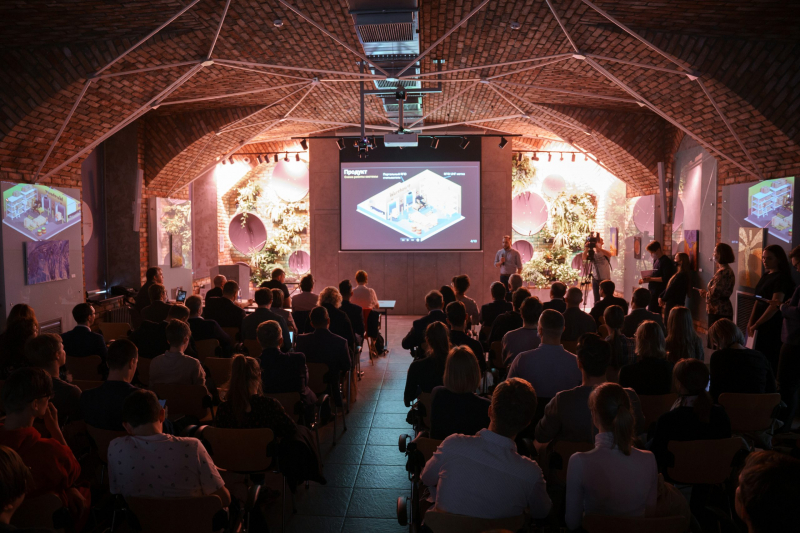 What is a pitch battle

At the pitch battle, each team will have 90 seconds to present their idea by explaining which current challenge of the energy industry it addresses and which resources are needed to implement it. The best pitch will get 50,000 rubles (about $680). To sign up, simply fill out the application (in Russian) here.

“The pitch battle is a great chance to meet experts from the industry, including companies like Kirovsky Zavod, Gazprom Neft, and Lenenergo. It’s not every day that you get the chance to meet the industry leaders and tell them about your ideas. Who knows, maybe later this encounter will turn into a collaboration opportunity,” says Alexandra Klebleeva, head of Energy Club ITMO.

Participating teams may include students from various fields besides the energy industry, such as economics or biotechnology. Moreover, students can present projects at any stage – as just an idea or an already successful venture.

“It’s a wonderful opportunity to network with other students and see how they work. You might join an existing project or invite other participants to take part in yours,” adds Alexandra Klebleeva.

The pitch battle is a springboard to the EnergyHUB startup contest, where experts will evaluate the business plans that the teams and their mentors develop. That’s why after the pitch battle the teams will be able to take part in an acceleration program; teams that perform best at this stage will present their projects at EnergyHUB. The contest’s semifinals will take place on April 25. And the winners of the final round will receive 1,000,000 rubles (about $13,540) in funding.

ITMO.NEWS sat down with Sergey Arkhipov, Head of Technological Partnerships and Import Substitution at Gazprom Neft, and asked him for tips on presenting a startup in 90 seconds and about the possibilities available to startups taking part in the pitch battle and the EnergyHUB contest.

Teams only get 90 seconds to defend their projects at the pitch battle. What topics should they cover in order to win?

Startup teams have to be able to pitch their projects briefly just in case they run into an investor by chance. You have to be able to catch an investor’s interest in 90 seconds so that they would schedule a full-blown presentation. You have to explain the problem, the solution you suggest, and your secret ingredient – why is it that nobody has done it before and why it works in your case. Finally, you need to describe your team and say what exactly you want to get from your investors.

On what conditions do projects receive funding?

It’s offered free of charge, as it’s a grant. Last year, the five participating universities and Gazprom Neft contributed equally to the major grant. The funding for second and third places was provided by Hevel Solar and the Orbita Capital Partners venture foundation.

Have there been projects that received funding despite not winning?

Though, this has never happened, it is possible. For instance, one of the projects from the finals that didn’t get the grant has now turned to venture cafes and business angels for funding. It’s important to remember that the skills you acquire at the accelerator significantly raise a project’s chances to attract investments in the future.

How do mentors communicate with startups?

Mentors are high-profile specialists ready to offer free professional advice to startups. They help verify the team’s hypotheses, such as their marketing strategy, or evaluate the proposed technology to see if the product will perform as planned or not. Naturally, there are other ways to help startups: advisors, consultants, and coaches whose services are typically paid for. That’s why it’s more profitable for startups to rely on mentors.

What do you expect from this season?

We can already see that there are more and more startups coming in, some of them from various Russian regions. This trend is likely to continue, turning St. Petersburg into a point of attraction for Russian and international energy startups. Energy clubs at the city’s universities are working to help each startup benefit from the pitch battle, the accelerator, and the EnergyHUB contest. In particular, the teams can meet their potential clients and investors or enter the target markets they’ve identified for themselves.

Our aim is to assemble a collection of investors, experts, and startups. This community will grow and sooner or later produce tech unicorns (startups with net worth over $1 billion – Ed.). This was an initiative aimed to support and promote the creation of tech startups (based) at St. Petersburg universities. So, if you want to try your hand at tech entrepreneurship, this is the place where you can go through every stage – from an initial idea to the pitch session – in the comfort of your own university. And even if your project doesn’t take off, the skills you get will be useful in the future because it’s never too late to launch a startup. Remember, the average age of startup founders is 40.