The startup’s smart module for charging stations can recharge electric cars and scooters several times faster than a regular line supply. Meanwhile, the module’s software offers protection in cases of emergency and an overall increase in the charger’s efficiency. 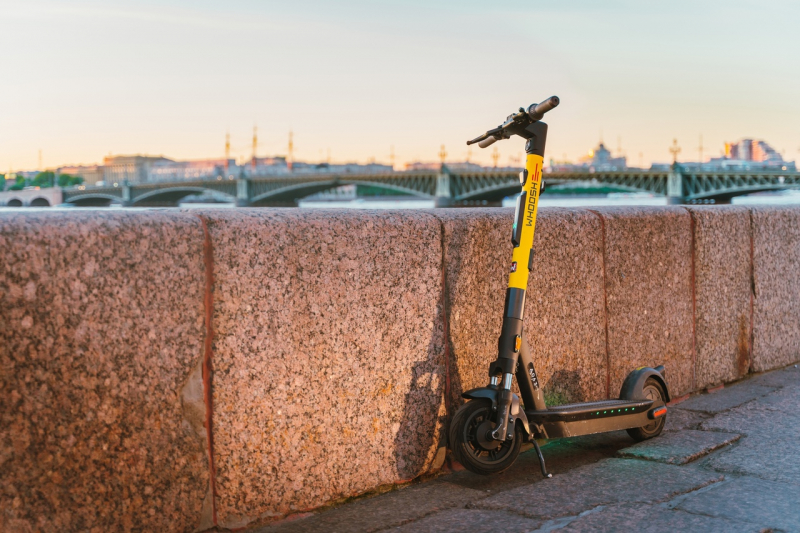 The startup Powerplace, founded by ITMO student Olavi Siikki, ITMO graduate Evgeny Kolantaev, and LETI graduates Alexey Kryzhanovsky, Konstantin Matus, and Sergey Morozov, took part in EnergyHUB, a competition organized with support from the government of St. Petersburg, Gazprom Neft, and Saint Petersburg State University of Aerospace Instrumentation. The project was deemed the best out of 50 other student startups presented at the event. Representatives of venture funds deemed the invention timely and relevant, while Gazprom Neft and the community of St. Petersburg-based university energy clubs gave the team one million rubles in funding.

ITMO.NEWS spoke to the startup’s co-founders, Olavi Siikki and Alexey Kryzhanovsky, on how they got the idea to focus on quick-charge stations, how soon their invention may become a common sight for city dwellers, and the future of the electric power industry in general.

- Alexey, as I understand you are the main author behind the idea of this module. Can you tell us why you decided to focus on a task like this?

Alexey Kryzhanovsky: I got the idea in 2019, when I first saw charging stations in St. Petersburg. As a specialist in converter equipment, I became interested in quick-charge stations, as they are more complex from a technological standpoint. Designing them is a more demanding task, as they interact directly with batteries and must be safe enough to charge cars. You could say that developing these modules was a technical challenge for me.

- And what exactly makes these devices so complex?

The power module is the core element of a charging station, its heart. It transmits powerful electrical energy, and also controls its current and potential. In fact, the difficulty was not with the software, but with the hardware. At that time, I wasn’t acquainted with international developments in this field and hadn't seen any foreign chargers. I only got the data from open sources, for example on Tesla modules – by the way, such modules were once used as on-board battery chargers for electric cars. But there was no detailed information about these devices, as Tesla puts a lot of effort in protecting such data.

So, my colleagues and I did everything from scratch, based on our experience in designing current stabilizers. Some time later, I got the opportunity to study the module’s Chinese counterparts, and I learnt a lot from them in what has to do with technical solutions. But the core difference of our module is its software, which offers more scenarios for use. Our module can charge everything, any batteries: those of electric scooters, electric cars, batteries of renewable energy systems, and so on.

- What’s the demand for this product? One has to admit that there are few electric cars in Russia.

Olavi Siikki: There are now about 12,000 electric scooters in our city. And they are charged in a most simple manner: first, they collect discharged scooters, then take them somewhere to charge from regular sockets. Afterwards, they bring the scooters back. But with the growth of the electric transport infrastructure that’s already taking place, the energy consumption grows, too, and soon companies will no longer be able to charge their huge fleets of scooters at one or even several locations. It will be a humongous load on the power network and entail huge potential losses for sharing companies.

On the whole, quick-charge stations are a crucial feature of interurban freeways that would allow owners of electric cars to charge them in 30 minutes. In the future, many international companies plan to use electric trucks, and quick charge is essential for such vehicles – their batteries will have large capacity, and slow-charging them will take several days. No trucking company can afford this, it’s simply unprofitable.

- So in the future, will we all switch to this system?

Alexey Kryzhanovsky: There’s no doubt that energy storage units will be widely implemented in all fields. For example, alternative energy sources can’t generate energy non-stop, and you need to save what they generate somewhere. Plus, a new market is emerging – the market of discharge devices, as you need to not just charge, but also discharge batteries, as well. All of this will become an element of a smart city.

Olavi Siikki: Let’s not forget that civil aviation is also switching to hybrid systems with energy storage units. There’s also the huge market of drones that are used by both military and civil organizations, for example the Russian Post and delivery services.

- So the whole power industry infrastructure is up for an overhaul?

Alexey Kryzhanovsky: I won’t say overhaul, it’s more about complementing it with smart converter devices on the customer side. Still, it will eventually pose a challenge for power distribution companies, as the power capacity of customer devices will continuously increase. This is already happening. A new term has emerged – the internet of energy – in contrast with the internet of things. It’s about when power sources and consumers are connected via the internet and automatically control the volume of generation and consumption of energy in this network.

Thing is, with the increase in the number of electric cars, the load on urban power networks will increase dramatically. This will result in great expenses for power distribution companies: on construction of additional substations, replacement of cable lines. Otherwise, peak loads will result in district-wide blackouts.

So in the future, the so-called demand-response algorithms, i.e. algorithms for dynamic distribution of loads on power networks, will be used. This will work as follows: the customer agrees to receive less power capacity, and in turn gets a discount. As of today, this technology is actively used in the USA and saves huge amounts of resources for distribution companies that would otherwise be spent on a capital renovation of the power infrastructure.

- How will quick-charge stations help solve this problem? Your module, in particular?

Alexey Kryzhanovsky: We plan on using demand-response algorithms in our module, as well as use the dynamic distribution of loads. This is what makes it different from the Chinese counterparts. We also plan to collaborate with Russain battery manufacturers: since we develop our own software for the modules, we can create specific charging algorithms that will help increase the lifespan of batteries and charging devices and slow the degradation process.

Olavi Siikki: There’s also another side to this: it’s important for the infrastructure to be able to adjust to higher capacity. Therefore, there’s an issue on the side of the city. Still, the market is developing rapidly, and major companies are becoming interested in this field, much as the city – so I guess it will become easier to deal with such issues.

- And what about collaboration with the city and major businesses – have you had the chance to communicate with their representatives? What do they think about your invention?

Olavi Siikki: We are already communicating with Gazprom Neft and Rosneft – ITMO’s energy club collaborates with these organizations and helps us establish contact. At competitions, we get to know venture investors and representatives of companies, foundations, and so on. Companies understand that there comes a time when if you don’t do something now, you’ll end up too far behind. Among others, we’ve talked to companies that win tenders for supplying ready-made stations. They need domestic-made products and they are ready to consider us.

In truth, participating in competitions such as EnergyHUB is good not because of the money – though money is indeed important for developing a project – but because they are points of entry into a specific environment, and people start recognizing you as someone who works in this field. It’s the networking you get in this innovative field that helps to promote such projects and inventions. You can’t promote them if you keep them to yourself. And such competitions help to not just attract public attention, but also get expert opinions, support, advice and, potentially, investments.

- Great. So what happens next? Is your invention ready to be used in the industry?

Alexey Kryzhanovsky: In the future, we plan to become a community-focused company and hope to develop this technology in Russia, create new job opportunities, and increase the overall occupational prestige of the profession of an engineer in the field of energy conversion technology. After all, a specialist working in this field has to know a lot: electrical engineering, programming, control theory and so on.

We also have to finalize our module in what has to do with compatibility, as we also focus on the European market.

Olavi Siikki: Our roadmap is still being developed. But the end goal is to have our modules at charging stations – either ones that we’ll develop ourselves or as power sources at other companies’ stations. So we don’t see other manufacturers as competitors, only as partners. There’s a lot to be done in the coming years, which is why we need to work together in order to develop this infrastructure and transform the city. We all have the same interests.