Citius, Altius, Fortius: ITMO University Among the Leaders of Project 5-100

ITMO University was selected among the leaders of the 5-100 Russian Academic Excellence Project for 2015 at the meeting of the International Council on Competitiveness Enhancement of Leading Russian Universities among Global Research and Education Centers in Moscow on March 18 – 19, 2016. On the basis of its' success and plans for further development, ITMO University is to be awarded 900 million rubles in subsidies for 2016. 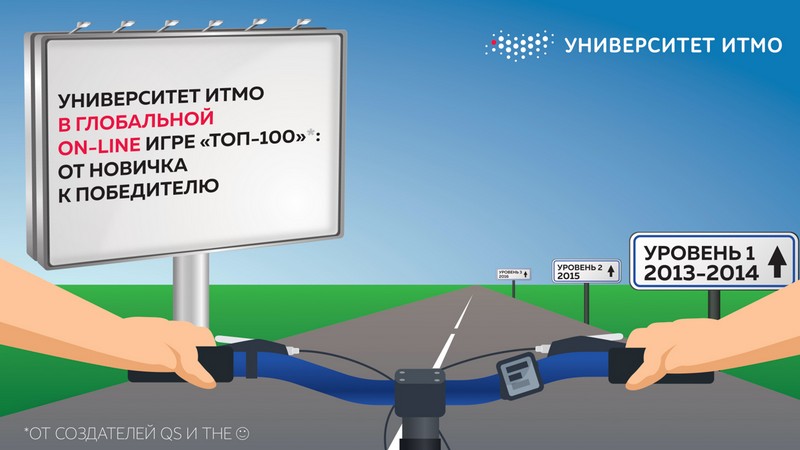 As with last year, each university had 40 minutes to present their accomplishments, share their development strategies and answer questions. This year the Council paid special attention to how things are moving forward and the main priorities chosen by universities to extend research and educational activities as well as to improve their management systems. The organizers are sure that these criteria are most important for Russian universities that aim to enter the list of top international universities by 2020. “A well-coordinated team was sent who sincerely believes in success” – shared Daria Kozlova – “As the vice rector for international relations, I was especially pleased that the Council asked many questions regarding our relationship with foreign partners. We had a lot to share in this regard! We talked about our work in enrolling international students, about our project to expand our partnerships with leading international universities and about our intensive scientific advancements, including the launch of Russia’s first Master’s program on Science Communication.” Last year, the scientists at ITMO university were successful in taking scientific research to another level. And the vice rector for research, Vladimir Nikiforov, believes that without their hard work the overall success of Project 5-100 wouldn’t have been possible.

“We chose the right strategy for being at the forefront of international research in ITMO University’s areas of core research competencies: in information and photonic technologies, and their convergence. The main result of 2015, in my opinion, was the formation of an international scientific research system, a key element of which is the international scientific laboratories. Their efficient operation ensured that ITMO University was ahead in many scientometric indicators amongst all universities in the program - for example, in terms of the rate of growth of the total number of scientific publications, and the total number of scientific publications co-authored with foreign colleagues,” – explains the vice rector.

Marianna Chistyakova explains that, based on this new decision regarding subsidies for 2016 and subsequent years, new elements of financial support will be introduced for universities, who are trying to make it to the top 100 best international scientific and educational centers. Amongst them, is support for organizational changes of the University (“transformational component”), concentration of resources in breakthrough areas and the relevant structural elements of the universities (“supporting component”), and implementation of cutting-edge research (“scientific breakthrough”). Based on the goals and plans of the universities and the dynamics of their progress over the last few years, the participants in Project 5-100 were divided into three groups: the first group will receive a subsidy of 900 million rubles, the second group - 500 million rubles, and the third - 150 million rubles.

“Since 2013, ITMO University is on track with its goals, by implementing its outlined strategy step by step, more confidently with each step, - says Marianna Chistyakova. – Of course, this achievement is due to the entire team at the university, without teamwork we would not have achieved new victories from year to year. We will continue to concentrate all our efforts on the key areas of development outlined in the “road map”, following a clear plan which, as became clear in Moscow, is fully supported by our colleagues from the International Council.”

Being non-classical, modern and centered around young and promising researchers, ITMO University presented its` development strategy using a non-standard approach; the experts illustrated the participation in 5-100 Project as playing a global game. The University is the main hero of the so-called “TOP-100,” who has to solve challenges to make progress and reach the next level. As it completes more and more difficult missions and spends less and less time to accomplish them ITMO University moves from the “beginner” level to “winner.”

“We use different words to describe ITMO University such as innovative, entrepreneurial, international and person-focused. However the main word, which drives our progress, is “love.” All things that we do at ITMO University are powered by this feeling.  We used this concept in our presentation for the International Council.  We are sure that this strategy correlates with modern trends in higher education. Young, flexible and dynamic! It`s more than a university! We are proud to be a part of ITMO`s team, which promotes success and progress of the University,” noted Anna Veklich, advisor to the Rector, head of Strategic Communications Department.