ITMO U Helps Talented Children at Sirius Center in Sochi

The first session for talented children at the "Sirius" study center ended on 24 July. Over the last three weeks, high schoolers have been working on challenging projects under the supervision of specialists from Russia’s leading educational, research and commercial establishments. 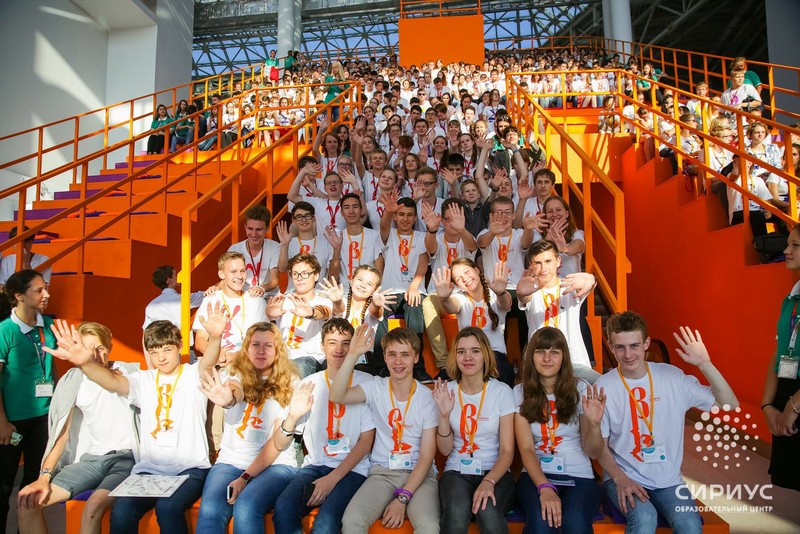 The "Sirius" project is organized around three main areas: science, art and sports. Sessions for science and art programs took place from 1 July to 24 July. The participants were divided into teams and spent their time working on complex research assignments and practical tasks — like doing projects on making space habitable, designing electric vehicles for the International Space Station, making use of Big Data and developing artificial replacements for human body parts.

Many of Russia’s top universities, research and commercial establishments have taken part in developing the curriculum for the session — including M. V. Lomonosov Moscow State University, National Research Center "Kurchatov Institute", Moscow Institute of Physics and Technology, "Yandex", and many others. ITMO University signed an agreement with "Sirius" in May, and has organized a series of projects in robotics and "smart" technologies, as well as submitted its own projects for the center’s show floor. All the participants of the session were divided into 69 groups — each having its own task that could possibly help solve a real production issue in the future. The group which was supervised by staff members from the School of Computer Technologies and Controls at ITMO University — Igor Lositsky and Alexander Kapitonov, and their partner, a graduate of St. Petersburg State University Ilya Shirokolobov consisted of 19 children, who managed to complete 3 projects during the session. The first one was a robot focused on human-robot interaction — the task was not only to construct a working frame, but to add features such as voice recognition and speech, as well as work on its appearance. The goggle-eyed robot constructed by the children uses Yandex SpeechKit technology for voice recognition, talks using the eSpeak voice synthesizer and can turn its eyes towards his dialog partner to attract his attention. The other project was the Eraser-robot: a two-wheeled robot that is programmed to search and erase markings on an eraser-board. Finally, the third project was a working prototype for an automated parking lot — the children have constructed two AWD vehicles, a building for the site and a parking box with lane markings to show the principles of its work.

"The first session was quite an undertaking — a lot of people, including those from the upper echelons, contributed to this ambitious project — and it worked out splendidly, — shares Igor Lositsky, a staff member for the School of Computer Technologies and Controls at ITMO U. — The "Sirius" Center was located in the Olympic media center, a huge building which is yet to be fully utilized. Even now we possess a considerable amount of hi-end equipment, and we expect it to increase soon. So, things are looking fine for the project. Such initiatives are invaluable for the furtherance of science and engineering among children, robotics included. Children love to construct their own robots, as they can see the results of their work right on the spot. Most of the children in our groups have already had some experience in building robots, which allowed us to work at a particular level — and bring their ideas to life. This creative process is what makes robotics so popular among children of all ages. Many high school students from St. Petersburg, who never knew of the existence of the robotics laboratory at ITMO University, now want to apply there. They now have a chance to do something one could only dream about some time ago — to design clever robots". ITMO U students Nikita Lipkan and Artem Moskalev helped their group to work on another project: they were trying to modify a cupboard and a table, creating prototypes for "smart" furniture. The children had to think through the designs, develop the hardware and the software for this project. A remote-controlled table remembers his owner’s habits and helps him to work out a better schedule; a motorized cupboard will help to choose one’s clothing for any and every event. Alexander Sumovski, another student from ITMO University, combined robotics and "smart" house technologies in a different project: his group created a prototype of a robotic vacuum cleaner based on the TRIK robot construction kit.

With the help of ITMO’s staff members, the young talents have also designed a basis for a multifunctional unmanned submarine, a prototype of an artificial human ear based on a fiber-optic transmitter and constructed an experimental device for measuring and registering admixtures in water. Aside from completing practical tasks and working on their own projects, the participants of "Sirius" had the chance to meet Russia’s leading scientists and experts in such fields as education, science, business and innovations. ITMO U’s Rector, Dr. Vladimir Vasilyev made a presentation "Professionals of the new Era. Who are they?" and answered questions concerning the latest tendencies in education and forecasts for the labor market. He shared his opinions on which specialties to choose, as some might just "die out" by the time the student gets his diploma.

On the 19th of July, a delegation of government officials and businesspeople led by President Vladimir Putin visited "Sirius". He examined the center’s work and checked out the projects created during the last session. Such people as Andrei Fursenko, the president’s assistant, and Anatoly Chubais, chairman of board of ROSNANO group, were also among the delegation.

"Most forward-thinking universities have already built effective "university-employer" partnerships. Starting with their first year, students work on their electronic portfolio, which can be easily accessed by potential employers", — explains the session’s tutorial secretary Vladimir Larin. — "Thanks to "Sirius", we can extend this chain up to one’s school years, and help the children meet their future employers. We work with talented children — those who win contests and best competitions. And we believe that it’s really important to guide them, show them different fields they can apply their talent to, and tell them of different kinds of professions. This way they can make their choice consciously, they can try it out, meet their potential colleagues and analyze their experience. As a result, we have a motivated graduate who sees his own goal, and this goal isn’t just attending some prestigious university — it’s working for a particular company after he has graduated. Unfortunately, most high schoolers now have quite a vague impression of the modern labor market and the professions in demand. Here at "Sirius", we are trying to change that". The conditions created at "Sirius" are most favorable — the children are supervised by some of the country’s best specialists, and have access to high-end modern equipment. The center’s show rooms are more like scientific workshops than exhibitions, a place where a person is surrounded by the latest products of modern science and technology and inspired to create something of his own. These facilities are managed by Irina Aktuganova, a leading expert in museum and exhibition activities and ScienceArt, and were created with the help of Lyubov Strelnikova, editor in chief for the "Chemistry and Life" scientific magazine. ITMO University has also contributed to the exposition: the eScience Research Institute has presented a 3D medical atlas for monitoring a patient’s condition, as well as another system which shows how a disease can spreads on a train trip.

"Sirius" is working throughout the year, providing education and guidance to over 600 talented children from different regions of Russia.