Robot Cleaner to Save the Arctic

Discovering the Arctic can’t be done without the barrels of fuel needed for heating and electricity. But what do they do with these drums after they are emptied? Unfortunately, they do nothing as it is not profitable and this raises a huge ecological concern. Teenage students studying robotics identified this issue and showcased their solution to this problem at the Russian Robot Olympiad, winning first prize in the creative category for their age group. 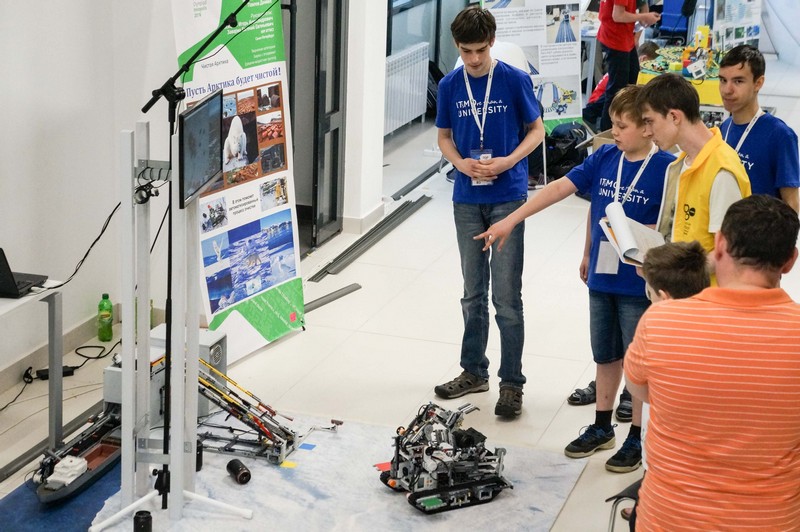 The Russian Robot Olympiad held at Innopolis University from 8−10 June gave students an opportunity to use technology to address a prevalent issue "the fight against waste". A team of school students, Gleb Zagarskikh, Danil Pavlov and Danil Martynov, representing three different schools, under the guidance of trainer Igor Lositsky from ITMO University’s Department of Control Systems and Informatics competed in the event. Their "Clean the Arctic" idea is to have robots requiring no human intervention making their way through the icy coasts collecting barrels, regardless of how they’re strewn across the ground. The system can potentially use a quadcopter with a camera to identify the locations of the drums. Mr. Lositsky believes that they might be able to find interested sponsors in order to fully implement this project.

He affirms that "Children don't like to just study something abstract, or to work on some small project and then forget about, they want to do something big and significant and solve real issues, show it to experts and win competitions. Then they will see that the sky is the limit." In order to participate in the International World Robot Olympiad-2016 which will be held in November in New Delhi, India, the team must go through a final qualifying stage where they must prepare video presentations of their projects for an expert jury. "Last year our team became world champions in the creative category, and I think that we have a chance to make it in the finals this year," - says Igor Lositsky.