The staff of ITMO University’s Chair of Engineering and Computer Graphics have returned from the summer school in Tallinn University, where they studied methods for researching human-computer interactions. ITMO University can well host this course next year. 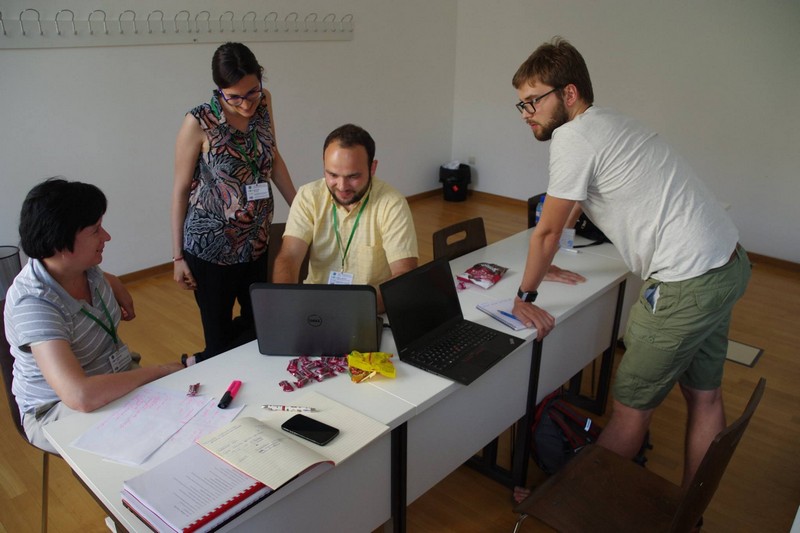 The summer school organized by Tallinn University in collaboration with Cyprus University of Technology is a three-week intensive program that includes courses in both human and natural sciences. Most summer school's events are based in Tallinn; still, every year the university chooses new partners from different countries for the course on the methods of human-computer interaction research. This year, Dubrovnik (Croatia) was chosen as the place for the course, the main topic being modern technologies for the elderly and people with disabilities. The course was called “Research methods in HCI” and was more for PhD students and researchers rather than Master’s and Bachelor’s students. The lectures and hands-on sessions were dedicated not to the gadgets and interfaces, but to research methods used for their development: ethnographic methods of human-machine interaction research, methods for systematizing the results of qualitative research (including methods of Thematic analysis), gaming techniques applications, etc.

Senior lecturer of ITMO's Chair of Engineering and Computer Graphics Alexei Lavrov, Andrey Balkanski and Lidia Korpan, as well as head of the Laboratory of Interface Design of ITMO's Design and Multimedia Center, Elena Veselova took part in the program.

Prior to the start of the program, the organizers split the students into teams of four or five for hands-on sessions: each team had to choose a problem to work on, develop the necessary methodology to check their hypothesis and, finally, propose a technology to solve it. Andrei Balkansky's team decided to work on a service for the elderly who travel alone, as many hesitate to go on distant journeys because of the language barrier or age-related diseases. Alexei Lavrov and his colleagues worked on making earphones "trendy": some of the elderly think that glasses and earphones are something associated with old crones and are against using them despite the necessity. Lidia Korpan's team took on introducing speech and gesture recognition technologies into computer interfaces, and Elena Veselova's team - the additional reality technologies for increasing physical activity of the elderly.

"Context is what's important when choosing a method. They've showed us a study on the awareness of children of their rights as an example. If one conducts a regular interview, the child can clam up, and it would be impossible to get enough information. A flash-game was developed for this purpose - one where you had to make some decisions based on the situation. The children had to explain their choices, and results were recorded. This is a good example of a mixed study: we get the quantitative data from the test, and understand the reasons of children's actions at the same time. The picture we get becomes a lot clearer", - explains Alexei Lavrov.

One has to consider lots of different nuances when conducting a research, adds Andrei Balkansky. There is also the need to process the received data, categorize it, and such.

"The lectures went on till 2 pm, but the teams worked till the evening: these 5 days were really intense and rich with new experiences. This autumn I'll be leading the "Methods of processing experimental data" course and I'll definitely include what I've learned from this summer school - most of the students will find it useful in preparing their theses", - says Alexei Lavrov. We'd like to mention that ITMO can become the next year's place for the course in human-computer interactions in 2017.

"We've already discussed this possibility with our Estonian colleagues during our previous meetings, and this time we've made a written arrangement. There may be some difficulties, though; for instance, international participants will have to get Russian visas. But we are set on solving any problems", - says Lidia Korpan.

Amongst other things, the talks with colleagues from the Tallinn University and Cyprus University of Technology included ITMO University’s participation in European online Master's program Interaction Design. Specialists from ITMO's Chair of Engineering and Computer Graphics in collaboration with representatives of the Tallinn University also plan to organize a conference coincided with the World Usability Day.