«Quantum Communications» Has Made a Deal with an Outside Investor

ITMO University sold a share of its' company «Quantum Communications» to NEOTECH company. The parties signed the agreement at the St. Petersburg International Innovative Forum. This bargain is a good example of how universities can reach the innovative market. Dealing with companies is not widespread among Russia’s universities but ITMO’s one may become a driver for a further partnership in this field. 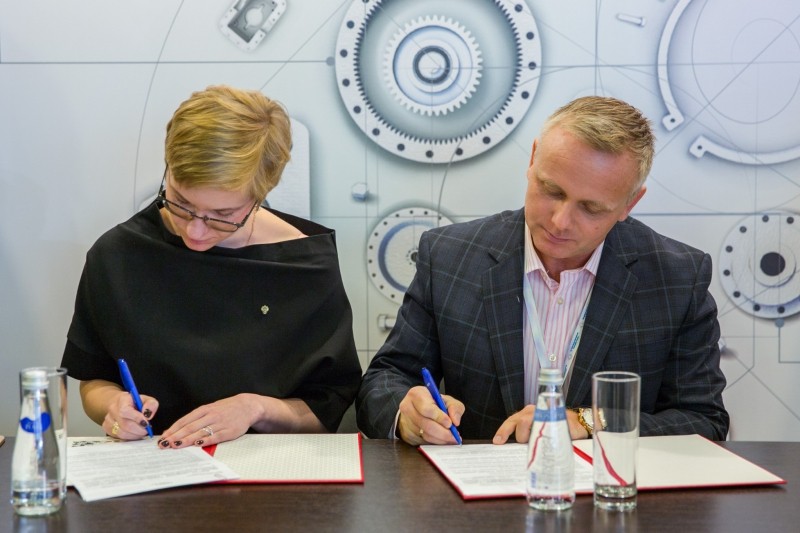 «Quantum Communications» company was organized on the basis of the Quantum Center of the Department of Photonics and Optical Information Technology in 2012. Its' team develops a guard quantum channels for optical fibers. In 2014 the company launched Russia’s first urban quantum communication link, in August 2016 together with colleagues from Kazan Quantum Center it developed the pilot segment of the multi-hub quantum network.

According to Artur Gleim, head of Quantum Communications, the network system, made by the Russian scientists, transfers data ten times faster than existing quantum systems. Furthermore, the possible transmission distance is 250 kilometers, which is much more than other systems provide. Thus Quantum Communication’s technology is one of the leaders in the market.

It is a unique deal for the University and Russia, says Sergei Khmelevsky, CEO of NEOTECH. It was the first time when a private company invested in the university’s project. NEOTECH has spent about $ 500,000 US. The relevant document management system for such deals is yet to be invented in Russia. The main reason is that a small innovative enterprise is a novelty — the first company based on a university was invented in 2009.

«By the end of this year we plan to certify the invention, develop a pilot version and reach the international market. Now some foreign banks, Russian mobile companies and the government are interested in quantum communications. Furthermore, the project takes part in the National Technology Initiative's road map and also is going to develop a European-Asian quantum telecommunication network including a satellite communication system,» added Mr. Khmelevsky.

Organized in 2010 NEOTECH prepares, provides and also examines innovative projects on venture, industrial and infrastructure bases. The company has completed over 20 investment deals with innovative startups. During the last year and a half the company supported ITMO’s quantum startup. It also assisted Quantum Communications in hiring experts, providing marketing activities, looking for partners and customers and also presented the project to investors.

Currently ITMO University owns less than a half of Quantum Communications. Based on the current agreement the University holds a small share to receive dividends from the forthcoming activity of the company. It is the first deal for the university when it sold a share of a small innovative enterprise to an outside investor, noted Nina Yanykina, head of the Project Management and Innovation Department.

«This deal has a high margin, in terms of the share cost. It proves that the university’s researchers obtain excellent results in scientific and entrepreneurial fields. It is also a significant step of collaboration between ITMO and NEOTECH, which serves as a tech broker of the University,» said Ms. Yanykina.

Nina Yanykina also mentioned that the experience gained from this deal will be used to develop other small innovative enterprises at ITMO. According to the last survey, many of them are ready to sell their shares.

According to Nina Yanykina, the benefit of such deals is obvious when you take into account the example of Stanford University selling its' startup in 1999 and spending the revenue on a new research campus which continues to function to this day.