In Terms of Science: the Explanation for Paranormal Phenomena

Ghosts, demons, aura — all these phenomena can be explained from a scientific point of view. Alexander Panchin, biologist and science communicator disproved well-known paranormal phenomena at his lecture for Gutenberg Lounge, sci pop project, which took place at ITMO University. 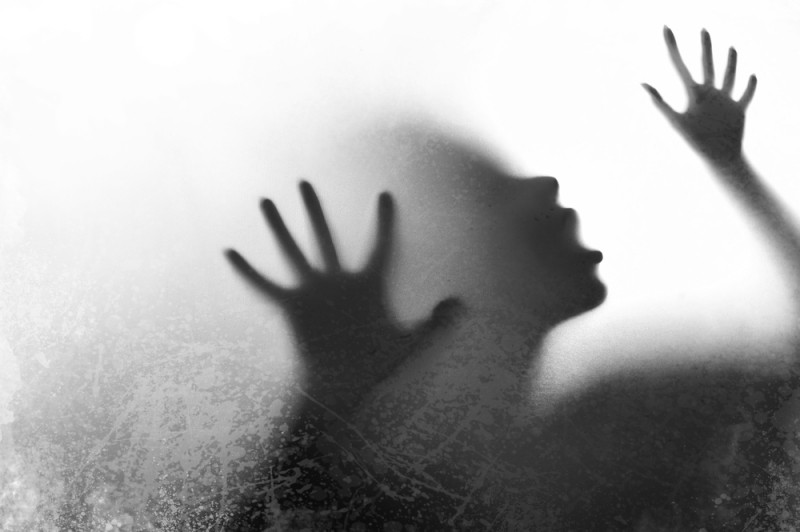 Sometimes everybody feels strange constraint right after awaking. At the same time it may seem that something or somebody is near your bed or, which is even worse, pushes against your chest so that you cannot breathe. Previously, people explained that by demons. Each culture has its' own superficial creatures: Arabs call them jinns, Russians have the «domovoy» (house spirit), Japanese use the word «kanashibari.» There are various versions of evil creatures that attack humans when they sleep. Those people who believe in mysterious things suppose that this feeling proves the existence of demons.

However scientists have a different point of view — that this feeling is caused by physiological processes related to sleeping. It is called night palsy. Usually our sleeping consists of «quick» and «slow» phases that take turns. The first one is determined as «rapid eye movement sleep» (REM phase) when we move our closed eyes and our brains work as fast as it does when it’s awake. If one wakes up a person who is in the REM phase he or she will definitely say that they saw a dream. Thus, passing of brain-muscle signals is blocked. Otherwise we can start fighting, biting and so forth depending on our dreams. Thanks to this «blocking» we sleep quietly.

Some people suffer from sleeping disorders. There is an example described in medical manuals: one man saw a dream that he was playing American football. He took head of his wife and shoved her out. And this was an occasion, which ended good in comparison with others when people killed others while sleeping.

There is one more disorder called sleepwalking. It is caused by problems with the «slow» phase. During them people do something that doesn’t require mental activities.

There other paranormal phenomena — phantom limbs is one of them. Many patients with amputated limbs continue to feel as they still have it. However, some believe that it proves that people have «subtle bodies» in addition to real ones. Neurobiologists have a different explanation: even if someone lost a limb, his or her brain continues to believe that it’s still there. The reason for that is neuronal cells that previously got signals by this limb and managed it. That is why one can feel the pain by an amputated limb — one calls it phantom pain.

Here is how this mechanism works: a brain continues to send signals to the amputated limb, for instance, a hand. Then it starts thinking that the hand doesn’t react because it has serious trouble, caused by pain.

To deceive the brain, Vilayanur Ramachandran, an Indian neurologist, created a special mirror box. A patient puts the unaffected hand inside and focuses on its' reflection. Then he has to imagine that he move both hands simultaneously. This procedure helps many patients with amputated limbs.

Everybody can receive such an experience by taking part in the experiment described in various publications. One puts a fake hand in front of a test person, so he can see both his hand and the fake one. Then one strokes both hands simultaneously in one direction. Eventually one starts to feel like the fake hand is his own one. It can be proved if one hits the fake hand with hammer and then evaluates the reaction of the person using the polygraph detector. Minds of some people work in such a way that when they imagine a number it is associated with particular colors. This phenomenon is called synesthesia. Our mind can connect more than just colors and numbers — a human can hear certain music while looking at a picture. Scientists explain it with the following idea: brain sections responsible for perception caused by different signals can «intercross.» It provokes parallel associations with numbers, colors, music etc.

But some people declare that they can see humans' auras, a specific surrounding radiation. Some of them are obviously liars, others are synesthets. The latter can, for instance, see people surrounded by a colorful «aura» depending on their relationship.

When life is over

Some of the patients who had cardiac failures or clinical deaths felt like they were in the afterlife. There are lots of typical stories of the so-called «near death experience.» About a half of them said that they realized their death, one fourth were sure that they left their bodies and one third also thought that they saw souls of dead people and described this experience as positive. The main point is that about 50% of these people were not near their ends — they had almost harmless operations. When medical experts made experiments with people suffering from epilepsy they realized that when certain brain sections are localized a patient feel like he has left his body. His eyes seethe same view but he feel like hanging under the ceiling. How does it work? Just imagine a phone with a working camera and a broken GPS system, which shows that you are on the Red Square in Moscow, but according to the camera, you have the Statue of Liberty in front of you. Finally you have come to the point that the Statue was stolen and removed to Moscow. The idea is that it is unusual for our brains that something is «broken.» It provokes illusions.

The «light at the end of the tunnel» is much easier to be explain. Pilots have this visual illusion when doing exercises in centrifugal machine. Rolling at fast pace causes blood flow out. Thus not only brain but also retina start suffering from oxygen deficiency. Peripheral parts of retina contain smallest amount of light-sensitive cells than in the center, so the deficiency of oxygen becomes the reason for losing peripheral vision. And so the person can only see a spot of light in the very center with the darkness surrounding it.

The lack of oxygen also causes visual hallucinations One can see them because of reduction of neuronal cells activity or their death. So, people suffering from Alzheimer and Parkinson diseases have brain damage that become the reason for these hallucinations. That is not big surprise that terminal states can provoke the same reactions.