Scientists from ITMO University figured out how to design more efficient and compact devices for generating pairs of entangled photons. The research team found that the number of entangled photons increased when the light beam passed through a special nanolattice compiled of metal layers. The effect of entanglement is enhanced by a strong electrical field arising in the lattice. Previously, such experiments could not be analyzed theoretically, which is why the new method opens big opportunities in designing a wide range of quantum devices, for example, elements of optical computers and secure communication systems. The results were published in Physical Review Letters. 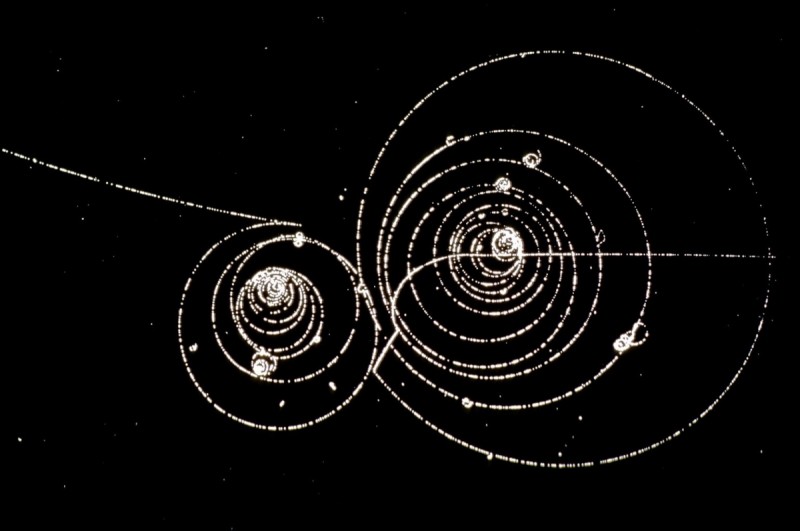 Entangled photons are frequently used in quantum data transmission, quantum teleportation and are considered to be instrumental to the rise of optical computing. Quantum entanglement occurs when entangled particles are united by a single quantum state and therefore retain correlation at distance. For example, by measuring the state of one entangled photon, scientists can determine the state of the other one.

Photons become entangled when a single photon splits into two (or three) photons with less energy. It is crucial to generate such particles effectively, at room temperature and in a compact device. Currently, out of a billion photons, passing through optical fiber, only one photon yields an entangled pair, while equipment, used to perform such experiments cannot be integrated on chip. There exist more efficient ways, but they involve extremely low temperatures.

The researchers at ITMO University along with colleagues from Ioffe Institute and Australian National University developed a calculation method that allows scientists to design more efficient and compact devices for entangled photons generation. The calculations are based on the Green’s function, which has been used in physics for a half of a century, but for entirely different tasks. In turn, the logic of the new approach for generating entangled particles is such that first photons are converted into entangled plasmons, and then, maintaining the entanglement, — back to photons.

Speaking roughly, a plasmon is a photon with an electric add-on that manifests itself after the photon comes in contact with electrons of metals. A wave of plasmons appears on the border between metal and a dielectric when a light beam shines on them. The electric field between the metal and dielectric layers becomes so dense that non-linear (at level of individual particles) processes are strongly intensified. The field mediates higher amounts of entangled particles, plasmons, which can be easily turned into photons with methods already known to researchers. Thus, the new approach can multiply the output of entangled photons and potentially fit a quantum device on-chip. The nanostructure proposed by the scientists to create entanglement is, in fact, a metamaterial — in this case a periodic lattice, where metal layers are mixed with dielectric layers. When light passes through such a lattice, photons split into pairs of entangled plasmons.

The developed calculation method is suitable to design a range of devices: plasmonic metamaterials, waveguides, devices for generation of two or three entangled photons or, on the contrary, for devices, where several photons merge into one. For example, ultraviolet diodes and lasers involve generating a single photon out of three. Such light sources are quite expensive and bulky. Metamaterials can make them more compact.

Metamaterials can provide a 70% increase in efficiency of collapsing single photons into entangled pairs. "We propose to combine the advantages of two current approaches, that is, to combine lasers and metamaterials in an optical circuit. Such devices can potentially be made compact and operate at room temperatures. We can improve their brightness enhancing the signal by plasmons," says Alexander Poddubny, first author of the paper, researcher at the Department of Nanophotonics and Metamaterials at ITMO University and Ioffe Institute. Prior to the study, there were virtually no investigations into the quantum effects of plasmonic metamaterials, since it was thought that in order to observe them, the heat losses in the system must be very low. "Two years ago, American scientists managed to entangle plasmons. The work was experimental, and theorists tried to explain it. But it turned out that quantum optics cannot describe a system with such huge losses, like the one with plasmons. However, using such systems, we can enhance the performance of devices for entangling particles, and fit them into nanoscale optical chips," notes Ivan Iorsh, researcher at the Department of Nanophotonics and Metamaterials at ITMO University.

It used to be possible to calculate only linear properties of metamaterials: light transmission or reflection. Now the scientists have discovered another degree of freedom, which is in charge of nonlinearity. "We realized that metamaterials had to significantly strengthen nonlinear processes," continues Ivan Iorsh. "But how to quantitatively estimate the effect of heat losses, was unclear. Now, with our formalism, researchers can estimate, for example, whether the losses are too big to prevent the application of a certain quantum nonlinear device for some task or not, and therefore, they will be able to optimize metamaterial design."