Opening of the central part of the Western High-Speed Diameter became good news for St. Petersburg drivers. Since last week, Vasilyevsky Island has received one more connection with the rest of the city. The new road is widely discussed in media and social networks. How does this high-speed motorway affect the traffic in St. Petersburg? 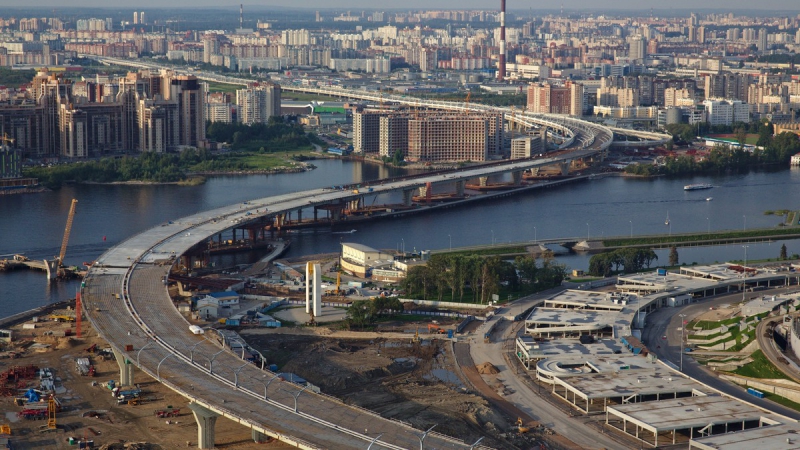 During the first day, almost 160,000 drivers used the new road. Despite the fact that it was on Sunday (December, 4th), the traffic was much higher than on weekdays. On Friday, December 9th, the number of cars that passed through the motorway beat records — over 223,000 carswere registered. According to L!FE news agency, more than 1.3 million people used the motorway during the first week. To pay for using the motorway, the drivers can now use transponders, special devices for remote payment. Those on the Western High-Speed Diameter are in high demand. When the new road appeared, the company which is in charge of the motorway issued 1,500 transponders a day. Before its opening, such an amount was issued in a week.

However, despite the popularity of the new motorway, St. Petersburg’s transport system didn’t really become more efficient. According to Yaroslav Smirnov, head of the Optimal Drive company, everybody understands the word "efficiency" in a different way. "How do we define "efficiency"? According to the Lewis-Mogridge Position, the more roads are built, the more traffic there is to fill these roads. For example, without traffic control tools like payments for passage, the Western High-Speed Diameter would provoke increasing of traffic jams."

There are several ways to evaluate the motorway’s efficiency. To obtain general information, one can use the Open Street Maps. Even a more detailed analysis can be obtained if one knows what transport citizens plan to use. Using urban plan data and information provided by mobile operators, one can study traffic problems. The so called discrete choice method (behavior model) helps to predict whether the new motorway will be effective or not.

The expert concluded that such motorways encourage people to use private transport, as in the Downs-Thomson paradox. [the equilibrium speed of car traffic on a road network is determined by the average door-to-door speed of equivalent journeys taken by public transport — Ed.]. The influence of Western High-Speed Diameter on St. Petersburg’s transport network was taken into account by ITMO’s researchers in their article "Simulating an Impact of Road Network Improvements on the Performance of Transportation Systems under Critical Load." The researchers presented a model of transport and pedestrian dynamics at the "Zenit Arena" after the semi-finals of 2018 World Cup. To understand how people will leave the stadium after the match, one needs to consider such factors as crowd behavior at the stadium, how people would move towards parking and where they would go after the match. The researchers have already created models for the first two in their previous projects, where they showed how people behave at mass gatherings and presented an evacuation plan for such catastrophic situations as the flooding of the Vasilyevski Island.

According to the experts, the Western High-Speed Diameter has several disadvantages. Those who’d like to go downtown after the football match by car, will have to drive 5 kilometers so as to reach the motorway. It would take up to 20 minutes because of late evening traffic jams, and they will make 15 km per hour, which is three times slower than the speed limit. To read the complete analysis on the dynamics of the automobile transportation system during semifinal matches of the 2018 FIFA World Cup, click here.