Ksenya Buraya and her colleagues created an algorithm that can define an internet user's marital status with a 86% accuracy by using data from three social networks. The scientists believe that such programs will once be used to create psychological profiles. Ms. Buraya will present her report on the research at one of the most important events in this field — the AAAI Conference on artificial intelligence which will be held in San-Francisco in the beginning of February. 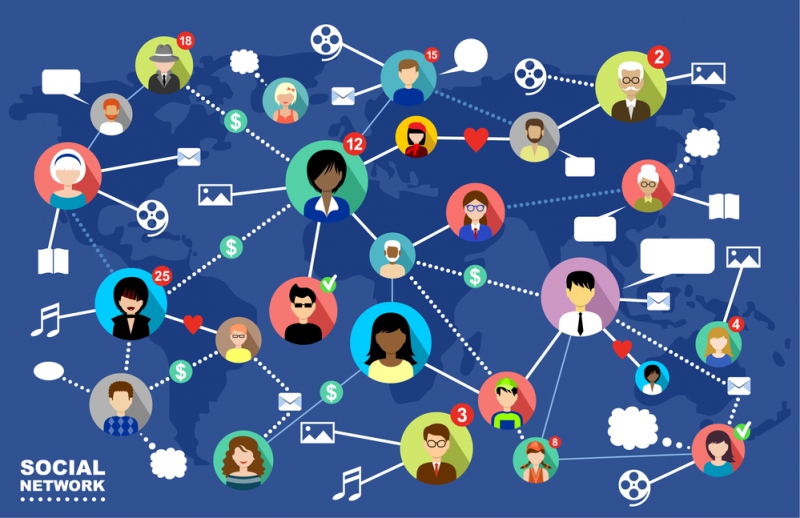 Programmers from ITMO University and the National University of Singapore discovered that profiling a user by several social networks can be used to specify his traits. The researchers focused on defining one's marital status, and created an algorithm that can predict an internet user's marital status.

To teach the algorithm to "understand" the task, they've turned the data on the internet activity of users from New York, Singapore and London into sets of vectors that reflect such properties as the average size of a twit, the most frequent objects on photos, check-in distribution and the like. Then, they've applied the basic means of machine learning to their program.

Ksenya Buraya studies the methods to describing one's personality on the basis of social networks' data as part of her internship in Singapore. She collects and analyses user data, and then adapts it for the Myers-Briggs Type Indicator which is based on Carl Jung's theses.

It describes a person based on how he interacts with the surrounding world, which is easier to do using social networks.

"According to many scientific sources, the psychological type of a person is closely related to his marital status. So, we decided to try predicting it", explains Ms. Buraya.

Profiling users can have a wide range of applications. For instance, headhunters will find it easier to find more information on people who are looking for work. Personality characteristics based on one's activity in social networks can also be used to narrow down members of illegal groups, as well as people susceptible to depression or suicide to provide timely help.

The article has already made it into the finals of the student section, so Ksenya Buraya will present a three-minute report at the conference.

"This conference is one of the most important in its field, making a presentation there offers great opportunities. Surely, getting this far wasn't easy: from over ten reports from our laboratory, mine was the only one to pass", shares the student. The authors see the report as some groundwork for further research, as they plan to continue their work.

The AAAI Conference on Artificial Intelligence has been held in Northern America for 31 years already; during this time, it has gathered the leading scientists in the field of IT and major IT-companies that work on both applied and theoretical research in creating and teaching AI's. This year, speakers from such leading entities as IBM Research, Baidu, Amazon, Tencent, Microsoft и Facebook will make presentations at the conference.