At the beginning of this year, Roman Malushkin, ITMO's Master's student and graduate of the "People need you!" program on social projects, started to work on a system that will make the work of medical centers, blood banks and volunteers easier, as well as inform donors of the upcoming donor events. As a result, he created a service that will be tested this autumn during the Donor Day at ITMO University, and then introduced in other organizations. In an interview with ITMO.NEWS, Roman Malushkin and Andrei Zlenko, head of ITMO's Social Design and Entrepreneurship Center, shared about the new system and ways to start one’s own social project. 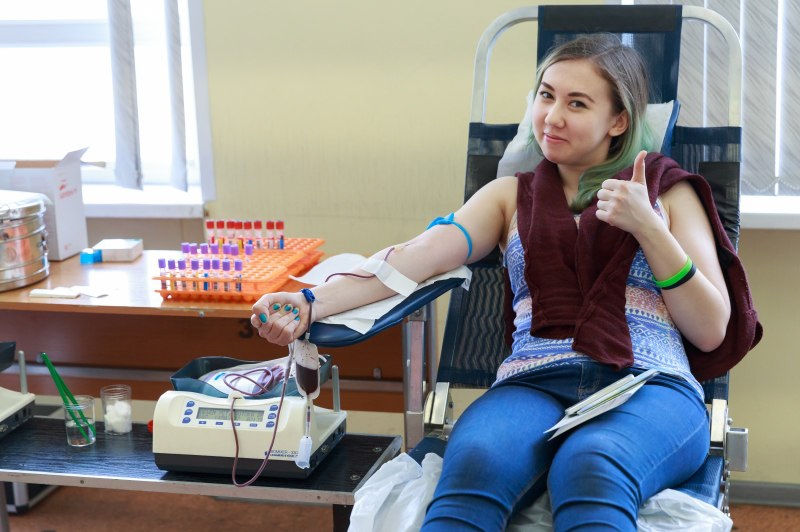 What the current blood donation system is like, and why it is not always effective

"I believe you've seen the posts in social networks where people are looking for donors with a particular blood type. Their authors look for them through word-of-mouth by addressing their friends and friends' friends, relying on the six degrees of separation idea. They also ask us to do mailouts using our donor database. Surely, we help, but finding a suitable donor can still take a lot of time," comments Andrei Zlenko.

Students from the Department of Intelligent Technologies in Humanities decided to solve the problem. Having worked at the university's Volunteer Center for four years, Roman Malushkin conducted several Donor Days and learned how hard coordinating the process can be. For instance, even the slightest mistake during registration can really mess up everything that has to do with donor's lists, also, all the invitations are usually done manually. "Each year, we have to deal with these nuances. Thus, we faced the necessity to improve the system, shares Roman. Our new service stands on "three whales" - firstly, it's the system for the personnel of blood banks, where they can see each donor's profile - their blood type, sex, weight, how often do they donate blood and the like, and choose those they need at the moment; secondly, it's a system for volunteers and Donor Days’ organizers which can be used to invite donors and inform them of the upcoming events; and finally, it's a system for donors where they can get all the information they need."

There are no counterparts to this system in St. Petersburg, so not only ITMO University is interested in introducing such a system, but other organizations as well. In future, the system can also be used by commercial organizations that are interested in corporate social responsibility programs.

As of now, the team already has a working prototype that they are going to test during the next three months. According to Roman, the first organization to use it will be ITMO University - the first run will take place during the Donor Day in autumn. Social Design: where and how does one learn to develop his or her own projects?

In 2015, Roman completed a course on developing social projects - the "People Need You!" program at ITMO University. According to Andrei Zlenko, its goal is to not just teach the theory of Social Design, but also give its students competencies and soft skills that will allow them to develop their own projects.

In December 2016, ITMO hosted the International Festival of Social Entrepreneurship where 22 teams from USA, Switzerland, India and Russia presented their projects. Among the participants was the team of the Eco Raids international volunteer camp that will soon take place in Yagodnoye for the third time. "Eco Raids is part of a big international program on social entrepreneurship. This is the initial stage when we gather foreign students and conduct both an educational program on managing social projects and programs, and also conduct environment-related and cultural activities. Thus, Eco Raids acts as a lead-up for the festival where the participants begin to develop their projects," shares Andrei Zlenko.

Eco Raid's partner is the SFERA youth movement - this organization supervises international volunteering camps in Russia; its team chooses participants for the Eco Raid projects. In 2015, students from nine countries participated in the summer camp; by 2016, their amount has increased considerably. Last year, 38 volunteers gathered for the camp - students from the European Union, Latin America and Asia and their Russian peers developed different ecological and social projects, like making compost or developing devices for energy preservation.

In 2017, the organizers expect no less than 20 foreign students to come to the camp, about the same amount of Russian students will participate as well. This year, this will be not just ITMO's students, but students from other St. Petersburg universities as well. Another of Eco Raids 2017's features will be the focus on technological projects. If last year the students had to use impromptu means for creating their devices, now all the materials will be prepared beforehand.

"We want to add a practical module to the program, so that the participants will not only propose ideas, but do some manual tasks as well. According to the feedback we got from those who participated in our previous projects, this is what they are interested in, explains Andrei Zlenko. We plan on giving them tasks on designing devices for solving ecological problems. To do that, we will use help from ITMO's FabLab and the OLYMP union. This year, we want to give our students the opportunity to work with different equipment and create different prototypes."

Eco Raid's organizers also plan to invite more experts. According to Roman Malushkin, members of different volunteer and ecological organizations, as well as governmental structures and social entrepreneurship experts show interest in the project. International specialists will also be invited to the camp - now, the organizers are negotiating with representatives of UCLA's Social Enterprise Academy and the department of social and non-technical sciences of the University of Applied Sciences and Arts of Southern Switzerland, adds Andrei Zlenko.