Students from ITMO’s Information Technologies and Programming Faculty Vladimir Smykalov, Adam Bardashevich and Grigory Shovkoplyas recently hosted a winter training camp for Chinese collegiate programming teams in Beijing. Meanwhile, ITMO University’s team, who are slated to participate in the competition’s final stage, attended a training camp in Petrozavodsk where they entered the top 3 teams in attendance. Both events happened earlier this month. Camps are a major part of training for the ACM ICPC finale and are a good indicator of the participants’ chances at winning. 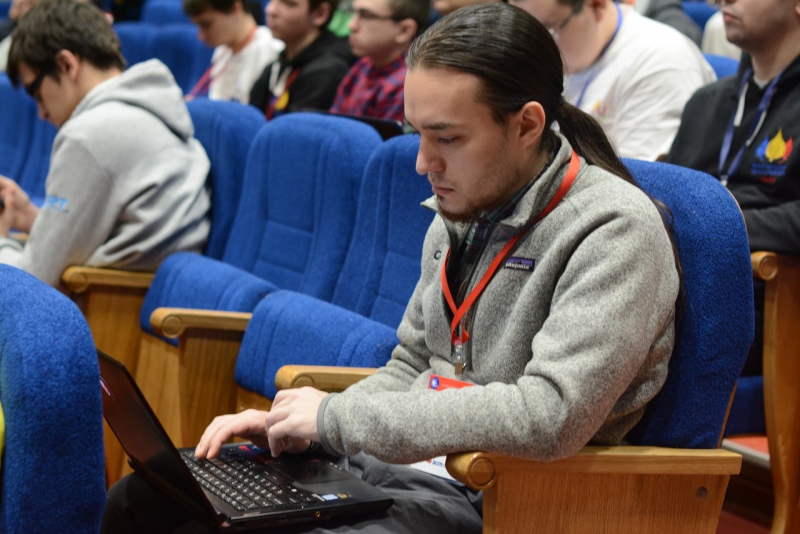 At the camps, teams complete tasks prepared by universities from all around the world. The events last for several days, with each day introducing tasks from a number of universities. On a day when a given team’s university is presenting its tasks, the team is excluded from participating. For example, the Petrozavodsk camp lasted nine days; on the second day, ITMO’s team had a day off since their university’s tasks were being solved that day. On the sixth day, Gennady Korotkevich, a Master’s student at ITMO, two-time winner of ACM ICPC and a winner of numerous other competitions, presented his own set of tasks to the teams.

The camps are open not only to the teams who will participate in this year’s final stage in Beijing, but any other university teams, too. Four teams represented ITMO at the Petrozavodsk camp; the main team, made up of students Ilya Zban, Ivan Belonogov and Mikhail Putilin, will represent the university in Beijing this April.

The Beijing camp was a bit shorter, lasting six days, with teams solving the same tasks as their counterparts in Petrozavodsk. This was the first time that ITMO University helped organize the Chinese ACM ICPC camp, although it had previously helped with similar events in Switzerland, France and other countries. In China, the university’s representatives helped organize the events and examined the contest’s tasks. This is regular practice for all stages of the contest: after the answers are submitted and the results are in, experts examine the tasks and answer the teams’ questions.

According to the leaderboard, team Red Panda from Moscow State University showed the best results, winning four contests out of nine with a 184.52 rating. ITMO University’s team placed second with a rating of 184.33 after winning three of the contests – though it must be noted that the team had to skip one of the contests due to the fact that it used ITMO’s own tasks. In the third place is the team from Warsaw University.

“We can expect to see all three teams at the top of the leaderboard at this year’s ACM ICPC finale; the camps are a good indicator of the teams’ readiness for the final stage. Our team ended up in the second place just a hair’s breadth away from the winner. It should be said that the team from Moscow State University are incredibly experienced programmers and participants of numerous competitions. After the sixth day, it seemed as if they weren’t going to let anyone else win the contests,” – says Lidia Perovskaya, tutor at ITMO’s Computer Technology Department.

The Beijing winter training camp was attended by teams from 15 Chinese universities. The team that showed the top performance and won five out of the six contests, is actually not going to be at this year’s ACM ICPC finale. This is the select team from Tsinghua University, which includes Du Yuhao, one of the world’s top collegiate programmers. Their reasoning is that the team’s members want to spend more time getting ready for the next year’s competition.

The Tsinghua select team is indeed very well-trained, and would have no trouble competing for this year’s champion cup, says Vladimir Smykalov. Other Chinese teams, however, are not very impressive, which is evident even from the camp’s leaderboard. Still, statistics show that the finale’s top teams tend to come from Russia, Poland or China; sometimes, teams from the USA are also present at the top of the list.

“It’s hard to say why some teams always show better results and some don’t. Russia has a great tradition of collegiate programming and the training is great at every level. And so when teams of great programmers are formed, they’re already capable of training on their own. For them, the camps and other contests are interesting in that they may encounter a task they can’t solve in the given time limit. To them, it’s important that they finish it later and overcome that obstacle. At this stage, their coaches can only advise them how to plan their time and in which order to solve the tasks, but not how to solve them,” – says Mr. Smykalov.

The final stage of the ACM International Collegiate Programming Contest will be held in Beijing on April 15-20, 2018.