Scientists from ITMO’s Institute of Design & Urban Studies have conducted research on St. Petersburg’s creative spaces. The dynamics of creative spaces is an indicator of the state of creative economy, which, in turn, affects the city’s urban development and its image. According to Alexei Kudrin, head of the nonprofit Center for Strategic Research, during the global economic crisis the creative sector grew by 14% a year, going against the overall trend. But even though it is a fast-growing sector in European countries, Russia does not fully use its potential. The industry’s share in the city’s GDP fluctuates between 1% and 1.5%, as opposed to about 6%-9% in London and Berlin, which makes this study on creative spaces in Russian cities so relevant. Researchers tried to answer the following questions: How long do creative clusters live? What types of creative spaces live longer? 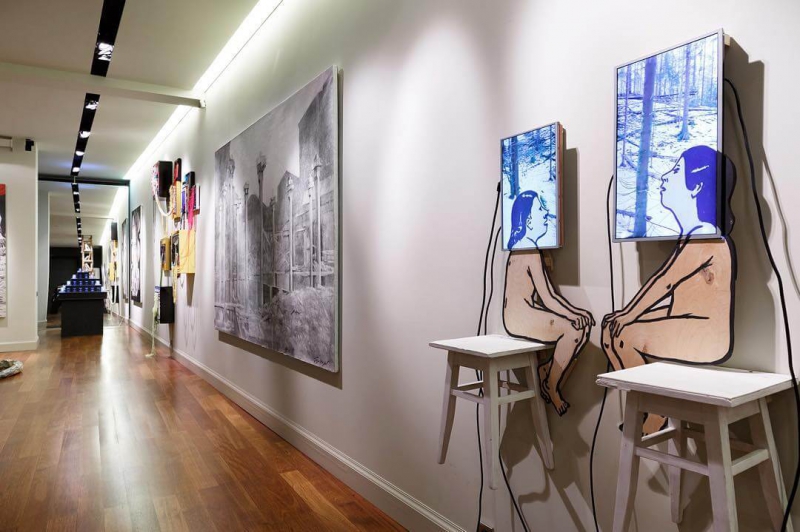 Creative spaces attract both tourists and locals. The main purpose of such places is to combine work and leisure. Creative spaces are engaged in a full cycle of creative production, from business networking and PR events to organizing creative forms of leisure. Why is it so important to analyse the dynamics of creative spaces? The thing is that such places act as breeding grounds for the development of creative economy. Creative economy is a fast growing sector of the global economy, based on creative intellectual activity, the commercialization of culture, and human capital. Creative industries are the driver of the creative economy. The term creative industries refers to a range of economic activities which have their origin in individual creativity, skill and talent and which have a potential to improve the investing environment in the country. Creative economy is forged by creative communities of professionals who form various creative spaces.

This research project on the development of St. Petersburg’s creative spaces was initiated by the Laboratory “Quality of Urban Life” at ITMO’s Institute of Design & Urban Studies and conducted by Alexandra Nenko, an associate professor at the Institute, and Marina Petrova, a laboratory scientist and analyst, together with ITMO’s students. According to Prof. Nenko, the purpose of the project was to find out the dynamics of creative spaces’ development, as it may allow researchers to detect various problems that creative communities face, and to foresee potential risks. This is the first research of this kind in St. Petersburg.

183 creative spaces, including creative clusters, private art galleries and museums, coworking spaces, and anti-cafés were examined as a part of the study. Public museums, theaters and libraries weren’t included in the list as institutions that receive government funding and thus don’t face the same risks as creative spaces do. To conduct their research, the authors of the project used open-source data from Google Maps, Yandex Maps, 2GIS and the information provided on the creative spaces’ official websites.

The creative development of St. Petersburg began in the city center in the early 90s, then spread to Petrogradsky Island and Vasilyevsky Island, and then to the more distant parts of the city. Pushkinskaya 10 art center (est. 1989) and Borey art center (est. 1991) pioneered the development of creative spaces in St. Petersburg. But it was only in the 2000s when these places finally became popular. Statistics indicate that 20 new creative spaces have been established each year since 2013.

Creative clusters are the most popular form of creative spaces (there are 56 creative clusters in this research), then come art galleries (46), anti-cafés (33), art cafés (13) and museums of contemporary art (7).

Creative clusters, art-galleries, and anti-cafés: which ones live longest?

For example, the lifespan of an art gallery is about five years. Among the “veterans” are such galleries as Borey art center (27 years), D137 gallery (22 years), the Gallery of Experimental Sound (19 years), Marina Gisich Gallery (18 years), and the Artists’ Gallery (18 years). Art cafés have a similar lifespan. Anti-cafés live for about four years (3.9), while coworking spaces live for about two years.

When it comes to creative spaces, there is always a person who initiates the process: for example, an artist or an owner of a building. The developers of the project wanted to figure out if the creator affects the lifespan of the space. According to the researchers, there are three groups of creators.

An initiative group is a group of like-minded people who rent a building together. These people are usually fully engaged in the life of the space: they conduct an active marketing campaign, organize various events to attract visitors. Such spaces include Taiga and Hello Hostel, both of which have already ceased to exist.

Sometimes (quite rarely) the creation of a creative space in the Northern capital is initiated by the owners of production plants who see them as an opportunity to expand the functions of their premises and monetize empty spaces. If the owner is looking for short-term revenue, the creative space often becomes a business center with a touch of creativity (e.g. the Tkachi creative cluster). However, it is not that simple and the pursuit of money in a creative space can lead to a decrease in the quality of residents and events, as it now happens to Etagi Loft Project.

There are several development companies working with creative spaces in St. Petersburg, such as BS Art Development Group (Wing, Korpus, Third cluster, Golitsyn Loft, House of Culture and others), and Freedom Team (InterLOFT, Freedom Palace, Welcome). Such companies, however, are few, and the system of creative space management is poorly developed. The company can itself choose the level at which it participates in the life of a creative space.

As practice shows, among the longest-living creative spaces are the ones which are initiated and supported by business and developers, such as Etagi Loft Project (11 years),  Tkachi (8 years), Benois House (8 years).