Residents of the Porokhovye and Rzhevka municipal districts were offered to take part in a survey and tell the researchers about their usual routes. This data will then form the basis of the technical assignment for the idea contest run by the Committee on Urban Planning and Architecture of St. Petersburg. 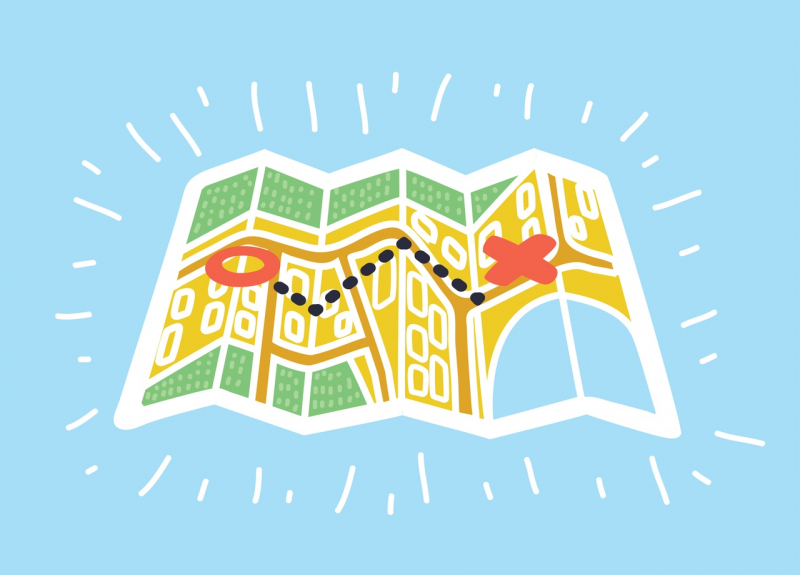 This spring, the Committee on Urban Planning and Architecture of St. Petersburg announced the upcoming Periphery Resource contest. The event will take place in 2021, and now volunteers and interested organizations who are ready to help with the collection of the necessary information can join the project.

Anastasia Galaktionova, a PhD student at ITMO’s Institute of Design and Urban Studies, responded to this call. On behalf of the Quality of Urban Life Laboratory (QULLAB) and her research supervisor, Alexandra Nenko, she offered cooperation in testing the technology and the app the scientists are working on, as well as in helping the Committee on Urban Planning and Architecture of St. Petersburg to collect alternative information about the problems in this area.

The Laboratory’s development includes two parts: the method of joint mapping and the app itself, which was created by ITMO University staff member Artem Koniukhov. The app contains eight questions, divided into three blocks. The first one is dedicated to daily routes. Here, users need to mark their homes and daily routes.

The second block is about emotions. Users should indicate places that evoke positive and negative emotions. The third block comprises the citizens’ suggestions and opinions, there they can point out what needs to be preserved and what should be changed in their district’s image.

This methodology can be applied not only for urban planning purposes. For example, researchers from Aalto University, Finland, whose experience guided ITMO University specialists, were able to commercialize such an application with joint mapping functions.

You, too, can take the survey by following this link (in Russian).

A separate problem for joint mapping (public participation geographic information system) is community engagement. The general population of the municipal districts Porokhovye and Rzhevka is about 60-70 thousand people, and for a representative sample, at least 300-400 of them need to participate. However, the joint mapping app is promoted on social media (VK.com), which affects the age group of its respondents.

“In our work we use an internet application, which, of course, affects the age group. Moreover, we know that women are more active in surveys than men. Again, there are public hearings, offline workshops, in which active residents of the area take part – foreign colleagues say that the results of two responding groups are likely to differ. As you can see, there are many factors, that's why it is important for us to understand the weaknesses and strengths of the method, and figure out such a way to use it that gives more or less the same results to be used in future large-scale urban planning programs,” says Anastasia Galaktionova, a PhD student at ITMO’s Institute of Design and Urban Studies.

The scientists are currently planning to widen the audience by introducing a printed version of the survey, which in the near future could be distributed by the municipality.

Within the first three days of the release, 44 people participated in the joint mapping program, but only 18 of them identified their homes within the surveyed districts. Therefore, next week the program will continue to work in test mode, and then scientists will start working on a printed version to expand the sample.

In the future, Anastasia Galaktionova intends to develop the obtained results.

“I'm planning to use this data in my thesis. It will help demonstrate the possibilities of using subjective materials, human emotions – everything that is not used in classical urban planning. It is believed that these are too biased indicators that change daily. But I want to show that creating a smart city is inextricably linked with these particular technologies – with data collected from people. In my opinion, such information will be much more useful for planning a comfortable living space than exclusively objective indicators,” notes Anastasia Galaktionova.