For St. Valentine’s Day, the specialists of ITMO’s Quality of Urban Life Laboratory (QUILLAB) have made a map of St. Petersburg’s most romantic spots.The research was conducted on the basis of a survey which involved asking the citizens to share their personal love stories and give recommendations on the best dating spots in the city. 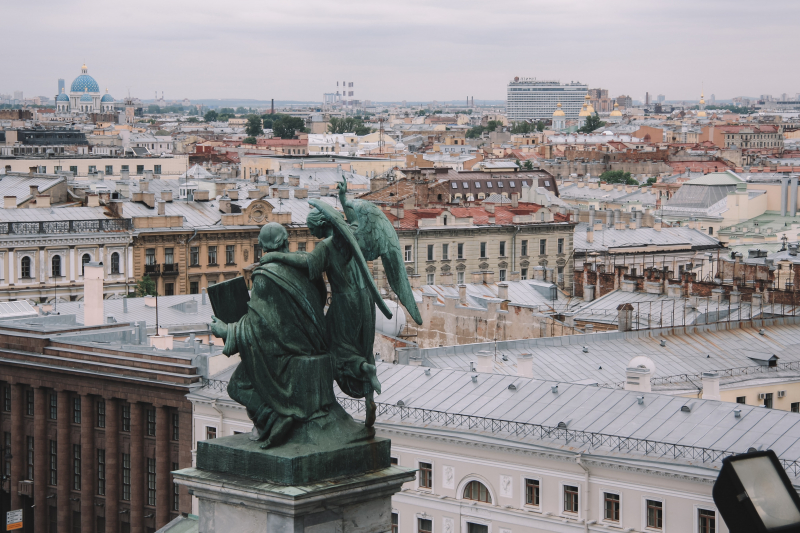 With the help of the survey’s data, ITMO’s urban scientists have succeeded in creating several maps that show some of St. Petersburg’s most popular spots for a first date, first kiss, and the city’s romantic spots in general.

For one, most of the best kissing and dating spots are said to be located in the historic part of the city. Most such spots also coincide with the greenest locations and scenic viewpoints.

Both popular landmarks and quite unconventional places have made it into the list of the top kissing and dating spots. For example, in the Petrogradsky district, people prefer to have their dates at the Yelagin island, the Maritime Victory Park, on the Zayachy Island and in the Alexander Garden; in Primorsky district – in the 300th Anniversary Park; in the Central district – in the Tauride, Mikhailovsky and Summer gardens, on the Field of Mars and the Palace Square; on the Vasilyevsky island – at the Smolensky Cemetery and Sevkabel Port; in the Admiralteisky district – at New Holland and the Alexander Garden; in the Kirovsky district – on the Cannoneer island, and in Moskovsky district – in the Moskovsky Victory Park. The respondents also recommend the beachfronts in the Kurortny District, Petrodvortsovy District and Kronstadt as great dating spots and the Spit of Vasilievsky Island as a popular kissing spot.

Curiously enough, the locations of respondents’ first kisses and dates differ from the spots they recommend. Most first kisses took place away from green areas but rather in such places as malls, cinemas, cafes and other places near subway stations (especially the Ploshchad Vosstaniya station), or at home.

Many had their first dates in the city’s parks and gardens: the Yelagin island, the 300th Anniversary Park, the Hare Island and the Alexander Park, the Summer Garden and Mikhailovsky Garden, as well as at venues along the city’s major streets: Nevsky Prospect, Voznesensky Avenue, 1st and 12th lines of the Vasilyevsky Island.

The survey began on February 9 and still continues as of February 14, 2020. In order to participate, follow this link.

The Quality of Urban Life Laboratory (QUILLAB) was created with support from ITMO’s Institute of Design & Urban Studies. Its interdisciplinary team studied the quality of life in the city, analyses the values, needs and behavior of citizens, and develops new digital tools for collecting the data generated by users of various services within the context of urban environment. The specialists use a mix of various techniques: from analysing Big Data to classical methods from sociology and urban science.