DHlab is going to be the first initiative in St. Petersburg that is dedicated to Digital Humanities, a field of science right at the junction between IT and liberal arts. Among the research interests of the new laboratory that brought together both programmers and specialists in humanities are data visualization, mapping, and integrating such technologies as Big Data and machine learning into interdisciplinary projects. 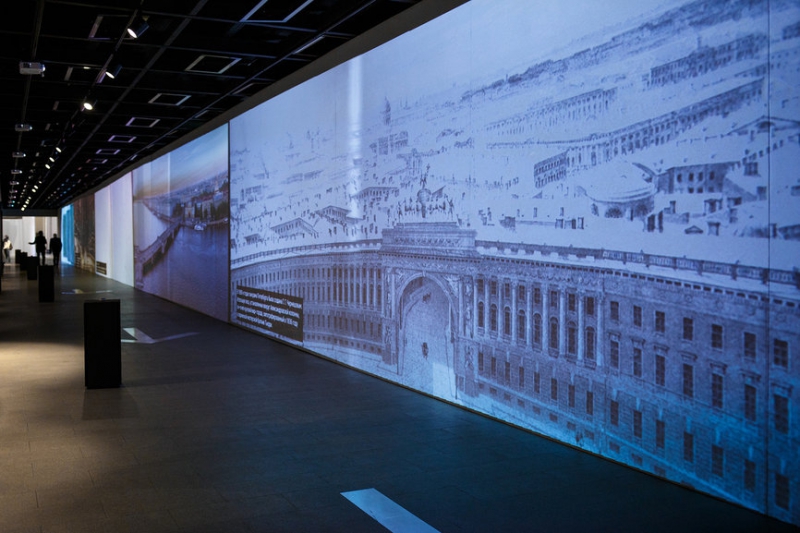 As a research field, Digital Humanities implies using digitized materials and combines the methods largely accepted in traditional liberal sciences with IT, thus offering instruments and providing new opportunities for collecting and visualizing data, as well as data retrieval, intellectual data analysis, and the use of mathematical statistics (you can read more about the development of Digital Humanities here).

According to Antonina Puchkovskaya, senior lecturer at ITMO’s Foreign Language Training Center, Digital Humanities has been a hot topic in the past several decades. In Russia, however, there’s still no common scientific community that would promote it, nor even a clear definition of what Digital Humanities is. This is why the new DHlab will act as a center of attraction for all kinds of specialists who are interested in Digital Humanities, and offer help with developing interdisciplinary projects.

“Digital Humanities isn’t something entirely new; for one, you can see the results of such projects in various interactive museums all across the world. In Russia, and also in St. Petersburg, Digital Humanities is still poorly represented; there’s no common community that would unite specialists who are interested in it. This is the reason why I, who’s studying this field, decided to create a center of attraction for people who are also interested in this topic. We are ready to invite specialists from different universities, especially those in the humanities field, as ITMO already has great IT specialists. Our goal is to launch interesting collaborations,” comments Antonina Puchkovskaya, DHlab’s head.

It was the “Retrospective visualization of culture establishing toponims of St. Petersburg based on corpus analysis of historical, cultural and artistic sources” project that served as a springboard for the launching of DHlab. Antonina Puchkovskaya won ITMO’s grant for this initiative in early May 2018, its goal being to create an interactive map of St. Petersburg that would visualize various objects and their interconnections. A user will be able to apply intellectual search to learn various information; for instance, it will be possible to find where Pyotr Ilyich Tchaikovsky directed in St. Petersburg and which cafes and restaurants he’s ever been to: the objects associated with the search topic will get highlighted on the map.

This map is an interdisciplinary project, which currently involves both specialists from the National Library of Russia who provide the data pool and researchers from ITMO University who specialize in machine learning and neural networks. The project is planned for two years; the team is currently working on its first stage, and aspires to conduct its closed alpha-testing by the end of the year. The end product will be executed as a web service and a mobile app in both Russian and English. According to the authors, it will be aimed at a wide audience. First of all, tourists, who will use the interactive map to plan new interesting routes. What’s more, it will also be useful to researchers who focus on such specific topics like the art of Tchaikovsky, for example. For such users, the project’s authors also plan to add a repository with a list of relevant literature.

“As it is us who develop a platform such as this, we understand that with time, we’ll accumulate a pool of competencies that will allow us to not just replicate our solutions, but develop individual cases for each partner, says Antonina Puchkovskaya. We’ve already signed agreements with two museums: State Museum of the History of Religion and St. Petersburg's Museum of Urban Sculpture. They are helping us gather materials and develop cases. In future, we will also develop a case on theaters and music in St. Petersburg. St. Petersburg is a major city, so visualizing everything on a single map can be difficult. This is why we see the project’s further development as a long-term series of individual cases: as soon as some museum has a request, they can contact us and we’ll launch a new collaboration.”

What is more, the DHlab’s team will soon proceed with another project, which will be an international collaboration involving American and Hungarian colleagues. The project is an interactive exhibition that will visualize culture and daily life with the help of amateur photographers. The team’s task here is to create a timeline and high-quality visualization of the specially selected photos from digitized personal archives.

“Our laboratory’s primary focus is visualization of data from liberal sciences: maps, photo archives, manuscripts and the like. They can be executed in different formats; what’s important is that they should be user-friendly. We want our products to be as useful and comprehensible as possible, so that they won’t have to read the manuals in order to use a every particular platform,” explains DHlab’s head.

Apart from working on research projects, the laboratory’s members are interested in conducting educational and popular science events, such as participating in Science Slam, bar hopping, as well as organizing hackathons and datatons with involvement of interdisciplinary teams. They also plan to invite international experts to these events. For one, DHlab has already established relationships with the University of Tartu, and its specialists are ready to share their experience and collaborate on joint projects.

As of now, the laboratory’s projects involve developers from the School of Computer Technologies and Control, specialists in machine learning and data analysis, and Master’s students from Russia’s first Art&Science program. Kimon Keramidas, associate professor at New York University and renowned specialist in the field of Digital Humanities, acts as DHlab’s co-head. The laboratory also collaborates with the National Library of Russia. It’s team is always open to new collaborations, and welcomes all kinds of specialists from both technical and non-technical fields.

In future, DHlab will also be introducing such technologies as AI and VR into its projects. According to Antonina Puchkovskaya, AI-based projects such as The Next Rembrandt, where the analysis of 346 art pieces allowed to create a portrait that mimicked the artist’s personal style, are a very promising niche in the field of Digital Humanities.

“Despite the fact that there’s yet to be a clear definition of Digital Humanities in Russia, we define it most broadly: it is everything that you can do with data from humanities by using IT. Therefore, we are ready to develop a wide range of projects, comments Antonina Puchkovskaya. We believe that a community that focuses on Digital Humanities will be a community of people who, much as us, want to visualize everything that is presently gathering dust in archives. Recently, a unique 18th century church burned down in Karelia, and after a fire in one of Brazil’s museums, most of its exhibits were lost. There’s no insurance against catastrophes, which is why it is most important to save our cultural heritage.”