What It’s Like to Make Games for a Living

In the past year, profit from video gaming amounted to 137 billion USD. The moviemaking industry, for comparison, “only” makes two-thirds of that, a measly 90 billion. And the market for games keeps on growing as handheld devices start to surpass PlayStation 3 in performance. Artem Polyakov, a business development director at TRACE Studio, came to ITMO University last week to talk with students about making it in today’s expanding market. 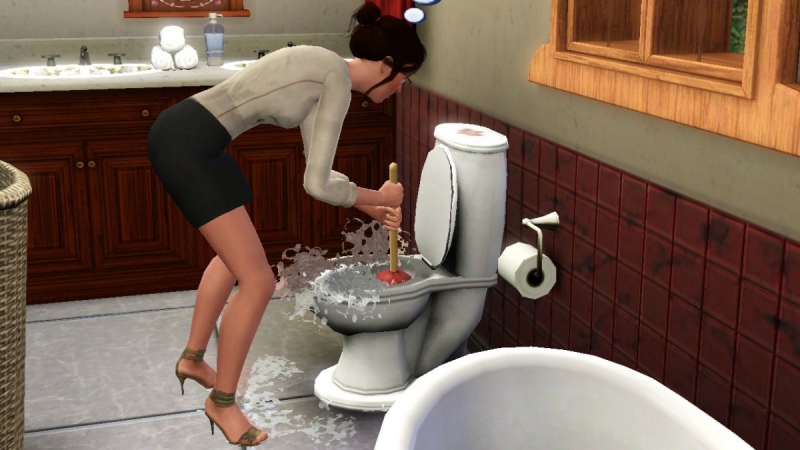 Game development is the process of creating games for all sorts of platforms: from PCs to smartwatches. Who develops them? Many people.

The main bulk of them are developers and artists. There might be thousands of them working on a single project. After them come the testers; you can’t launch a product if you don’t know how it works. Then there are game designers, who work with numbers and human psyche to make the game process enticing. Lastly, there are managers, who make sure that all other developers are in agreement and aren’t missing any deadlines. Missed deadlines result in the project becoming more expensive.

And game development is very expensive. 20 years ago a single product would have cost 1 million USD to make; today, that number is closer to 150-200 million. The costs also depend on where you choose to have a studio. If you’re in Los Angeles, for instance, you’ll spend even more on rent, insurance, and taxes. Most of the major studios are in places like Canada, the USA, Germany, or the UK, which makes their work quite costly.

That’s where outsourcing comes in. The company I work at, TRACE Studio, works remotely on projects for major developers and helps them manage deadlines. To them, it’s a way to save on resources. To us, it’s an opportunity to work on world-class projects (every year we’re called on to work on a new Call of Duty) and expand our portfolio. It’s also a chance to meet the developers who made your childhood.

Our artists often communicate with artists from the client’s side. These are all sorts of people. We talk to people from Arkane (Dishonored, Prey), or Naughty Dog (Uncharted, The Last of Us), and you can actually meet them and share a beer. These companies often provide internships. For instance, we’ve already been to the Infinity Ward (developers of Call of Duty) offices in L.A. to discuss projects. They showed us how to use game production pipelines. As people who work with us on their projects, they are very much interested in helping us grow professionally.

Outsourcing studios usually work on art, code, localization, sound and mocap scanning. The latter is used to create in-game three-dimensional objects that must be photographed from several angles and then digitized.

There are many artists at TRACE Studio who work on art and visual elements; they create some characters, lots of weapons and a myriad of environmental objects. The staff at TRACE had joked around about one of the departments spending much of their time developing all sorts of toilets: worn, dirty, clean, from this or that country.

Starting out in game development

What is the most important quality for any artist or other specialist who wants to get into video games? First of all, it’s experience. There is a dire shortage of professionals right now. Secondly, you need a good portfolio. An artist should boast their works, not their diploma. Don’t make a lot of subpar works – make a few good ones.

Finally, you need flexibility. The world is changing very fast, and if you refuse to change, you’ll be left behind. A developer must be open to new approaches and know how to use different software.

Stop at nothing. Many artists dream of accomplishing something complex, like making a grandiose character and modeling each hair on their scalp. Stick to the small stuff. As an example, I usually cite well-made games like Uncharted 4 or Tomb Raider. When you play through those games, you acquire collectibles, which are small items like coins, boxes or other trinkets. These are very small objects with lots of detail. Put things like that in your portfolio. It won’t take long to make them, but you’ll be able to express your artistry.

The game development industry is growing year by year, but it’s prone to changes. If you want things done by manual, if you’re not ready to think for yourself and think ahead, then this is not the place for you. In this business, you have to do the most you can in restricted conditions.

We feel responsible for passing our experience forward and helping the next generation of artists and programmers to find their way in game development, to make their first step in the industry. My lecture marks the start of our project; in the coming months, other staff of TRACE Studio will come to ITMO to share their knowledge.

All who come to hear us speak are potential future employees. There is a dire need for new blood, and we want to invest in talented specialists so that, in the future, they can start right off knowing the ideas and paradigms that we at TRACE share with others in our business.

Stay up to date on future meetings with staff of TRACE Studio in ITMO’s intranet system ISU.