Virtual Influencers: What Are They?

Adidas Russia has unveiled Russia’s first virtual influencer: a digital twin of the model Sasha Panika named Asya Strike. As of right now, the virtual model can boast a little more than 1,000 followers on Instagram. Asya isn’t the first virtual model in Russia, and virtual influencers have existed for quite some time now: they run social media accounts and even sign contracts with the likes of Balenciaga and Balmain. So what are digital influencers, how are they made, and how much do they cost? 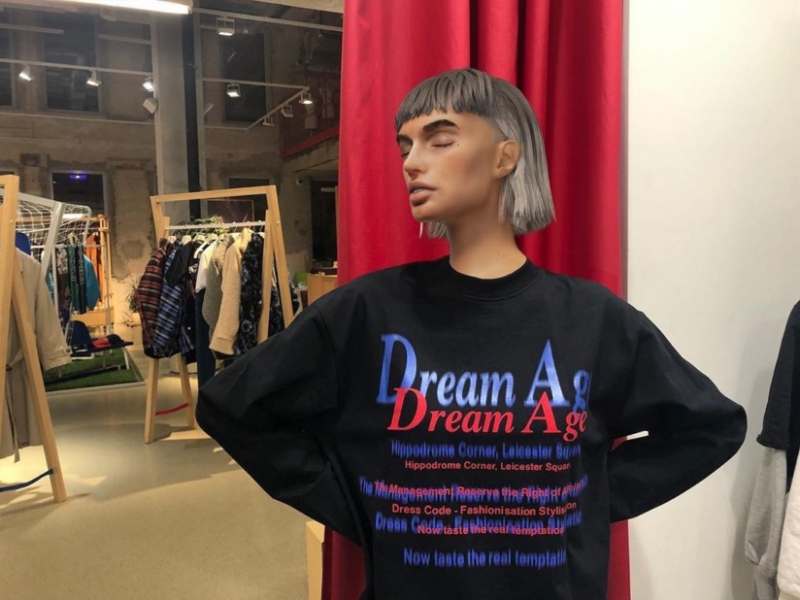 The so-called “influencers” are those who use their social media presence for profit, like, say, for promoting organizations or brands. Several types of influencers can be distinguished: some are known for their connections, others for pioneering new niches and staying up to date on the latest trends. However, most commonly the term refers to those who are considered experts in their area of work and know how to share their knowledge with others. These are the kinds of influencers commonly picked to represent brands online.

Influencers are considered more trustworthy than mass media; their pages boast thousands upon thousands of followers, and companies often shift their spending from traditional print advertising to working with major social media figures.

A few years ago real influencers encountered competition from virtual influencers – mere projections that can perform the same functions online as actual humans. Their creators develop their look as well as their biography: their age, birthplace, profession and much more. Among the first, and most popular, examples is the Japanese “vocaloid” Hatsune Miku. She is 16 years old, 158cm tall and sports luscious acid-green hair. She has a preferred style in clothes: short skirts, high stockings, shirts and ties, and, sometimes, traditional kimonos. Today, Miku is one of the most popular Japanese pop singers with millions of fans all over the globe. She even goes on tours around the world, selling out entire stadiums and performing on stage as a hologram.

Two other notable figures in the virtual influencer movement are Miquela Sousa and Shudu Gram. Miquela is a 19-year old Brazilian-American from California who first appeared on Instagram in 2016. While her posts were quite typical, consisting mostly of food photos, clothes, and selfies with friends, the public soon realized that Miquela wasn’t real. Along with Bermuda, another popular virtual model, Miquela was created by the California-based AI and robotics startup Brud. Miquela is considered to be one of the most successful virtual influencer projects: she collaborates with Balenciaga, Opening Ceremony, and Barneys, as well as a number of fashion magazines.

Shudu Gram appeared on Instagram in 2017 and was quickly noticed by the public as well as the beauty industry, eventually even partnering up with Rihanna’s cosmetics brand Fenty Beauty.

What’s notable is that the models’ creators go as far as to outline the characters’ political leanings. For instance, Miquela Sousa expresses her support for racial minorities, LGBTQ+ people and opposes Donald Trump; her “nemesis” Bermuda, meanwhile, insists on robots’ racial supremacy and mocks feminists.

Adidas Russia describes Asya Strike as the nation’s first virtual influencer (although virtual models themselves have already existed in Russia, such as the MGIMO graduate Kira Faux or Dina Gartman). Despite her relatively small number of followers, several Russian news outlets have already reported on Asya. Speaking to The Village, Strike’s prototype Sasha Panika shared that many people, including a 3D-modeler, a digital artist, a scriptwriter, and several photographers, are involved in maintaining her digital twin. According to Panika, Asya’s most difficult parts are her emotions and hair; all in all, it took three months to create the model.

Denis Stolyarov, Chief Engineer of ITMO University’s Design and Multimedia Center, on the process of making a digital model

Making a 3D-model with her own haircut and emotions isn’t that difficult. This is usually the job of character designers, namely ones involved in videogame development. We train such specialists here at ITMO, too, and some of them are quite talented. When we talk about character design, we’re not just talking about their body shape: there’s also behavior, body and face animations, and attributes such as hair and clothing. Hair is a tricky thing to work with, and it’s hard to show its natural motion. Clothing, on the other hand, is quite simple.

Virtual models usually post photos, not videos, as they are much easier to create. In fact, they are not photos in the traditional sense, but rather renderings. Just like in a video game, there is a virtual environment within which the model is placed. Rendering is followed by a post-production stage. A photographer’s job, in this case, is usually to work on colors during post-processing.

Facial and body animations (or emotions) are made using special software or motion capture. Without such tools, it’s near impossible to create human-like emotions on a model. A model has to have a skeleton, too; this may sound spooky, but it’s actually a routine process for 3D modelers. To apply animations, the model has to be “stretched onto” a skeleton. If you were to take a look at online catalogs of 3D models, you might notice that models are sold with or without a skeleton. The former are ready for animation, while the latter are nothing but a pretty shell.

In the case of digital influencers, the virtual model has to be continuously updated; developers need to create new clothes, environments, and make changes to the model itself (for instance, if the influencer is advertising a gym chain, the model will need to “lose weight”). At the rate of one new post per week, a single modeler can handle the maintenance duties provided they have all the necessary tools.

In Russia, creating a single character with a simple set of movements will cost somewhere around 70,000 rubles (between 50 and 100 thousand; in Moscow, the price may get as high as 110-120 thousand). For that money, you’ll get an attractive, if emotionless, character capable of running, jumping and performing many other basic human actions.