In collaboration with their Russian and international colleagues, ITMO University scientists have recently published a comprehensive overview of modern research on terahertz radiation-based diagnostic and visualisation methods. ITMO.NEWS met with one of the article’s authors, Olga Smolyanskaya, a research associate at ITMO’s Faculty of Photonics and Optical Information and head of the University's Femtomedicine Laboratory, to learn about the major emerging trends in this field. 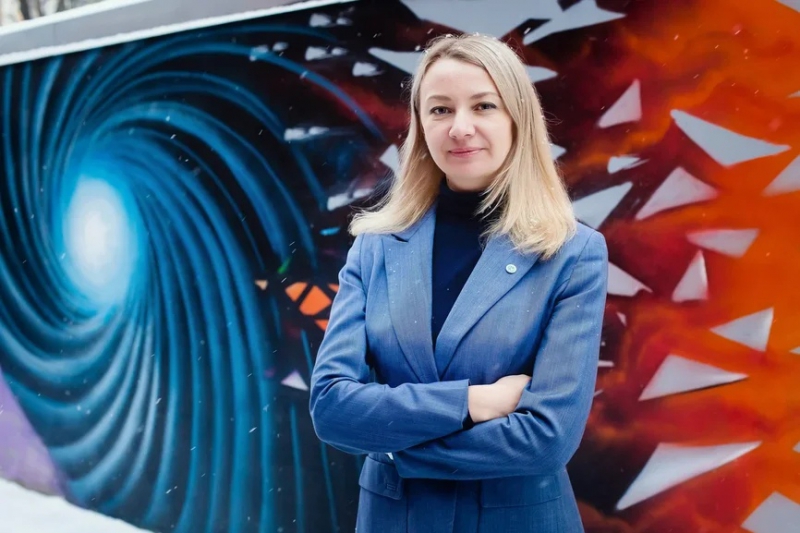 What is the study’s main focus?

In this overview, we look at the dielectric properties of biological tissues, solutions and fluids through the prism of terahertz (THz) biophotonics. The primary aim of the work was to draw the quantum electronics research community’s attention to the importance of developing dielectric models of hydrous environments in the terahertz radiation band. We also tried to identify the major trends in the use of terahertz radiation for the purposes of the biological and medical research where water is the main object.

Water was our main focus because it plays a key role in the formation and stabilization of biosystems, and can be seen as a universal indicator of their state and way of functioning. The dielectric properties of water are at the core of diagnostic methods, so we started our overview with the analysis of physical models that describe the complex dielectric capacity of liquid water and hydrous environments at terahertz frequencies.

Our article also covers the modern equipment and techniques of THz spectroscopy and visualization which are widely used in THz biophotonics. These inventions are important because they allow us to visualize different components of tissues such as cells, microfibrils, and even cellular organelles. Additionally, we present the information on contemporary technologies for delivering terahertz radiation into the tissues and organs that are otherwise difficult to access and discuss new methods of THz spectra analysis which are based on machine learning, image recognition, chemical visualization and identification of spatial distribution of different substances in tissues.

Why is it that despite the high level of its absorption in tissues, terahertz radiation is still widely considered as promising for a variety of applications in biological objects? What are these applications?

As stated earlier, a molecule of water can be seen as a universal indicator for the terahertz radiation band, which is why THz radiation is so sensitive to various processes occurring in living tissues and cells. Because terahertz waves demonstrate such a high level of sensitivity to the presence of water and its condition in tissues, we can use THz radiation-based technologies in the diagnostics of malignant tumors, paying special attention to the contrast observed in images of healthy and abnormal tissues.

In our article we exemplify this by examining the recent applications of terahertz reflection spectroscopy for measuring lachrymal film of eye cornea in dry eye syndrome. The results of this research demonstrate the potential these technologies have in ophthalmology. Other medical uses of terahertz radiation include diagnostics of burn wounds, malignant changes in blood, skin of patients with diabetes, and a number of other diseases.

What makes these methods better than their alternatives?

Other modern diagnostic methods aren’t able to identify whether a growth can be classified as a tumor or whether it is benign or malignant. They also have limited opportunities when it comes to evaluating the initial size of malignant tissue growth and monitoring the healing process. Such diagnostic devices can even prove dangerous because of the harmful ionizing radiation used.

Are there any risks to using terahertz radiation on biological objects?

The main risks of these methods are linked with the heat, and that is why the overview includes a heat model of how terahertz radiation interacts with tissues. The results of computational modeling show that exposing the tissues to radiation with the average rate of 100 microwatt and 10, 100, 300 milliwatt can cause an increase in the object’s temperature of 0.004, 0.43, 4.32, and 12.95 degrees, respectively. This data posits that the heating-up effect is only tangible when the radiation power reaches several milliwatt. But the output radiation power of THz spectroscopy and related diagnostic and visualization methods doesn’t come to that mark, so we don’t expect there to be any untoward heat or non-linear effects occurring in the research object.

Another limitation of these methods is a high degree of THz wave absorption by water molecules. This phenomenon prevents the waves from penetrating hydrated tissues, and, consequently, from eliciting a terahertz response. But it is possible to circumvent such a negative impact; explored in our article, for example, are new approaches based on congelation of tissues ex vivo, as well as the method of optical clearing of tissues with special liquid agents.

How did the idea of writing this article emerge and how much time did it take you to implement it?

The idea emerged about a year and a half ago. Back then, we won a grant of the Russian Foundation for Basic Research (RFBR), which united the research staff of four terahertz labs from different Russian cities: Moscow (the Lomonosov Moscow State University), Tomsk (Tomsk State University), St. Petersburg (ITMO University), and Nizhny Novgorod (the Institute for Physics of Microstructures of the Russian Academy of Sciences). MSU professor Alexander Shkurinov stepped in as the head of this project aimed at examining biological tissues, fluids and exhaled air for signs of socially significant diseases in the terahertz frequency band.

It was me who suggested writing a joint overview. Prof. Shkurinov endorsed my initiative and invited our colleagues from France, South Korea, Israel and Australia to collaborate with us on this project. One of the co-authors, professor Valery Tuchin, even received a letter of support from a very influential scientific journal, Progress in Quantum Electronics.

In early 2018, the RFBR announced a contest for joint Russian-French projects, and our French co-authors and we switched our efforts to applying for this grant. We did win in several projects as a result; I, for instance, won a grant with the IMS laboratory of the University of Bordeaux. I spent two weeks there in March, working on this article and some other research. On July 3, Prof. Shkurinov gathered us in Paris for a joint Russian-French meeting where we discussed our article and the scientific tasks we needed to work on as per the grants we won. I can say that the experience of writing this article was a very exciting and interesting one.