Urban Change Week: Do Your Bit to Change the City for the Better

Quick notifications about environmental disasters, peer-to-peer information about coffee shops and bakeries, a catalog of trees, and a map of the city’s emotions and urban problems… With the use of geoinformation systems, you can gather data about literally everything concerning urban development. Public participation geographic information systems (GIS) combine the advantages of online surveys and public maps. Such public maps indicate, for example, that over the last 30 years, about 50% of trees in St. Petersburg have been cut out, replaced with recycling drop-off centers and problematic areas. As part of the Urban Change Week held in St. Petersburg on April 17-20, project managers discussed the issue of blind spots and cars supplanting trees, and why it is important to report city problems. In this article, ITMO.NEWS gathered information about all public maps and algorithms which can help us change the city for the better together. 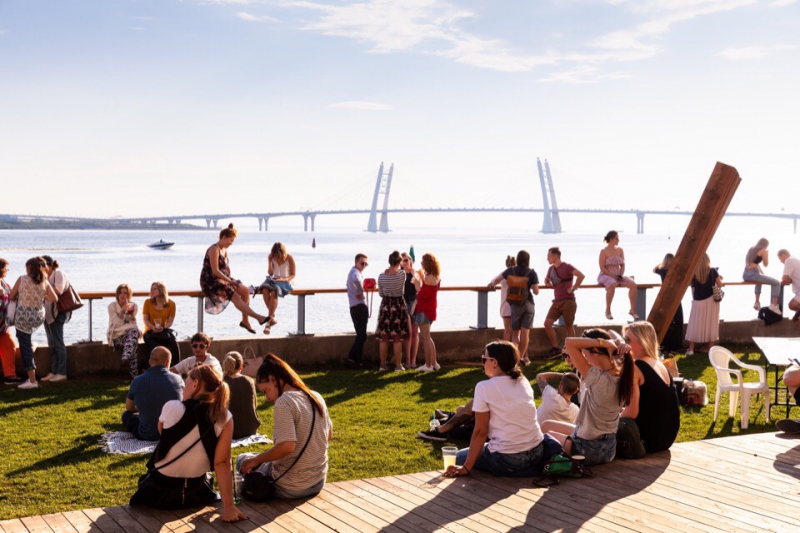 A public map is an interactive map where you leave notes about your impressions, as well as map various buildings, streets and districts. These mappings are often accompanied by simple online survey forms. Such public participation GIS are now gaining momentum, as they offer a unique feature: they collect people’s subjective opinions on different spots and link them to the map, thus ensuring citizens’ involvement in collecting data about the city and country. All this makes GIS a flexible tool that works online and allows its users to get data immediately from a number of people.

Created by the activists of the St. Petersburg’s Trees movement and the GIS BIS company, Urbantrees.ru addresses the problem of deforestation of St. Petersburg, which is something ordinary people don’t talk much about. Over the last 50 years, people in St. Petersburg have moved underground, with over half of all traffic happening on the metro. People don’t see what’s happening with trees, they don’t remember if there ever was a tree in a particular place. Almost no one remembers that some 25 years ago many streets and quays in the city were green.

That’s why this service was created, to help people monitor the situation. You don’t need to sign up to map a tree and add it to the website’s common database. All you have to do is to fill in a form where you write the tree’s species, its width and upload its photo. In case you don’t know the species, our moderator will add this information themselves based on the provided picture. At the moment, the database included the trees added by the Russian Museum and some of the citizens, which totals to some 4,000 trees.

There is a layer on the map that shows the places where there used to be a lot of trees up until the 90s when they were all cut out. Among such places is Bolshaya Morskaya Street, Ligovsky Avenue, as well as the Moyka River Quay and Karpovka River Quay.

“We don’t often think about our green neighbors, and our map is an attempt to draw attention to this topical problem. We hope that in the future, the project will further develop and include new layers where citizens will suggest planting new trees,” explains Maria Tinika, the project coordinator.

Launched in 2011, Recycle Map is a volunteering project aimed at creating recycling drop-off spots in Russian cities. It was initiated by a group of concerned citizens who didn’t want to throw their waste away. Instead, they wanted to sort it and send for recycling. To make the process more convenient, they started sharing information about recycling spots in the city, but it was not that simple.

“The problem with recycling drop-off spots is that they are always changing: new spots emerge, and old ones shut down. That’s why it was important to create an interactive resource that would inform people about all the changes. In 2011, a special map was developed, which included all recycling spots. The project was first launched in Moscow: it started with 60 spots, which have evolved into some 5,000 spots by now. Then it was introduced to St. Petersburg, Obninsk, and other Russian cities. Today, it exists in 71 cities in Russia, with 130 moderators and 9,000 volunteers working on it,” shares Irina Vlasova, a media coordinator of Greenpeace’s Zero Waste Project.

Beautiful St. Petersburg is a movement aimed at the development of St. Petersburg’s urban environment. Launched seven years ago, the movement gained popularity thanks to its website created in 2013. The service is very simple and convenient: all you have to do to report a problem is to mark a place on the map and upload a photo with the description of the problem. Back then, it was the only tool one could use to report a problem. Of course, you could always write a formal letter, but nobody knew how to write one. Now it took only 30 seconds to let public authorities know about the existing problems.

Developed by the Quality of Urban Life Lab at ITMO University’s Institute of Design and Urban Studies, Imprecity is an interactive website about St. Petersburg’s parks, streets, squares, embankments, and other public spaces. Its citizens and guests can use the map to share their perception of different locations and leave explanatory comments, which are then analyzed by researchers. At the moment, there are 2,029 marks on the map. The map indicates that people in St. Petersburg feel excited about green areas, spots near water and communication, agree about the roads and mud, are sad about ruins and emptiness, afraid of the crowd and abandoned areas, disgusted by rubbish, beer stands and beggars, and surprised by beautiful architecture, courtyards and Lakhta Center. Read more about the project here and here.

You can learn more about St. Petersburg’s most appealing and depressive districts on the Livehoods map of vernacular regions, as well as St. Petersburg walkability map. Use a pedestrian simulator to make new paths appear where you need them and check out the Sight Safari route builder (learn more about the project here).