Daniil Nikitichev, a graduate of ITMO’s Faculty of Laser and Light Engineering, has been living and doing research in the UK for the past 12 years. His current work at the Department of Medical Physics and Biomedical Engineering of University College London (Top 7 in the QS World Rankings) is dedicated to developing a 3D printer that would be able to print soft models for training medical specialists. In this interview with ITMO.NEWS, the researcher shares about the importance of networking and his career path, as well as recollects what it was like to move to another country. 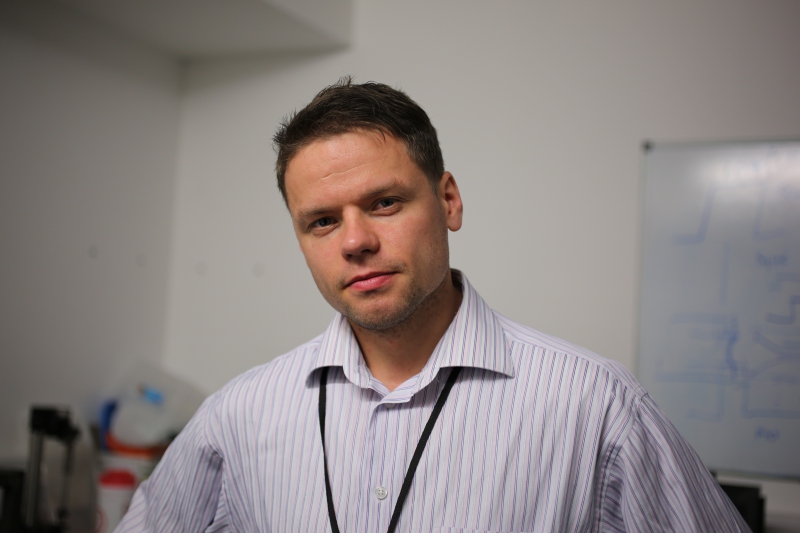 What projects do you work on at University College London?

I joined UCL seven years ago, right after defending my PhD thesis in Scotland. For the first three years, I studied photoacoustic imaging, a biomedical imaging modality based on the photoacoustic effect, when non-ionizing laser impulses are delivered to biological tissues. I worked on this project together with other experts in the field; I was responsible for several aspects, including data processing. This project was then followed by GIFT-Surg, in which I was responsible for the design of equipment for fetal therapy and surgery.

As of now, I’m currently developing my own project in the field of 3D printing technologies. When working with various materials, I had long cherished the idea of starting something of my own, something new. There is nothing wrong with working in a team on someone else’s project, but if you want to achieve something as a researcher, you can’t work on other people’s projects forever. That’s why I decided to give it a go and create a 3D printer that would be able to print modern materials for medical applications.

The majority of materials for 3D printers are made of either plastic or something like rubber. The problem with these materials is that they are not transparent to the ultrasound waves. To conduct an experiment, teach students or test a process before doing surgery, a physician needs a model. Most commercial models are not realistic enough and can cost a pretty penny. To solve this problem, I came up with a composition of materials and developed my own 3D printer that can produce soft models closely resembling human tissues and transparent to ultrasound. I don’t use biological reagents in my work, only chemical simulators. What I want is to build a 3D model like the existing silicone ones, but not silicone (as silicone doesn’t transmit ultrasound).

How did you end up at UCL after graduating from ITMO University?

During my senior years at ITMO University, I did an internship at the Prometheus company. After I graduated from university, they offered me a job, but the money was not enough to provide for a family, and I refused.

In parallel with looking for a job in Russia, I applied for PhD studies abroad. One of my applications got approved, and I ended up at the University of Dundee in Scotland, where I spent three and a half years.

My scholarship there was enough to make a living for me and my family, and I also worked part-time to make some extra money. It all happened very fast. I had never thought about leaving Russia or becoming a researcher. It was a very important decision for me that changed my life completely.

How did you get a position in London?

I defended my PhD thesis in semiconductor lasers and decided that it would be great to try my hand at working with fiber lasers as well. I was offered a position in Wales but didn’t really want to go there, so I applied for two other positions instead, in Cambridge and UCL, and got them both. What is remarkable about this kind of jobs in the UK is that it’s very hard to nail them if you don’t have anybody who can recommend you. I got very lucky, as there were very few specialists in the market back then. My portfolio also served me well. By that moment, I had four scientific articles published in which I was the main author, plus eight more in which I was a co-author. This experience came in very handy when applying for a job.

You have experience of working both in Russia and the UK. Is there any difference between how people communicate in these two countries and what opportunities networking can bring?

In my opinion, communication is equally important both in Russia and the United Kingdom. If you know how to communicate with other people and establish useful connections, you can achieve a lot. So my advice to students is simple: don’t be shy and start thinking about your career well in advance, in your third or fourth year at university. Visit various companies, ask if they can offer you an internship. Don’t be afraid to do something you don’t really like. For example, I wasn’t good at programming when studying at university, but I had to master is in order to get a good job, and I did.

In what way does networking affect your current work? Did it give rise to any new research projects?

Networking is actually the only way to launch a project. If you do everything all by yourself, you risk failing. To achieve better results, you need partners and representatives of other universities. That’s why conferences are not only about presenting the results of your projects but also about establishing useful connections. Even though such connections don’t necessarily lead to the start of new projects, they may come in very handy in your future career.

You can communicate with people practically everywhere: on the street, on a bus, during your lunch break. I once acquired a business partner on a plane: I started a conversation with my neighbor and it turned out that we could collaborate.

You attended an alumni reunion in London organized by ITMO Alumni Association. Do you think that such meetings are important?

At such universities as Oxford and Cambridge, attending alumni reunions is obligatory for everyone. They have special platforms where graduates can communicate with each other. Why doesn’t it work this way in Russia? I think that it has to do with the Soviet mentality when people had to be cautious when making new friends. I’m glad that the situation is gradually changing, with more and more alumni communities emerging each year, however, I noticed that even Russian families living abroad don’t communicate with each other as much as representatives of other nationalities do.

I support the idea of alumni associations, as I know how hard it can be for graduates during the first three years after graduation. This is one of the reasons I left Russia in the first place even though I didn’t plan to: I just didn’t see the opportunities for development.