Having graduated from ITMO University in 2007, Denis Ovcharov has managed to build a career in such corporations as KPMG, one of the largest Big Four audit companies along with Deloitte, Ernst & Young and PwC, and Ilim Group, the leading company in the pulp and paper industry in Russia. Now the graduate is developing his own business, while last year, he became the winner of Leaders of Russia, a competition for specialists in the field of management. Denis Ovcharov has recently given an open lecture on leadership and strategic thinking for ITMO University students. In this interview with ITMO.NEWS, he shares about the importance of having a technical background, why it is crucial for programmers to hone their soft skills, and how to choose your career path. 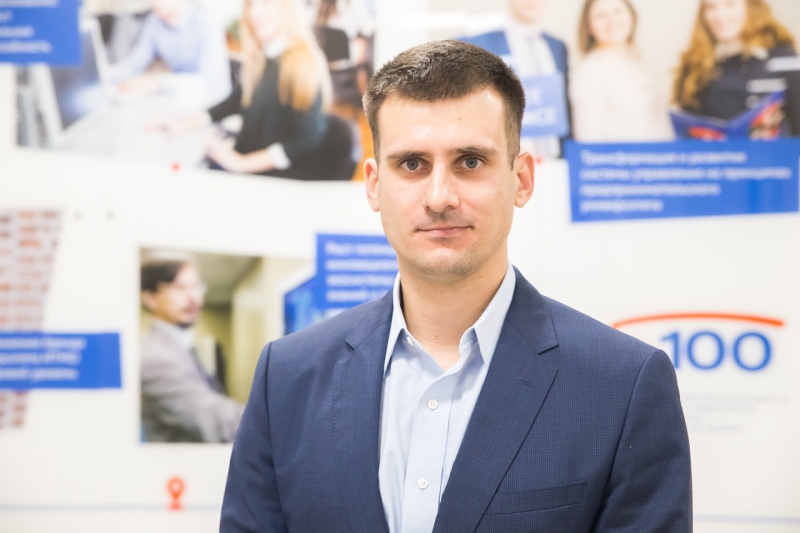 You came to St. Petersburg from Vladivostok. Why did you decide to study in St. Petersburg, and at ITMO University in particular?

I was born in St. Petersburg, but my father works in the military, so he was sent to Vladivostok, where I spent my childhood. But we planned to move anyway and it was St. Petersburg I always wanted to study in.

When I finished school, the internet wasn’t yet so widely popular and there was not a lot of information available about universities. Roughly speaking, I knew that there was St. Petersburg State University, and that was it. An acquaintance of my father’s recommended ITMO, the Department of Computer Technologies and Control.

I did not listen and applied to the Faculty of Economics. Back then, I wanted to become a CEO; at least this is what I wrote in my plans for the future. However, after several months of studies, I realized that I lacked in-depth technical knowledge and skills for that, mainly in mathematics and programming. This prompted me to transfer to the Department of Computer Technologies and Control in my second year.

You didn’t regret your decision, did you?

To be honest, I just didn’t have time for that. Already when studying at university, I spent a year working for a software company. This year was enough for me to understand that it wasn’t exactly my cup of tea. After I graduated, I immediately joined KPMG, the fiscal audit division. It took me a while to grasp the basics of it, but it all worked out just fine, and it so happened that I returned to my initial choice of a direction.

This is why when my friends ask me what university their children should go to, it’s technical universities I recommend, as there you get all the necessary background you may need in your future career.

What do you remember the most about your university years? Are there things that still come in handy in your work?

My friends and I still remember lots of fun stories from our university years. I can say that we had an excellent math teacher, Ivan Lapin. When he entered the room, everyone got up and clapped.

Of course, there were many strict lecturers, and we had to spend a lot of time and energy to master some difficult disciplines. There were some easier subjects as well, but the hardest ones stick in memory the best. The best thing about it is that even though my current work doesn’t have a technical side to it, should you show me a diagram, I would probably still be able to understand it. This skill comes in handy when someone sets an inadequate price for IT services.

What is the main difference between an economist and a programmer? A programmer loves models, while most economists don’t, even though these models would make their work much more efficient. I find this skill extremely useful.

What has been the biggest challenge in your career so far?

There have been many challenges. But the first one was when I came to business from consulting. It was pretty hard to admit that things worked differently in this field. The thing is that though I understood the business model and even proposed a development program, for some reason people simply didn’t implement this program. It took me quite a while to notice that apart from virtual models, there are also human relationships, which also matter.

The second challenge was when I decided to leave the corporation and launch my own business. After a short period of euphoria, I suddenly realized that I lacked one of the most important skills for an entrepreneur, an ability to set tasks; they just don’t teach you that at university. It took me about two years to learn to do that.

In your lecture, you mentioned the importance of soft skills for future managers. Do programmers need them as well?

In my opinion, it’s not a question anymore whether entrepreneurs and programmers alike should develop their soft skills in order to become successful. For me, the answer is obvious.

A completely different question is how to help students understand this necessity as early as possible. Unfortunately, it’s not that easy to do. It’s all about experiences, and this is something everyone has to do on their own.

You became the winner of the Leaders of Russia competition for specialists in the field of management, aimed at “finding the most promising and talented managers from all over Russia”. Why did you decide to participate?

I have a friend who shared this event on Facebook. I was returning from vacation just then and it didn’t seem that I would be able to sign up. But for some reason, the registration deadline was prolonged for two days, and it so serendipitously happened that I was able to return and submit my application in the last two hours. I didn’t initially make much of the competition, but when the results of the tests started coming in, the excitement came in also. And these tests really are very interesting, you are truly being evaluated on a wide range of parameters.

The three online rounds are followed by semi-finals and then the final round. By the way, the semi-finals took place in St. Petersburg, it was scheduled for Saturday, while on Friday evening I needed to fly to the other side of the world. I had to change my tickets, as it was clear that it was going to be a very important event with good-quality content.

Which round was the most difficult?

You have to understand that this is a kind of sport. And as in any other sport, the closer you are to the final, the more intense the competition gets. For the final round, all the participants were split into teams, and each team was given different tasks to solve, after which the results were assessed by the jury. The competition was pretty tough: it was clear that out of 300 participants, only 100 would make to the list of winners.

You had Herman Gref as your mentor. What was working with him like? And what experience did you obtain as a result of this interaction and the competition in general?

In essence, all we had was two meetings, but I think that the development impetus he gave me will be enough for the next three-five years. In other words, I have a full understanding now of what I need to do in terms of my self-development in this period of time. And this was his main contribution as a mentor.

Many people asked me if I was offered a good job after my victory in the competition. The answer is simple: I was, but it wasn’t particularly the format I wanted to work in at that period of time.

Often arising nowadays is the question of what value higher education has in the modern world and why obtain it in the first place when there are so many online courses and other opportunities for self-development available. People also often like to recall examples of well-known entrepreneurs who left universities and concentrated on their businesses. What is your opinion on this?

I think that thanks to higher education, students learn to think and make decisions. People always build models in their heads that vary in complexity. For example, you crumple a piece of paper and try to throw it into a bin. The first time you fail, then you correct the trajectory and it works out. It’s easy to understand such a primitive model.

Complex models (such as launching a rocket in space) will be much harder to master. But between these two examples, there is a multitude of other models with other complexity levels. And I think that education is exactly what this is about: the more comprehensive education you have, the more complex models you can build.

On the other hand, many say that the classic system of studying at a university for four years and then applying for a job doesn’t work anymore. What aspects would you recommend students to pay attention to for making better career choices after they graduate?

Without a doubt, my advice would be to communicate with others, to expand your contacts, to seek to understand what your field is seen as in other countries and cultures. It’s one thing when you read books on relevant topics taking in the template laid down by its author, and it’s a completely different experience when you discuss this topic with different people, representatives of different cultures. This significantly enriches the models we’ve talked about. And it doesn’t matter what topic you’re working on; such an experience puts you on a whole other level in the way you understand your field.

A couple of years ago, I visited a Stanford campus, where I met with students. It’s interesting that they didn’t say a word about their studies, but told me a lot about various social initiatives they participated in. And it really works like that: in the course of your first two years at university, you choose your disciplines and try your hand at the maximum number of social initiatives in order to understand what’s going on in the real world. They can take this time to find a professor they like the most. In other words, they can pick a model they want to follow in their future studies and career.

In my view, this approach is much more efficient than when you choose your future career straight after school.

It’s important to experience being part of different social groups. It will never hurt you to go abroad. And if you develop an interest in some specific field, find more experienced people who are already working in this field, establish contacts with them and engage in joint projects. It goes without saying that it’s the ideal model, but it’s worth working towards.