On October 17-20, the capital of Brazil hosted the fifth BRICS International Youth Forum. The main topics for discussion were new educational formats, the development of soft skills, as well as entrepreneurship in the student community. Presenting his research at the panel session was Kirill Plugin, a fourth-year Bachelor’s student of ITMO University’s Information Technologies and Programming Faculty and co-founder of the Digital Generation club. Read on to learn more about the forum and its results. 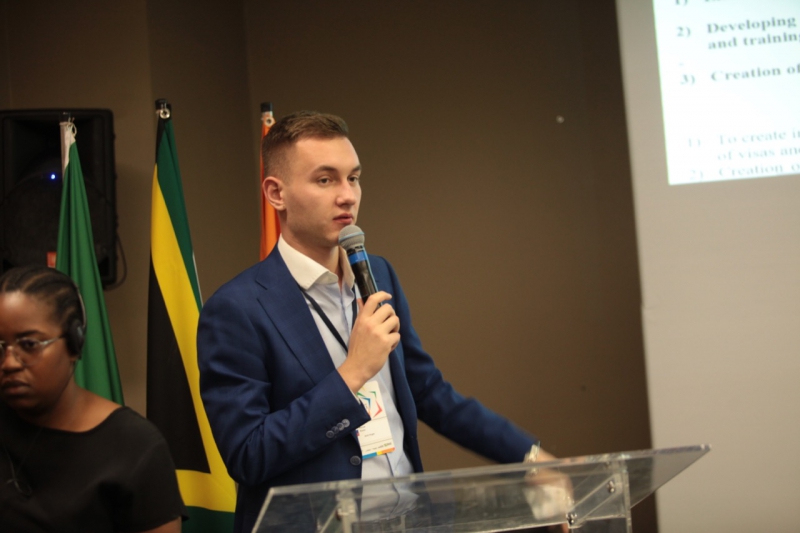 Digital Generation is a movement aimed at bringing about a transformation toward modern technologies, and also at the active involvement of students in this process. Its main goal is to provide young specialists with the skills crucial in the era of the digital economy.

The Digital Generation club was formed a year ago, initially on the basis of Moscow and St. Petersburg. As of now, it covers 29 other Russian territorial entities, but ITMO University’s club still remains the main generator and creator of all educational content.

“Among the authors of the project are Sergey Shestakov, an employee of Agency for Strategic Initiatives, Evgenia Kozlova, a representative of the youth State Duma, and me. I met them when I was working at the Association of Students for Science and Education Development. We had an excellent collaboration: I coordinated the center in St. Petersburg, uniting four universities: ITMO University, Peter the Great St. Petersburg Polytechnic University, St. Petersburg State University and the Russian Presidential Academy of National Economy, and Public Administration under the President of the Russian Federation, while Sergey and Evgenia were responsible for Moscow universities. Apart from that, we divided the main areas of work: St. Petersburg became a research, educational and business center, while Moscow became a strategic development and business processes center,” says Kirill Plugin.

Currently, Digital Generation is entering the international stage of its development, all thanks to the arrangements achieved as part of the BRICS International Youth Forum.

In the course of four days, delegations from Brazil, Russia, India, China, and South Africa discussed topical problems and trends in the field of education. The first two days took place in the format of plenary sessions, during one of which Kirill Plugin gave a presentation titled “Inclusion in new educational formats, inclusion in education”. He spoke about the Digital Generation movement at ITMO University and its development in Russia. This idea attracted the interest of many forum delegates as the digital economy is now coming to the forefront as one of development priorities for many countries all over the world.

“What makes our project particularly appealing to the forum’s participants is that it implies collaboration with the state, students, educational institutions, and the representatives of businesses. Thus, we include all the participants of the market in the process of youth education. What is also important is that we represent young people who are ready to solve practice-oriented tasks and work on real-life cases. Representatives of many delegations asked us a lot of questions about how such a movement could be established in their country,” explains Kirill.

Emerging as a response to this reaction from the participants was a resolution developed and signed by the BRICS countries representatives in the following two days of the forum. As per the agreements reached, the Russian delegation will present their methodological developments and written account of their experience of organizing the Digital Generation movement. According to Kirill, three universities from South Africa, India and Brazil have already expressed their determination to apply these practices and launch their own digital clubs.

Another important result of the meeting was the decision to develop a platform that would assess students’ competencies and build a ranking of ten universities of each of the BRICS countries containing detailed information about each university and the city it is located in. The purpose of such a platform is to help students willing to pursue their education in one of the BRICS countries’ universities have a better understanding of the available options.

“This platform will describe the factors that are usually skipped over by international rankings but are of critical importance for students: how comfortable they’ll find the studies at the university of their choice and living in the city of its location, and to what degree and how justified it will be for them to attend this or that country for educational purposes,” explains Kirill.

According to him, the main development tasks will be solved by ITMO University Master’s and PhD students.

“We, in our turn, said that we need experienced biologists for these projects. Potentially, the members of the Indian delegation can take on some of our tasks, and we can work on their ones. We are continuing our talks on this matter, but even now the prospects are looking good,” concludes Kirill.