TEDxStPetersburg Speakers on the Future of Education, Quantum Revolution, and Burnout Prevention

TEDxStPetersburg took place on October 30-31 and focused on the topic of living in the rapidly-changing world. Daria Kozlova, ITMO University’s First Vice Rector, was one of the event’s speakers and delivered a talk about the universities of the future. 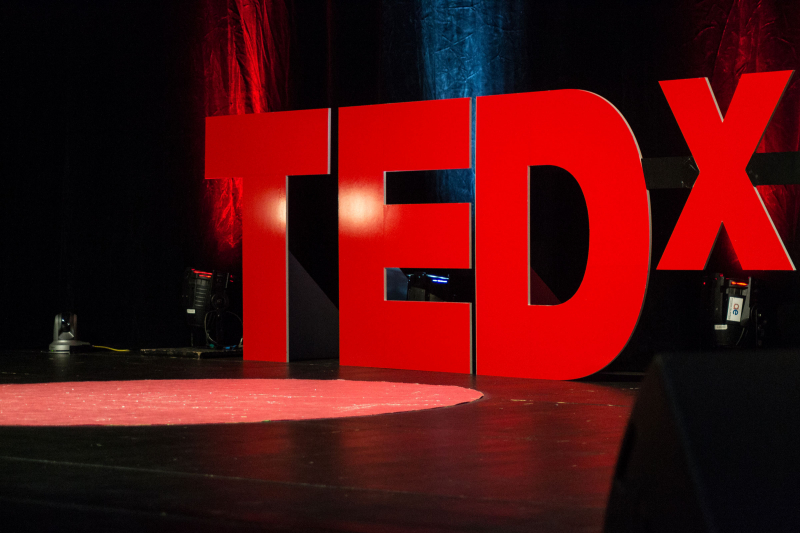 Even though the TEDxStPetersburg conference took place online, its format remained the same. A series of short lectures allowed each speaker to briefly share their thoughts and insights with the audience in accordance with TED’s slogan – “Ideas worth spreading.”

TED (Technology, Entertainment, Design) events cover various topics: from personal efficiency to high tech. This time, speakers from the fields of education, art, business, economics, and data science discussed the main question of 2020 – how will our world change after the pandemic?

The university of the future

In the beginning of her talk, Daria Kozlova, ITMO University’s First Vice Rector, mentioned Steve Jobs’ famous Stanford commencement speech in which he shared three stories from his life. One of them was about dropping out of college.

Dr. Kozlova followed that up with an unexpected fact from her own life – as a student, she used to skip classes from time to time in order to take skiing and foreign language lessons, socialize with international students, and participate in extracurricular activities. Even though she didn’t consider dropping out, she also didn’t want to spend all of her time on her studies.

“Back then, I thought it impossible to gain work experience, study, do sport, and communicate with people in one place. Now, I’m on the other side of the learning process and I work hard in order to understand what the university of the future should look like – a university where no one would want to drop out or skip classes,” says Daria Kozlova.

According to her, the university of the future is an institution without physical and time limits, without a class schedule and attendance lists. It’s a puzzle made up of subjects, classes, and internships that students need at certain times of their lives. Flexible hours, an individual schedule, personalized education, and self-reflection are the most important features.

Grades shouldn’t be a part of the university of the future because results and elaborate feedback are more important than numbers on a scale from one to five. The students are supposed to learn and improve their skills, as well as their university, instead of struggling with the schedule.

Daria Kozlova also emphasized that in such a university, you wouldn’t need to choose between work and studies. One does not replace the other, but rather they supplement each other. How you manage your time is up to you.

“Even today, we cooperate and develop together with students at ITMO University. In the future, students and professors will be able to entrust secondary tasks to digital assistants and spend their time creating new things – new products, services, projects, and perhaps even new markets,” says the expert.

For example, digital assistants will be able to pick and verify reading materials, arrange the schedule, and structurize the working process.

“I love it when the students confidently and proudly associate themselves with the university by saying something like “we’ve launched a center of supercomputer technologies” or “we have a great basketball court.” I believe that at the unconventional university of the future, we will join our forces and then the students will be able to proudly say “we have a great augmented reality area.” It means a lot when students associate themselves with their alma mater and feel like they are a part of it,” concludes Daria Kozlova.

How to avoid burnout

“They say that you should be ambitious and dream big. In my experience, it’s a terrible idea” – that’s how Katerina Lengold, an entrepreneur, an author, and the former vice president of business development at Astro Digital, started her talk.

Katerina entered a university when she was 14 and launched her first business when she was 16. By the age of 19, she completed three degrees in Russia and went to study at MIT; at the same time, she also took extra classes and lessons at Harvard. After a while, she launched a tech startup without giving up her studies. She talked about the way she backed herself into a corner by trying to prove her worth to herself and the others. As a result, this race for success led her to a burnout.

According to Katerina, you often don’t notice how it happens. The first symptoms aren’t obvious. She distinguishes four stages of a burnout.

As the level of dopamine – a neurotransmitter that helps us anticipate success – decreases, we come up with unrealistic global goals and fall in love with this new image of ourselves. We start to lose our grip, but ignore it.

We realize that global goals are not enough and that we also need to make big changes – find a new job, new friends, or move. We sign up for new courses, buy books, consult a coach, and go to the gym. We hope that these new external changes will change what’s inside and this hope provides us with dopamine. However, if we don’t take time to recharge, we end up on the next stage.

We realize that our goals don’t help us – not much has changed and a new life didn’t start. We look for someone or something to blame it on instead of looking at ourselves. We criticize what’s around us, as it all annoys us. We want to give everyone tips on how they should live. Aggression towards people around us gives us that energy that a burned-out person desperately needs. We avoid happy people because their happiness, success, and good mood annoy us.

It’s a truly burned-out person who doesn’t want anything, doesn’t hope for a better future, and doesn’t believe in their power to make change. It becomes hard to set goals, everyday stuff is done by reflex, they are repulsed by everything, and are scared of change.

Katerina went through all these stages and came up with a system of life organization called agile life. This approach includes sprints, neurophysiology, and self-coaching.

The idea of sprints is to set goals in three spheres of your life – personal, social, and professional – once every three weeks. In the course of those three weeks, you work on these goals. By the end of a sprint, you reflect on the achieved results and make conclusions: what went well? What didn’t? How so? Then, you take a one-week break for self-care and recharging.

Katerina advised her audience to avoid ambitious long-term plans and focus on these four stages instead: planning, implementation, analysis, and recharging. According to her, it will give you an advantage in the modern world.

“As Darwin said, it’s not the strongest of the species that survives, it’s the one that is most adaptable to change. Thanks to the sprints, you can constantly modify the vector of your growth and move forward more efficiently,” she says.

The dangers of quantum computing

According to Alexey Kavokin, an expert in the field of quantum physics and photonics, confidential information can’t be secured with the help of a regular computer – only a quantum one.

“Can a modern, powerful, and fast computer break any code? It would be both good and bad if it could. It’s great if we want to break in and bad if we want to secure our information. We all want to secure our bank accounts, social media profiles, emails, and so on. Can it be done? Yes, our secrets can be hidden from a regular computer, but not from a quantum one – it can find a key to a code of any complexity,” he says.

Most information is secured by decomposition of composite numbers into smaller integers. It’s easy to multiply numbers but it’s hard to decompose a large number and find its simple integers. It would take a thousand years for a regular computer to do this – and only a few seconds for its quantum counterpart. For example, a quantum computer can find a numeric login and a password in mere seconds because all possible logins, passwords, and the Shor’s algorithm, which allows it to find the necessary combination, are already embedded in it. That’s how a bank code can be broken, too.

As quantum technologies can be extremely dangerous in the wrong hands, researchers of quantum physics are already working on security systems.

“Quantum computers, nowadays only discussed by quantum physics specialists, will soon have an impact on everyone’s lives. I don’t want to talk about what needs to be done, but I want to warn people so that they would be ready for what’s to come. The aim of my talk is to let you know about the upcoming reality of life. The quantum revolution is already here,” concludes Alexey Kavokin.

During his talk (in Russian) he also said that quantum supremacy is more dangerous than the coronavirus and governments must be prepared for it. He also recommends studying quantum mechanics.

Among other TEDxStPetersburg speakers were Alexander Tsypkin, an author and a screenwriter, who shared his short story, called A Million of Characters, about the new ways of communication, Dmitry Morozov, the founder of BIOCAD, who talked about the future of biotechnologies that has already come, and Olga Zyryaeva, the head of communications at Spotify Russia, who discussed the present and the future of sound art in the modern world. Moreover, as part of the conference, the online university Skillbox held seminars on additional education and the job-hunting website HeadHunter – on the job market during the pandemic.