ITMO Graduates and a PhD Student Become Winners of Blockchain.Hack

The winners will get a cash prize and an opportunity to do internships at partner companies. Read about the participants’ training, the solutions that helped them win, and their future plans. 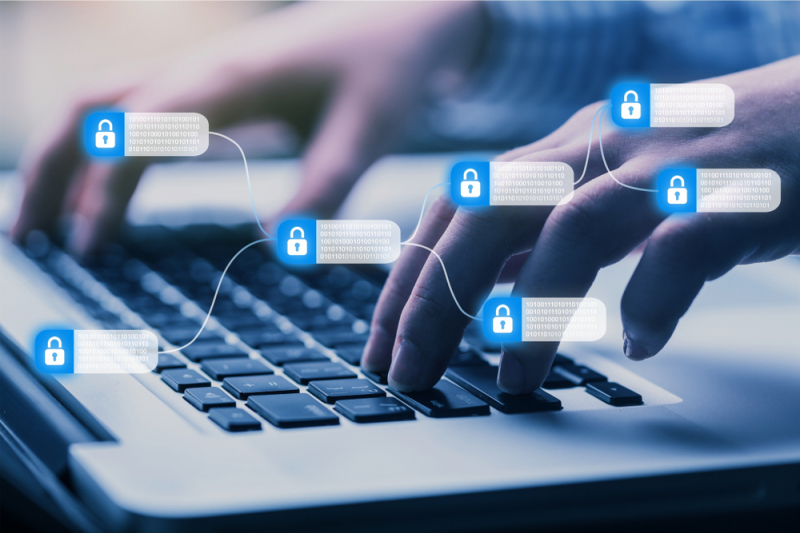 The finals of Blockchain.Hack, a hackathon on blockchain technologies organized by ITMO, Gazprom Neft, and Innopolis University took place on December 12-13. In the course of two days, its participants solved applied tasks on the topics of blockchain technology, data exchange between blockchain networks, and information security.

The hackathon included two stages: first, the teams had to register for one of the tasks and solve a corresponding qualification task. Those who did better than others got to solve their chosen tasks at the finals.

The teams were assessed by an expert jury consisting of representatives of ITMO University, the Gazprom Neft company, Innopolis University, and the St. Petersburg community of blockchain developers.

The hackathon’s winners spoke to ITMO.NEWS about the competition, the tasks and solutions, and their plans for the future.

The topic of my thesis has to do with blockchain technology, therefore I’m interested in any events in the field. What’s more, the hackathon was organized by ITMO, so it was definitely worth participating in.

This wasn’t the first hackathon for me and other members of the team, so we prepared as usual: analyzed the tasks, chose the one that was the most interesting for us, and determined our roles in the team.

We had to organize data transfer between two blockchain networks. We deployed Hyperledger Fabric on two virtual machines and developed a protocol for safe data transfer from one network to another. Given the complex technical solution this called for, we  decided to present it with an  example of a factoring case, i.e. transfer of receivables.

We presented a working prototype, and it seemed simple and comprehensible for all of the members of the jury. We also had a live demo, and paid enough attention to documenting the project on GitHub and presenting it. Altogether, this is what earned us victory.

I would’ve liked to describe the technical aspect of our solution in a research article. And obviously, we are planning to communicate with the representatives of Gazprom Neft on finalizing and introducing our solution at their company.

In our team, we have three graduates of ITMO’s Faculty of Digital Transformation: me, Vladimir Anisimov, Vladislav Basynin, and also Anton Udod.

We’ve been interested in blockchain technology and financial technologies in general, so it was obvious we had to take part in the hackathon. We wanted to solve a relevant task for a major company and listen to the opinion of a business representative on approaches to solving it. What’s more, we we wanted to work in a team, to come up with and implement a solution prototype while making use of the strengths of every participant.

As it was possible to choose and study the case in advance, we considered the current approaches to solving similar tasks and formed an approximate plan so that we could focus on implementing it at the event.

We organized a transaction between two blockchain networks: R3 Corda and Ethereum with intact file transfer via the IPFS distributed file system, with checkup of the file’s hash values and access rights on the level of a smart contract.

I believe the jury liked the clarity of our solution, as it included a web application that reflects the processes that take place. It helps ascertain the performance even without a deep understanding of how blockchain operates or a knowledge of modern technology in general.

We plan to keep in touch with our task’s curator on further cooperation, and based on this conversation, we’ll start planning our further interactions with them.

I learned about the hackathon from the Russian Hacker Telegram channel and decided to participate, because the topic, as much as the technological stack in general, is quite relevant. As part of the hackathon, I worked on applied tasks that can be used in practice.

In order to prepare for the event, I took a look at a couple of blockchain platforms. In this sense, the hackathon somewhat sped up the tasks that I’ve been postponing for a while.

My solution was more comprehensive than what was needed for the task. In essence, it was a concept or a general approach to solving a class of tasks on data transfer between blockchain networks. As a result, the solution was very similar to a similar to a data router for any number of networks between any number of networks with individual processing rules for every document based on its particulars and validation if necessary.

For example, you can make a rule for checking the exchange rate in the document, whether it was chosen properly, and so on. The solution also offers an opportunity for auditing the parts of data that are connected to other networks from any of the networks. As networks can be vast, and searching through all documents can be challenging, I decided that the issue of audit is a relevant one.

This hackathon proved that popular, hyped technologies are steadily making their way into practice, and this isn’t being done for the sake of appearances, which is good news for technical specialists. Therefore, this is a field that should be explored deeper by solving practical tasks in various areas.

graduate of Moscow Institute of Physics and Technology, team Sgotye

Winner for Tasks 1 and 2 from Innopolis University

I learned about the hackathon from the Russian Hackers page in VK, and decided to participate, as I wanted to work on real blockchain tasks that are relevant for industry and research. I didn’t especially prepare for the hackathon and discovered what’s what as I worked on the task.

I chose a task by Innopolis on the audit of a smart contract. My solution implied a very good understanding of the code and its expected (documented) behavior. This helped identify quite many vulnerabilities and mistakes which were then presented at the defense. I can't say for sure why my work was deemed best, for I don't know what the other projects were, but I suspect that it was due to its comprehensive and informative nature.

I plan to continue working with blockchain development and participating in hackathons and projects in this field.

We learned about the hackathon from a Waves Enterprise mailout and decided to participate, as the tasks and customers seemed interesting. We didn’t have to prepare much, as it wasn’t our first hackathon: we’ve already won more than 15.

We made a tool for constructing Oracles that lets connect the sources of external data to a blockchain network in just several clicks. Our solution has a simple and comprehensible interface. At the hackathon, we implemented the connection of data sources from HTML pages, XML sources, and IoT devices, for example, IoT sensors.

We also have ideas on how to add more functions. We believe that the jury chose our solution because we have a lot of experience in blockchain and put much effort into making it the best. Now, we are looking forward to continuing our collaboration with Gazprom Neft.

Winner for Task 6: Develop a smart contract for dynamic discounting

Members of our team have no relation to ITMO, and all learned about the hackathon from various sources. For example, I learned about it from the SPB Blockchain chat. We decided to participate, because we are experts in blockchain technologies and we are interested in establishing professional contacts in this field. Also, we simply wanted to prove ourselves.

We offered a solution that solves the task based on the modern Ethereum DLT technology. Our solution was best because we’ve put our soul and all of our skills and experience into it. It seems that our technologies were more advanced, and the solution covered business cases better than those by our competitors.

We plan to further develop in this field, get new experience, and solve tasks that are harder and even more interesting. We hope that our participation in this hackathon will help us expand our professional connections.

Prizes for the winners

The hackathon’s best teams will get cash prizes, bonuses from partners, as well as new career prospects.

“The winners will continue working with Gaprom Neft and Innopolis University. This will be an opportunity to test their solutions in practice. Also, some of them will be offered internships,” comments Kirill Plugin, the hackathon’s organizer and head of ITMO.Hack.

According to him, the experts held the quality of the proposed solutions in high esteem.

“Blockchain.Hack was one of the major hackathons in Russia in the second half of 2020. Over 300 participants applied, 31 teams made it to the qualification round, and 12 participated in the finals,” notes the organizer.