ITMO University’s International Laboratory Mechanical Engineering and Electrical Systems is developing a fire safety system for modern aircraft. The project is planned to include the creation of a multispectral security system that will vastly improve the accuracy of smoke particle detection and reduce the percentage of false alarms. The designers say that the system may also be used in industrial environments to keep track of harmful substances in the air. 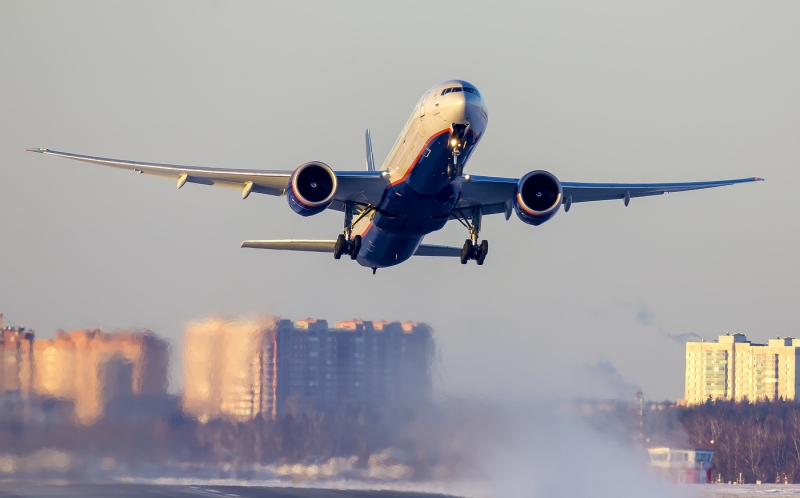 In March 2017, an Ural Airlines plane couldn’t complete its flight from Moscow to Simferopol. When the aircraft was already on the runway at Domodedovo Airport, an alarm was activated, indicating that one of the engines was on fire. After the crew ceased the take-off and parked the plane, it turned out that it was a false alarm. Still, the passengers had to take another plane to get to their destination.

A year earlier, a similar accident occurred with a Boeing 777 registered to Hong Kong’s Cathay Pacific airline. The aircraft, holding 214 passengers and 18 crew members, was on its way to Hong Kong from London. After a sensor reported a fire in the cargo section, the pilots decided to perform an emergency landing in Novosibirsk’s Tolmachevo Airport. It was later concluded that the alarm was false and the passengers were taken to Hong Kong on another plane.

One of the Laboratory's sensors

But fake alarms onboard aircraft can cause more than additional expenses, panic or delays; smoke detector malfunction is one of the versions that experts have named as possible causes for the crash of EgyptAir Flight 804 in May of 2016. According to Wall Street Journal, sources close to the investigation into the crash claim that smoke detector malfunction has been a problem on A320 airplanes before. For instance, in April 2011 this happened on a United Airlines flight from New Orleans. The signal was determined to be false; after that event, the company sent a memo to its pilots regarding false alarms, instructing them to follow emergency guidelines only in case of “noticeable smoke”.

According to Igor Volobuev, a representative of the Mechanical Engineering and Electrical Systems laboratory, with some systems the ratio of false alarms to actual ones can be about 100:1. One of the reasons for this is the systems’ age and inability to discern between smoke particles and other substances such as dust. Some of the most common ways of fighting false alarms these days involve modification of the smoke flue, e.g. making it harder for dust to get near the optical sensors or by dialing down the sensor’s sensitivity. This might make the detector less prone to false alarms, but it also can delay their reaction in the event of an actual emergency.

Companies all over the world are working on ways to make such systems more stable and reliable. In Russia such work is done by Technodinamika JSC (in cooperation with USA’s Curtis-Wright Controls), Irkut Corporation, and the Dolgoprudnenskoe Design Bureau of Automatics – a subsidiary of the Vega Radio Engineering Corporation.

ITMO University’s International Laboratory “Mechanical Engineering and Electrical Systems” is also working on the development of a modern, multispectral fire safety system. The project’s industrial partner is Abris JSC – one of Russia’s top designers and manufacturers of modern on-board equipment for engine diagnostics and control, as well as aircraft fire safety systems. The project has won a competition held as part of the Federal Targeted Program “Research and Development in Priority Areas for Development of Russian Science and Technology Sector in 2014-2020”.

The project aims to create a combined multispectral optoelectronic system. As of now, the designers are working on making a two-channel smoke/overheating alarm sensor. They are using a physical model of laser-particle interaction and a computational model of turbulent flow. This approach should be enough to construct a system that will be sufficiently precise in discerning the emission effects on smoke and other particles so as to correctly identify actual smoke from dust-caused false alarms. “We are working on a sensor that will combine blue and red optical channels to better evaluate smoke particle sizes by comparing radiation patterns of different wavelengths. Such a structure allows us to multiply the sensor’s particle size selectivity by eight times,” – explains Mr. Volobuev.

90% of the project’s elements are produced domestically. Another feature that further distinguishes ITMO and Abris’s project from foreign analogues is the use of new methods and technologies to design the system’s parts and programming to ensure a full compliance with the modern aeronautical standards (DO/KT-254, ARP4754A, DO-160G, DO-178C).

The project was started in 2015 and is now on its third and final stage. During the second stage in fall of 2016, the developers presented an experimental prototype and conducted a bench test. The sensor passed several vibration tests and was placed into a climate chamber where it was held at -50 degrees Celsius. As of today, the sensor housing has been improved upon, as well as its optical segment. This month, notes Igor Volobuev, the project’s partner, Abris JSC, plans to conduct in-flight investigation tests. The project will conclude in 2017, with the first sensors entering production in 2018. At the current moment, some of the device’s potential buyers are Tupolev JSC, Irkut Corporation and Sukhoi Company.

“The creation of a fire safety system is a very relevant task, since there are no modern fire safety systems for civilian aircraft in mass production in Russia. Today, foreign smoke sensors are used, in particular the American MSSI M-602/604 sensors; there are massive issues with using them in modern aircraft since they don’t fully comply with modern aeronautical standards. Our system is developed to fully comply with these standards, meaning that it will have less trouble being certified later on,” – comments Mr. Volobuev.

When used in cargo compartments or, possibly, onboard unmanned aerial vehicles. In those cases, it is vital that the system can perform a detailed analysis and to tell apart an actual fire and a malfunction or overheating of a particular element.

A fire can be identified by a number of aspects, particularly by the light it emits in case of an open fire or by a certain type of infrared radiation if not. The inclusion of additional functionalities may help the system discern a fire from an electrical coil overheating or a metal combustion due to fuel leaks. The developers plan to expand the system with not just linear and point sensors, but with temperature sensors, an additional ultraviolet sensor and a camera for image recognition. Sensor testing at the laboratory

“Existing laser temperature measuring systems have a margin of error up to 50%; same situation with thermocouples which may be placed on certain structural elements and sound an alarm even when there’s no fire at all. Our aim is to reduce the margin of error to zero. We plan to develop not only a series of cutting-edge smoke detectors, but a complex multispectral system that will analyze the situation in a precise and timely manner,” – says Igor Volobuev.

In addition to aircraft, the system can be used in industrial objects, he adds. The development team plans to create a system based on the combination of traditional optical methods of solid particle detection and quantum coherent nephelometers.  Such a system would be able to identify not only thermal anomalies, but also the change in optical properties and the chemical composition of air. This would allow it to be used not only for fire prevention, but also to analyze air pollution in locations used to utilize, manufacture, recycle, store, use, transport or destroy radioactive and hazardous substances.