Expert Opinion: How to Predict the Behavior of a 75 Million- Crowd

Scientists from different countries have analyzed behavior of the mass gathering at the Kumbh Mela, one of the largest festivals in the world. The KumbhMela Experiment was conducted by specialists from the University of Amsterdam, the Indian Institute of Science and ITMO University. Dr. Ashish Verma, one of stakeholders of this project, came to ITMO and shared the details oftheir research activities. 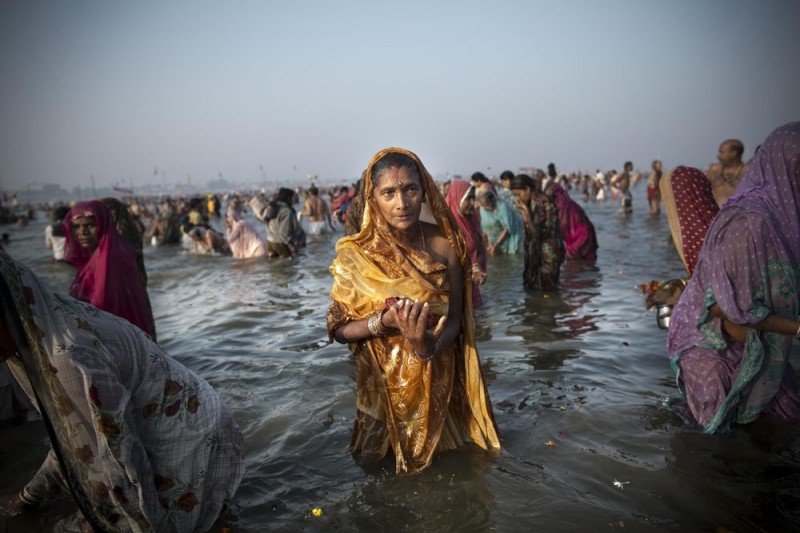 Kumbh Mela is a traditional pilgrimage, that roots back to the birth of civilization. Today it takes place once every three years in one of the four holy cities of India. Every time the number of participants increases — in 2013 about 10 million people joined the festival, in 2016 75 million people took part. Once, 12 million people visited the city during one day — this amount of pilgrims has beaten all records.

It is hard to imagine what happens in a city with half a million inhabitants when 12 million people come there. It leads to various problems connected with housing and catering. The festival takes place near a holy river. During a whole month, pilgrims live in a special settlement organized for visitors. The most challenging issue faced by organizers is crowding. For example, in 2013 the crowding at a railway station in Allahabad provoked an accident in which 36 people died. That is why it is very important to analyze crowd behavior. During the KumbhMela, there are several key locations where pilgrims gather. The first one is a river where ritual ablutions take place, and the others are temples.

The participants can be divided into three groups. The first group includes monks, "saints", and their followers — people from this group are called "sadkhu." The second group consists of pilgrims from rural areas. Some of these people cannot read and don’t know how to use mobile phones. For instance, a group consisted of 15−20 people has only two phones. And the third group is city dwellers and tourists looking for spiritual experience.

The combination of people from different groups affects crowd dynamics. All of them have one purpose — to come to the river to participate in ablutions on particular days so as to wash out their sins. After that pilgrims go to temples — they gather into cavalcades consisting of 13−14 thousands of people. Most participants don’t know where to go and the only thing they do is following the crowd. There are several approaches to crowd behavior analyses, for example, the social force model for pedestrian dynamics invented by Dirk Helbing. Some researchers try to study crowds by comparing them with a flow of liquid or comparing pedestrians with gas molecules. However all experiments based on these approaches were conducted under control when trajectories of crowd movements were known in advance. It means that it is difficult to repeat the situations and take into account all possible ways of behavior.

"We are likely to be the first researchers who conducted a field experiment with such a big crowd. We used wearable GPS trackers, special sensors that picked data from the nearest devices, drones and GoPro cameras."

The specialists also plan to gather information from Android phones. Currently they negotiate with Google about this. Furthermore, they’ve used the information from traffic cameras. According to Dr. Verma, the researchers picked about 75 terabytes of data.

Thus, 15 experiments were conducted by the international research team. Some of them needed preparation work, for example, ITMO University specialists visualized the Mahabaleshwar temple’s space in order to detect peculiarities of crowd behavior in a closed space when crowd density is extremely high. To determine a satisfaction rate the volunteers analyzed the visitors' impressions. About 3,500 people filled up a special questionnaire. The Cul-de-sac experiment aimed at analyzing the strategies chosen by a crowd which had no place to move. Thanks to the peculiarities of building arrangement in Indian cities with their narrow streets, the researchers gained an opportunity to monitor how people made their decisions.

According to the speaker, St. Petersburg and Moscow’s inhabitants are used to walking much more than Indians, who consider distances of 500−1,500 meters great. However visitors of the Kumbh Mela walked 5−10 kilometers on the average. This allowed to study how far are people ready to go on foot when they have proper motivation. This data will help organize public events better, for example, choose relevant places for water points and the like.

When conducting the research, the experts faced the problem of video recognition, as most materials were analyzed by human-forcemethods without any programs. They also had to reduce noise rate and develop new automated ways of analyzing video data.

Learn more about the KumbhMela Experiment.