In late August, researchers from the European University at St. Petersburg, the Sergey Berezin Medical Institute, the Pavlov First State Medical University of St. Petersburg, and the central district hospital of Tarusa  conducted an independent study of the efficacy of the Sputnik V vaccine in preventing hospitalization among those infected with the Delta variant of COVID-19. The study demonstrated that the vaccine is 81% effective in preventing hospitalization in such cases. ITMO.NEWS got the chance to interview Arseny Okhotin, one of the authors of the study, a cardiologist and physician in Tarusa, and a student at ITMO’s new Master’s program Public Health Sciences. Read on to learn more about the research project and the way it can change public perception of vaccines. 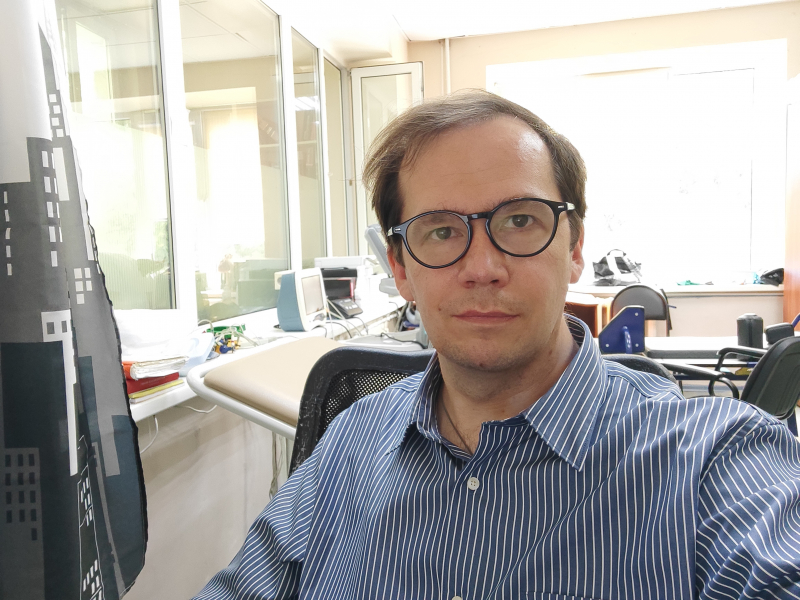 In early summer, the Delta variant of COVID-19 had completely superseded the original one in Russia and in St. Petersburg, in particular. This led to intense public discussions. Does vaccination help against the new strains? Why are there so many infected among the vaccinated? Does it mean that no one is safe now?

A recent study that is currently awaiting publication seems to bring hope: it demonstrates that even though vaccination doesn’t provide a 100%-reliable protection against the virus, it still greatly decreases the possibility of a severe case of the disease.

How did you come up with the idea for this study?

It was in the air. If you remember, the Delta variant spread in the beginning of the summer. At the same time, there was an active vaccination campaign, so the number of vaccinated people grew significantly. And then the number of infected among the vaccinated started growing, too, worrying both clinicians and the public. And as there was no special research on the matter, the worries grew: is the vaccine efficient against the new variant?

The topic was widely discussed in various research groups – everyone was trying to find some data to understand what was going on. And it quickly became clear that one of the crucial questions that could bring clarity was the share of vaccinated among the infected.

We addressed this question (how many vaccinated had been hospitalized) to the chief medical officer of the Kommunarka Hospital in Moscow, Denis Protsenko. We reached him over Facebook and he confirmed that they have a couple (but only a couple) of fully vaccinated patients at the hospital.

Together with Anton Barchuk, an epidemiologist and researcher at the European University at St. Petersburg, we estimated the vaccine’s efficiency in preventing hospitalization. And according to our estimates, it was rather high. But Facebook messages are one thing and solid data to prove them is another.

So we decided to collect the data in a more official way. First, we contacted hospitals such as Kommunarka, but we weren’t really successful. Information of this kind turned out to be hard to collect because we had to access the register of all vaccinated people, which was a difficult task. To put it roughly, not every patient could be checked in the register – and it would be a whole other major project to ask every patient if they had been vaccinated and when.

Finally, after looking for a place with such data, we settled on the Sergey Berezin Medical Institute – its CT devices were used to triage COVID-19 patients in St. Petersburg.

Did these challenges result in any limitations to your study?

Yes, it turned out different from what we’d planned originally. We wanted to learn the share of vaccinated among hospitalized patients and then their share among the whole population. But we could only calculate the amount of vaccinated among the infected and hospitalized – that’s why our study doesn’t demonstrate how the vaccine in general prevents hospitalization, but the way it prevents hospitalization in those already infected.

But that, too, is an important conclusion because it will show the public that though vaccines don’t guarantee complete protection from the infection, they still prevent severe cases. That will lead more people to trust vaccines.

Why did you decide to continue your research even though it was impossible to collect more precise data? It seems that now your study has certain gaps. For instance, you compare the elderly patients to younger ones, but then note that the second group was so small that its assessment has a large margin of error.

Any study has its limitations. There is always a chance that the results aren’t true and don't reflect the whole picture. What’s important is how small this chance is.

I’d say that our main conclusion, which concerns the vaccine’s efficiency in preventing hospitalizations among patients sent to triage, is reliable and shouldn't cause any doubts. As for subgroups, male or female, young or old – all of those are secondary outcomes that should be regarded with care in any case. Moreover, for us those were not the main goal of the study, but rather the source of our hypotheses. For instance, in our study age and gender were both linked to variations in the vaccine’s efficiency and maybe that will inspire someone to do another study on that. Or maybe it was just a random coincidence, it’s hard to tell.

Of course, we can imagine a lot of options with more reliable and diverse data to make such secondary conclusions. For example, data from state registers of vaccinated, infected, and hospitalized. Such data exists but isn’t available to independent researchers. Maybe, our research will inspire state institutions to analyze their data and calculate the efficiency in subgroups – and then publish the results.

Were you particularly surprised by anything in the results you got?

We were surprised by the main conclusion. To be honest, I didn’t expect that we’d get such a big share – 80% efficiency. We had the impression that the new variant is much more deadly than the previous ones and we didn’t know if the vaccine would be effective against it.

I was also a little surprised that the time of vaccination didn’t seem to cause any differences. To be sure, there would naturally need to be additional studies on a wider selection of people, but in our project we didn’t see any significant drop in immunity over time. That also seemed curious and reassuring.

Has anyone already conducted similar studies?

There are plenty of such studies, but ours is still unique because coronavirus is treated differently in Russia. For instance, our country is among the few that send non-severe cases to CT, which helped us analyze the way vaccines affect lung damage.

CT centers that treat those already infected provide unusual research conditions – they allowed us to evaluate hospitalization risks among the infected.

We can separate all vaccinated people into three categories: healthy (non-infected), infected (non-severe cases), and hospitalized. Many research groups have compared the first group to the second or the third – they calculated the efficiency of vaccines in protecting healthy people from infection or hospitalization. On the contrary, we compared the second and third groups. Moreover, we had the chance to analyze different stages of lung damage. All of those features make our study stand out from the array of similar ones.

Nevertheless, there still are some who think that if vaccinated people get hospitalized, it means that the vaccine isn’t effective.

To put it simply, our study shows that if you do get infected, the vaccine makes your hospitalization five times less likely. I interpret it as proof of the vaccine’s efficiency. Conversely, we could say that one-fifth of all those who would’ve been hospitalized still do – despite the vaccine. But that’s a philosophical issue.

So, yes, the vaccine doesn’t save everyone, but if it makes the severe cases five times less likely, it’s quite a powerful tool.

Why did you choose to analyze Sputnik V and not another vaccine?

We didn’t opt for Sputnik V, our study was about vaccinations in general. We didn’t even take into account who had which vaccine. But at the start of our analysis the Government of St. Petersburg had published data on the share of each vaccine among the city’s vaccinated – 96% used Sputnik V.

So, if we generalize our data, it will be obvious that we’ve mostly analyzed Sputnik V and we can’t say much about other vaccines because there weren’t enough such patients. Our data is tied to the mass vaccination with Sputnik V.

Are you going to continue this study or is it complete?

We have some plans, but I won’t speak of them now. Currently, we are awaiting a review in a scientific journal.

Were there only medical specialists on your team, or did researchers from other fields get involved?

We had a rather interdisciplinary team. The first author is Anton Barchuk, an epidemiologist and researcher at the European University in St. Petersburg and Tampere University. I am a clinician. Also on the team were the head of the Sergey Berezin Medical Institute, radiologists from the institute, and researchers from the European University at St. Petersburg – sociologists and data analysts. This interdisciplinarity allowed us to approach the research with care to every detail – from data acquisition to analysis and conclusions.