Cancer Detection: How To Stay Out of Harm’s Way

Getting a "cancer" diagnosis can harm one a lot more than the real consequences of cancer would. There are types of cancer that can develop at rates so slow that the diseased will be fine until old age and might not even notice them. Also, early detection of cancer doesn't necessarily guarantee recovery. So, why does one have to think twice before cancer treatment? Ilya Fomintsev, Chief Operation Officer for the Cancer Prevention Foundation shared about the related questions during an open lecture at ITMO University. 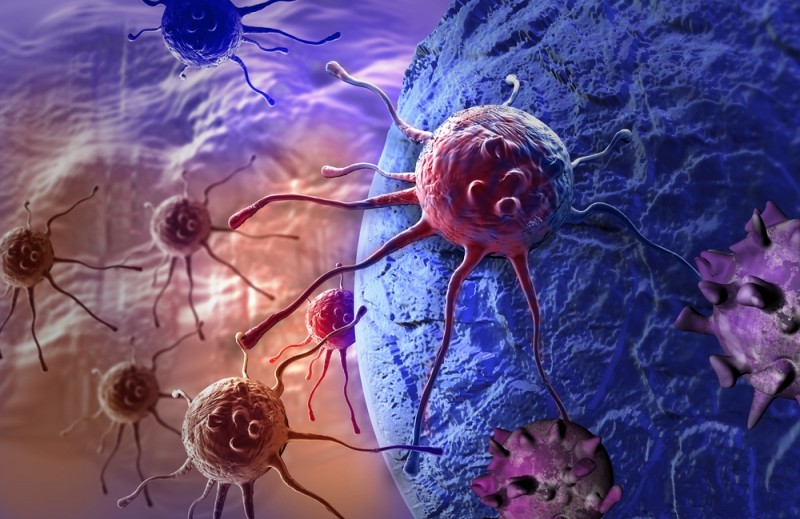 The "three whales" of Cancer Prevention

Generally, specialists describe three types of cancer prevention. The first has to do with preventing the disease — when used at the scale of the whole populace, it decreases the incidence of disease. The next type is about preventing death from cancer — mostly by early detection and improving global outcomes. Actually, there are lots of myths that have to do with this "secondary prevention" of cancer. The third type is relapse prevention that is mostly individual. In essence, it's just part of the treatment.

My lecture is dedicated to Behavioral Cancer Prevention, which is really effective. Still, morbidity rates aren't affected by particular physicians or cases. Only major changes on the level of society can do the trick. For instance, in the 1960s the morbidity rates for gastric cancer dropped considerably. Gastric cancer is really dangerous, with high fatality rates. So, what happened? Household refrigerators became cheap and really widespread. Helicobacter pylori, the bacteria that can cause cancer, could no longer survive in food products. So, this shows that generally, neither the physicians, nor the media can affect cancer morbidity.

Still, there are exclusions: for instance, the promotion of tobacco control that led to lung cancer morbidity decreasing.

As for secondary prevention and early detection, one has to be careful about it.

One's interaction with another person, an animal or even a glass of water can result in something good or bad. And if we're talking about interacting with a physician, the harm can become fatal. Even if that's just preventive examination — aside from the direct harm an examination can bring, there is also the risk of false positive and negative results. What is the harm from a false diagnosis? An examination can bring harm through a false negative or a false positive result. If the result is false negative, then the patient will take no action while the disease develops. In the instance of the result being false positive, the patient will have to go through an uncalled for biopsy, or even the full course of treatment. For example, a mammography can detect a growth that is similar to a malignant tumor. Then, a physician has to take a sample. The results come more than a week — during which, under the condition of stress, the patient can become totally exhausted. So, it's not always rational to do the screening.

If the patient does not have any symptoms or complaints, then lifetime prevalence can be a reason to conducting a screening. So, when should we decide on it? What shall the risks be?

There is a type of cancer called glioblastoma. Anyone who has it dies within two years — with a 100% probability. No one can survive it. Surely, there are those who are more liable to have glioblastoma. Still, if we'll start spending money on millions of MRT's, what will we get? Lots of data that would call for biopsies. And brain biopsy is done with a great metal needle that goes through the head. There's no need to say that that's harmful. Sometimes the procedure results in memory loss or brain damage. Still, let us say we've done about 5000 biopsies and detected about 500 cases of glioblastoma (harming several people in the process). What for? To tell these patients that they'll be dead in two years? So, there's no point of early detection of such tumors. Actually, the rules for screening for cancer are quite simple: the tumor should not be super-aggressive, incurable or too slow-growing.

Assessment of efficiency of screening

For a long time, early detection of cancer was considered a guarantee of successful treatment. But that's not really true. Let's say there are a hundred women, aged 35, that show signs of breast cancer during the screening. The cancer is on its early stages. We treat them, but they still die in about six years. Let's say we didn't treat these women. In some five years, they'll show signs of advanced cancer. After late treatment, they die in about a year. So, what's the use of screening, then? Screening or not — everyone died. And whose quality of life was better in these 5 years is still a question.

Let's take another example. There are "slow" types of cancer. Those take so much time to develop that a patient will die even before they do. For example, prostate cancer is like this. So what's the story with it? There is an antigen that allows detecting any kind of prostate cancer (by the way, 100% of males have it when they reach 70). Some do biopsy — through the large bowel and sometimes the bladder. Then, they do surgery or radiation treatment — both are harmful. Still, most recent research shows no major difference in fatality rates between those who’ve undergone treatment and those who have not. So, the question remains: why do the screening, suffer from radiation and remove your prostate? Cervical cancer doesn't develop in absence of human papilloma virus. Still, the presence of the virus does not mean that the cancer will definitely develop. Human papilloma virus is mandatory, but still an insufficient condition for having cancer.

If your HPV-analysis was negative, then you don't need cytology. The more often you do cytology, the higher the probability you'll be referred for conization is — and that often results in infertility. Unfortunately, that's common practice. So, one should not do cytology more often than once every three years. Still, any gynecologist will disagree — and tell you that you need it every year. What's more, treating HPV with drugs, "increasing the immunity" and the like is totally ineffective — so if a physician tells you to do it, look for another one. This one is either a fool or is trying to fool you.

Don't be mistaken — early detection of cancer is not always useless. It can really improve the treatment outcomes or even completely prevent cancer. But you'll have to do it right. The indications for early detection of cancer or just screening are the following:

· We have to know what we're looking for, and look for something that's curable.

· The tumor shall not be too "slow" as well.

· The method of detection has to be specific,

· The harm from it shall be minimal.

· The risk of cancer must be high, higher than the risks from the adverse effects for the method used.

So, it’s easy to conclude that not every tumor should be screened.

Actually, we've created an information system that let us assess these factors. It a simple survey named SCREEN — Scientifically-based Cancer Risk Evaluation ENgine. You answer a set of questions (the system can ask for additional info), and then gives a list of the necessary examinations and advice on how often to conduct them. Here's the link, if you want to try it.