How Your Brain Makes Decisions

Economics, psychology and biology have long studied the process of decision making. It is at the intersection of these subjects that the new science of neuroeconomics, an interdisciplinary field that studies decision making in multiple choice and "risk/reward" situations, has emerged. Vasily Klucharev, the Deputy Dean for Behavioural Sciences at the Higher School of Economics, expanded on this new field of study during an open lecture he gave as part of ITMO’s Science Communication Master’s program. 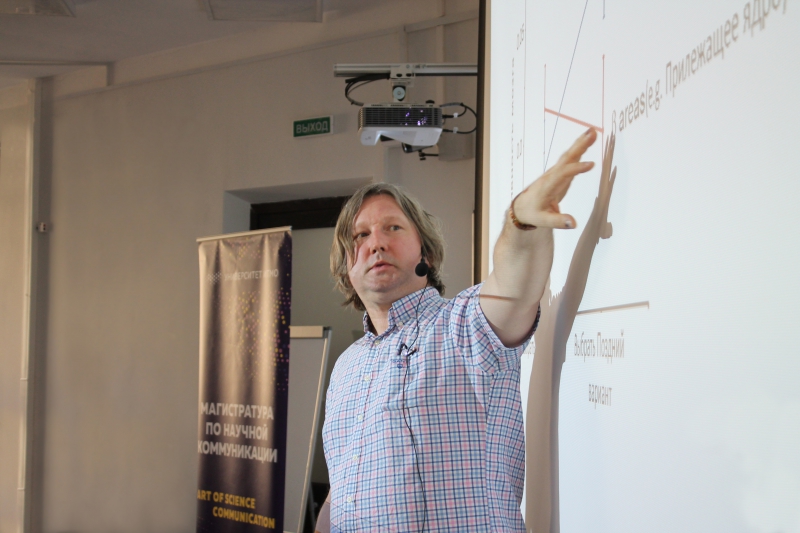 Several decades ago, economists began looking into how emotions influence our decisions in a way that didn't fit the traditional decision-making models. They decided to involve psychologists in their research, among whom was Nobel prize winner Daniel Kahneman. Psychologists proposed the idea of two systems that assumes that we sometimes use intuition (an emotional decision-making system) and sometimes - reasoning (a rational decision-making system). Both systems have their peculiarities. For one, the emotional system works really fast: we can use it to concurrently process great amounts of information, but it can also cause us to behave irrationally. The rational system, in turn, is easier to control, but a lot slower. Daniel Kahneman suggests that both systems have their hidden pitfalls.

The next advance in research of decision making had to do with embracing an interdisciplinary approach. For many years, three different sciences - economics, psychology and biology - had been studying it, each on its own. The idea that understanding just how the human brain makes decisions can help explain economic, psychological and biological choices led to the emergence of a new, comprehensive approach. Scientists assumed that there is a multitude of different factors that influence decision making (genes, social environment, evolution, etc.).

Everyone knows that studying the brain is a complex process: the brain consists of billions of neurons linked by tens of thousands of connections, and understanding its operation is no easy task. Still, neural science has made a huge progress in this field. A certain research by Benjamin Libet had a great influence on both biology and philosophy: the scientist showed that conscious decisions to act were preceded by an unconscious buildup of electrical activity within the brain, i.e. it may be possible to predict the upcoming outcome of a decision before the subject is aware of it. This discovery triggered a discussion amongst specialists from many fields; three major scientists and Nobel Prize laureates Paul Glimcher (neurobiologist), Vernon Smith (economist), and Daniel Kahneman (psychologist) found that neurobiology, economics, and psychology have a common goal and gave rise to a new field of science - neuroeconomics.

How the brain makes decisions

In neuroeconomics, decision making is perceived as follows: a problem emerges, then multiple alternatives are compared, a choice is made, and the result is assessed in order to gain experience. Most research in the field of neuroeconomics focuses on the stage of comparing alternatives. It is believed that, knowing the preference, one can predict the choice. This is why many researchers aim to learn why people like particular options more than others. In order to do that, they make use of the utility maximization rule from the field of economics, which states that when choosing between two options, we choose the one that we like most, or one that has the most total value from an economics point of view. Still, how can one define subjective value? Researchers in the field of neuroeconomics believe that it is possible; from their point of view, subjective values can be represented as the average value of neuron activity in certain regions of the brain which encode our preferences.

Scientists from the University of Stanford conducted an experiment where they scanned the human brain of a person who was expecting a money transfer, the sum ranging from zero to five USD. Having scanned the activity of the accumbens nucleus (a region of the brain that has a significant role in the cognitive processing of motivation, aversion, reward), they learned that the more money the test subject was expecting, the more active it became. Another research showed that by scanning the brain during the process of making a decision, it is possible to tell whether a person would buy a particular item or not. In the third experiment, which also involved brain scans, the test subjects were shown different images, including images of different foods. By studying the activity of the accumbens nucleus, the researchers could predict which of them would put on weight in the next months. Such research proved the existence of an emotional system that assesses one’s preferences and values with the help of the accumbens nucleus and determines their decisions.

The possibility of scanning one’s brain to learn their values gives rise to many curious questions. For example, authors of the article “Neural Responses to Taxation and Voluntary Giving Reveal Motives for Charitable Donations”, which was published in the Science magazine, question whether people get pleasure from helping others. Generally, there are two major ways in which people make charitable contributions. In Europe, people pay bigger taxes, which means more money goes towards social causes, and in the USA, there is a bigger number of private charities. Which system is more stable? A research showed that the accumbens nucleus is activated both when a person receives money and when they donate money for charity. In other words, people like to help, and people get more pleasure when they do it of their own volition; this means that in the long run, private charitable foundations can prove to be more effective.

The emotional decision making system (also referred to as System 1) is associated with the accumbens nucleus that encodes our values. But there are still issues that System 1 can’t manage. One of them has to do with planning future activities. Long-term planning involves many problems; oftentimes, people who are engaged in this activity behave irrationally, for instance, they don’t contribute enough to their retirement fund or don’t buy enough medical insurance. Long-term planning is not an easy task for most people: we like to get benefits now and don’t like it when they are delayed. One early neuroeconomic study researched the interaction between different regions of the brain when a test subject was given a choice: to get a small amount of money on the spot or get a bigger sum later. In 2004, Samuel McClure assumed that the emotional system associated with the accumbens nucleus (System 1) wants to get the money as soon as possible, but there’s also an evolutionally new region of the brain - the frontal region - that can think conceptually about future goals (System 2). The researcher suggested that a person’s decision will be determined by the region that is more active at the moment: if it is the frontal region that is more active, then the person will go for a bigger sum later on, and vice-versa.

Therefore, there are two concurrent decision making systems in our brain which sometimes engage in conflict. System 1 is fast, automatic, association-based, slow-learning and emotional. System 2 is slower, easier to control, flexible and rational. There are many factors that can contribute to us choosing one system over the other: our mood, overexertion, alcohol consumption, subconscious stimuli, and others. Both systems have their strong sides, and modern science is now actively researching ways of applying them to their fullest.