Oleksii Peltek, a Master’s student at ITMO University’s Faculty of Physics and Engineering, and his scientific advisor Mikhail Zyuzin have presented their research in the field of cell technologies. The scientists conducted a range of experiments on targeted delivery and non-invasive release of anticancer drugs for enabling effective treatment of malignant tumors. It is planned that going forward, the smart delivery systems they developed will be tested on animal models in vivo. The research results have been recently published in a leading international journal Biomaterials Science. 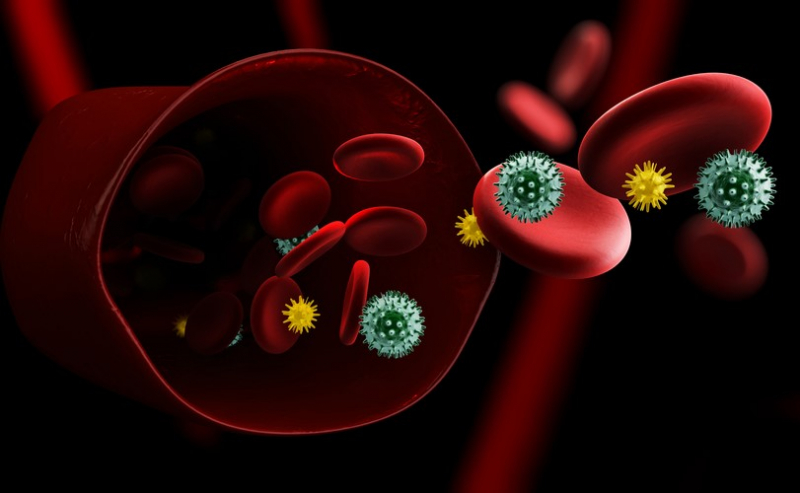 A pressing problem in modern oncology is that the effectiveness of the majority of treatments depends on the dose of the antitumor drug injected: the bigger is the dosage, the more effective is the treatment. Sooner or later, however, a limit is met where a drug’s impact is not yet effective enough but the dosage used is nearing a critical point when it becomes toxic for the patient’s body. Overcoming this barrier calls for well-ordered use of the medicine as per which it is delivered directly into the nidus of the disease.

What is more, under the standard approach a large dose of a toxic antitumor drug is distributed throughout the whole body via the blood flow. This can create an additional barrier on the way of delivering the drug into the focus area: often, tumors manifest as quite dense formations, which means that the blood flow in them is limited. Thus, injected in a standard way, the anticancer drug can’t always accumulate freely and in sufficient quantities in tumor areas.

To circumvent these limitations, the ITMO scientists made use of the principle of smart drug delivery using stem cells capable of pathotropism, i. e. directed migration to the tumor nidus. It’s clear that the migrating stem cells can’t be loaded with toxic antitumor drugs directly as this can negatively impact the cells’ biological functions. Therefore, the drugs must first be isolated and only then loaded into stem cells.

To isolate and load the cells with the drug, the researchers developed special submicron-sized polyelectrolyte capsules – small hollow carriers made up of polymeric particles and silica dioxide. After the drug is encapsulated, the stem cells are modified by the obtained submicron capsules. The developed capsules possess light-sensitive properties, meaning that they self-destruct when subjected to infrared radiation, delivering the drug they carry in a targeted way.

As a result, Oleksii Peltek and Mikhail Zyuzin developed a light-sensitive smart system for targeted drug delivery into the area of malignant formations through capsule-modified stem cells containing encapsulated antitumor drugs. The development’s light-sensitive property allows for non-invasive release of the drug at the right time and place using an infrared laser. The effectiveness of the obtained systems’ targeted delivery was tested on primary melanoma cells, a model of tumor spheroids derived from melanoma biopsy samples of real-life patients.

As their next step, Oleksii and Mikhail will conduct experiments on animal models in vivo in order to demonstrate the effectiveness of the targeted drug delivery systems under near-reality conditions.

The scientists note that despite the first successes, the introduction of the developed systems into clinical practice has to be preceded by a complex process that consists of a multitude of preclinical and clinical studies. Though time-consuming and costly, this is a standard process all pharmaceuticals face before they are introduced into medical practice. And the ITMO researchers’ fruitful cooperation with medicine and biology specialists from the First Pavlov State Medical University of St. Petersburg will allow to expedite all stages of testing the systems developed.