The proposed structure allows to generate electromagnetic fields without dissipating any energy into the surrounding environment. This type of electromagnetic source will pave the way for technological breakthroughs, such as highly efficient wireless power transfer systems, high-precision sensors, and RFID technology. 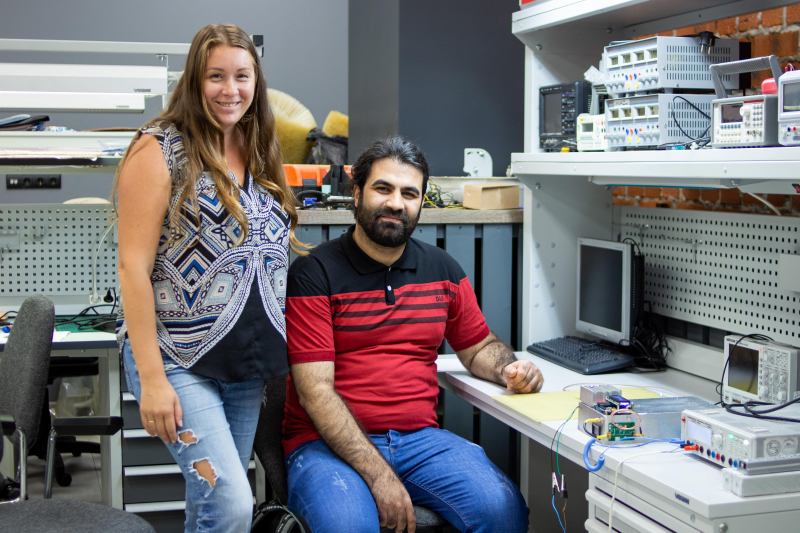 The investigation was carried out under the aegis of ITMO’s School of Physics and Engineering in collaboration with research groups from China, Germany, and Australia. The results of the study are published in Physical Review Letters.

The existence of non-radiating dynamic electromagnetic sources has long puzzled physicists. Theoretically, they shouldn't transmit and thus lose energy in the form of radiation, yet are supposed to concentrate all the energy in the local near-field zone. Considered classical analogs of atoms, such systems can be used to create artificial materials, for instance, metamaterials with unique electromagnetic properties. For that reason, scientists introduce the term “meta-atoms” to describe the phenomenon.

Meta-atoms can be based on an anapole effect, that is, destructive interference between waves emitted by electric currents of different source configurations. The challenge is to obtain such configurations in the required spectral range.

Although meta-atoms and anapoles are typically studied in the context of nanophotonics and light scattering, an international research team decided to examine the emission of electromagnetic waves by anapole systems and became first to introduce a meta-atom that does not release energy at a certain frequency in the microwave range.

“The work started eighteen months ago. My colleagues and I assumed that the anapole effect can be used to produce a meta-atom that would not emit energy to the far field but concentrate all electromagnetic energy in its near field. Certain configurations of the source component make it possible to ensure that waves emitted by different components of the source compensate one another in the far field and thus suppress the total radiation,” says Esmaeel Zanganeh, a co-author of the article and a PhD student at ITMO’s School of Physics and Engineering.

The study focuses on two types of non-radiating sources based on the anapole effect.

“In our work, we studied a system (meta-atom) consisting of a cylindrical dielectric resonator and source antenna. By optimising specific parameters, we made the system’s dimensions much smaller than that of the operating wavelength and demonstrated complete suppression of radiation with a significant concentration of electromagnetic energy in the meta-atom at a certain frequency. The use of different types of excitation antennas allowed us to demonstrate that meta-atoms can be implemented for both electric and magnetic sources,” comments Polina Kapitonova, a professor at ITMO’s School of Physics and Engineering.

As noted by the scientists, the structures may have different applications, depending on the preferred type of fields in the source (electric or magnetic). Compact non-radiating sources can be largely used to create highly efficient wireless power transfer systems, wireless chargers, high-precision RF sensors, chips and tags, and medical technologies.