The researchers managed to demonstrate that such systems possess the features of non-typical phase transitions, nonstandard symmetry, and its spontaneous breaking in a strong optomechanical interaction regime. This invention may potentially help scientists develop memory chips for future quantum computers. 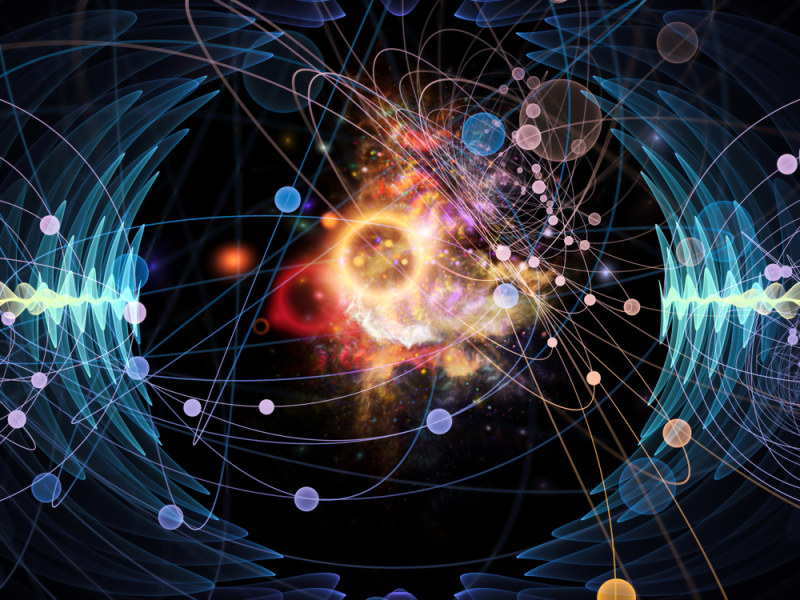 Light and matter can interact in a number of different ways. Under certain conditions, light particles (photons) can affect the movement of atoms of matter. It happens because the emission and absorption of photons are followed by recoil. Such interactions are a study subject of one of the physics’ subdivisions, namely, quantum optomechanics.

A study of how and under which conditions particles of matter interact with light has a great number of practical applications. The scope of its use can be even more expanded in the future as humanity is heading towards the creation of computing devices based on the interaction of photons rather than electors – for example, optical computers.

“Imagine a chain of atoms placed in the vicinity of an optical waveguide through which photons can propagate. Each atom is a two-level system, meaning that it has two states – ground and excited. An atom can change its state due to the absorption of a photon or its emission. Such systems could be applied in the rapidly developing field of quantum computing,” explains Denis Sedov, a student at ITMO’s Faculty of Physics and Engineering.“

However, it is impossible to use such models for creating prototypes unless scientists will find ways to tackle multiple challenges. One of these fundamental issues is the relatively weak interaction of light and atoms that happens to interfere with the effective control of the atoms’ state using light particles.

Trying to solve this problem, a research team from ITMO University has created a theoretical model of a system with a strong-coupling regime.

“In our work, we presented an optomechanical system with the possibility of intensive interaction,” says Denis Sedov, one of the researchers in the project. “It is a ring waveguide in which photons are able to propagate only clockwise. The atoms are located above the waveguide in optical traps. There, they not only interact with each other with the help of photons but also oscillate near their equilibrium positions.”

Although similar systems have been studied in the past, such a ring unidirectional geometry of a waveguide and a full-fledged quantum accounting of atomic vibrations were considered for the first time. The study made it possible to obtain new and unexpected results.

It turned out that when two atoms are located above a completely chiral or, basically, a unidirectional waveguide, the considered model is an equivalent of the well-known and actively studied quantum Rabi model. The latter describes the interaction of a two-level system placed in an optical resonator (an arrangement of mirrors) and the electromagnetic field of the resonator.

This model has a Z2 symmetry, and the states describing this system can be divided into two categories: while some are characterized by an even number of excitations, others – by an odd number. Interestingly enough, this symmetry is mathematically similar to a 180-degree rotation of a figure, and two consecutive rotations are equivalent to no rotation. Even if the waveguide has no chirality, many of the obtained properties of the system are retained but non-chirality leads to new unexplored models that have yet to be investigated in the future.

The research has also proved the presence of Z3 symmetry in a three atom system.

“In simple cases, Z3 can be understood as symmetry over rotations of 120, 240, and 360 degrees, which make the system transform into itself. But although we have symmetry with a more complex nature and description, the principle remains unchanged,” says Denis Sedov, a student at ITMO University.

In the studied model, the optomechanical coupling – which describes the interaction between photons and the mechanical motion of atoms – reaching a critical value results in the occurrence of a quantum phase transition. It is accompanied by the phenomenon of self-organization of atoms over a waveguide. The process is that atoms communicate with one another through photons each going in their own specific directions.

“Under strong optomechanical coupling, the system is in the multicomponent Schrödinger-cat ground state, that is, in a superposition of multiple classical states of the atoms’ motion,” says Valerii Kozin, a PhD student at ITMO’s Faculty of Physics and Engineering. “Such systems can be used to create error-tolerant protocols for storing and processing quantum information.”

One of the major problems in creating devices for storing and processing quantum information (quantum computers) is that quantum states are extremely fragile and should be isolated from the environment. Therefore, scientists are now challenged to figure out how to store quantum information so that it remains resilient to errors. And here they may turn to the multicomponent Schrödinger-cat states that arise naturally in the proposed systems.

This paper was published in Physical Review Letters.