Sergei Kudryashov, researcher of P.N. Lebedev Physical Institute of the Russian Academy of Sciences and resident of American research centers, came to St. Petersburg in order to focus on promising laser technologies and assist ITMO University students in their pursuit of science.. 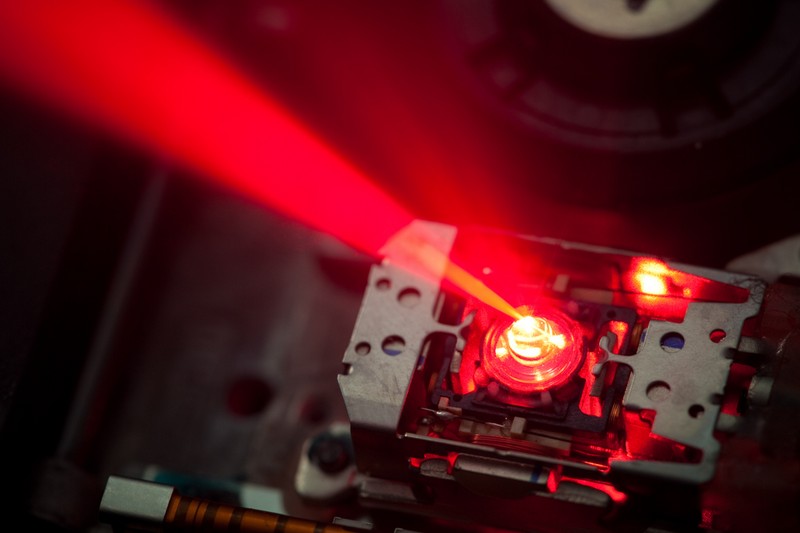 What do you research at ITMO University?

I collaborate with Chair of Laser Technologies and Instrumentation. First of all I want to mention that its` staff members are young and motivated researchers who deal with relevant projects. Moreover, the chair has modern equipment, which is very important for my fundamental field. I focus on micro and nano laser ablation. This phenomenon can be described as short-term laser radiation, which alters micro sections that are smaller than the hairbreadth. It leads to an extreme state of matter, high temperature (higher than solar temperature) and the pressing equivalent to pressure in the Earth's inner. These phenomena seem extraordinary but at the same time they can be applied for various fields like biomedicine, defense industry and mechanical engineering.

We use modern femtosecond lasers to radiate material surfaces covering them with hundred atom thick layers that will be turned into hot plasma. Right after the appearance the plasma bursts affecting surfaces with efficiency comparable with the pressure of a water column as large as the distance from the Earth to the Moon. At the same time this process requires thousand times less energy. It is impossible to get this result using classical non-laser methods.

One of the last our achievements was femtosecond laser quenching of aluminium alloy surface. We managed to increase its` microhardness by 50 percent. Usually the result is about 10-20 percent. This process is called pinning. It improves the resistance of materials preventing them from corrosion and crack formation. The research can be applied for aerospace industry.

There is also less intensive laser altering, which destroys material`s surface forming various nanoparticles that serve as a base of metals, superconductors and other metal compounds. Such research projects connected with laser generation of nanoparticles are widespread. However analyzing these physical processes gives us an opportunity to explore new branches of this field such as composite nanoparticles` fabrication in chemically active liquids. It helps to develop uncommon nanomaterials that are impossible to be invented using solid phase methods. The applications of nanoparticles are multiple: from nano microelement compound to nano-based spectral chemical sensors or even functional nano-surfaces.

Metasurfaces are widely used in catalytic action; they are supposed to make a breakthrough in optics. The super thin metalayers  will supersede volumetric optical elements. My colleagues and I research this field together with experts of Chair of Nano-Photonics and Metamaterials headed by Pavel Belov. We work on the modern ways of nanoparticles` fabrication as well as look for new fields of application.

The third problem on which we focus is 3D laser recording of optical microelements such as light waveguides, hollow cells for liquids and network structures consisted of these elements that can be used in integral optics and microfluidics.

Apart from that we also research physical processes that manage light waveguides and hollow cells to find optimal recording conditions. Using lasers we have managed to develop a special “chain” consisting of different-scale  waveguides, cells, microcameras and microengines for liquid circulation. These systems will be used for express analysis of blood parameters, spectrum analysis of  liquids and so forth.

What are the main advantages of working at ITMO University?

Besides ITMO researchers I also partner with Lebedev Physical Institute`s team. Due to some social and economic reasons it has such problem as generation gap: most of researchers are experienced scientists who, unfortunately, have lost their motivation. Thus I appreciate ITMO University`s students and young researchers who join promising scientific projects led by large research centers and labs.

That is why I suppose that representatives of Russian Academy of Sciences should assist young experts in their activities sharing their extensive experience.