Dostoevsky is a world-renown author — his works have been thoroughly analyzed, and his life has been studied in detail. Only a few mysteries remain — those are hidden in small notes that he left in his sketchbooks. Thanks to these notes, literature experts can elaborate a precise chronology of Dostoevsky's works. Yet, the great writer never dated the notes. Unique optical technologies developed by ITMO's scientists in collaboration with researchers from the Pushkin House helped solve this problem. 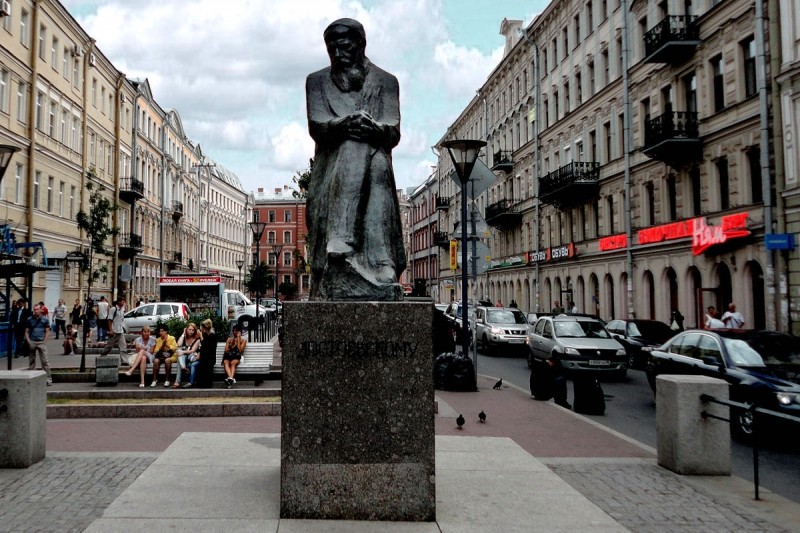 There are about 15 of these sketchbooks that are kept in different archives throughout Russia, some of them — in the Pushkin House. Dostoyevski made all kinds of notes in these sketchbooks: accounts, household affairs, but most of them were about his art. He did plans and drafts of his novels, as well as pictures that reflect his ideas, shared Constantine Barsht, a Senior Research Associate for the Pushkin House. Dostoyevski's notes are very chaotic: the same notebook can contain notes on different novels, they can be written atop pictures or previous notes. The writer always carried these sketchbooks around.

"We don't know when each note was made, so we try deducing it logically. If first see the name "Syasya" in the notes, and then "Sonya", we can tell of the time the note was written by comparing it with the novel. But this method is not precise. If we were to understand when exactly Dostoevski made these or those notes, that would be a breakthrough: we'll have more precise information on how his works were created", comments Constantin Barsht. Dostoevsky used chestnut ink to write the notes. Such ink was homemade, and was produced and sold in small amounts. So, each batch of ink had a slightly different chemical composition. Dostoevsky also used this ink to write letters, which he dated. So, by comparing the ink, we can tell when Dostoevsky wrote a particular note.

To solve this task, scientists from ITMO University used methods of photospectrometry. They've developed a new device: a high-resolution camera is fixed atop a table with the manuscripts. The camera photographs each page three times; each time, the page is lighted by special LEDs with different wavelengths in infrared band. Point is, in infrared band chestnut inks look really different from each other depending on their chemical composition. Photons interact with the substance, and one can discern different inks based on the results. Thanks to this method, the experts got large amounts of data. To process it, special algorithms were developed. The scientists also had to discern the radiation from the ink and from paper: as ink soaked the paper, its color in the infrared band changed. There were other pecularities to take account of, as well: the dispersion of the radiation, lighting, involuntary shifting of the manuscript.

"Not every method is good for such complex analysis. Cutting a piece of the manuscript and analyzing it was not an option — we couldn't even light the pages too much or press against them to get a better image, as they are really fragile. Though spectral analysis is widely used for assessing the condition of paintings, we had to develop a special technique for this particular task", explained Igor Gurov, head of ITMO's Department of Computer Photonics and Digital Video Processing. As a result, the experts succeeded in dating several Dostoevsky's notes on his famous "Crime and Punishment" novel, shared Constantin Barsht. He underlined that there are about 5,5 thousand pages in the sketchbooks, and they all are to be analyzed. Some of the data the experts got using photospectrometry already gives new insight into the writer's life.

"The more different wavelengths we use, the more data we get, and this calls for greater computational capacities. We'll need really good equipment to process all the sketchbooks by Dosoevsky's 200th anniversary in 2021. But we are working on it, and I believe we'll get great results", concluded Igor Gurov.