Thanks to high-performance computing, scientists can now analyze large amounts of data, predict or model different situations and improve various systems. Algorithms and applications that are developed at ITMO are used in medicine, industry, programming and many other areas. Some of them were presented at the fifth 'Young Scientists' international conference in Poland. 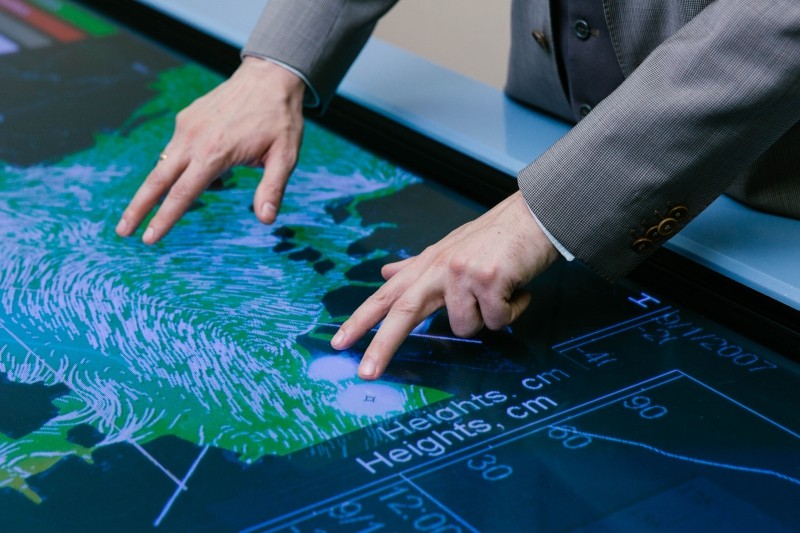 The "Young Scientists" conference is traditionally conducted on the base of European technological universities. Last year, the event was held at the National Technical University of Athens, this year — at the AGH USTin Krakov; its main organizers were ITMO University and the University of Amsterdam. As Marina Balahontseva, engineer for the eScience Research Institute notes, the conference was aimed at "promoting the dialog between the computational science's present and its future".

"Our main task as the conference's organizers was involving young scientists into international collaboration in the field of computational sciences, as well as publication of their articles in highly indexed journals. 65 articles were processed on the admission stage. As agenda of the conference was relatively wide (from modeling of complex systems and development of numerical algorithms to decision support systems in urban science and biomedicine), choosing the reviewers was no trivial task as well. As a result, we got from two to four reviews for each article, and chose 43 articles for publication", comments Marina Balakhontseva.

Among the topics discussed at the conference were modeling and simulation of complex systems, advanced computational algorithms, applications for solving environmental problems, Internet technologies, visualization and virtual reality, translational medicine and biomedicine, computations for urban science. Nine people from ITMO University made their presentations at the conference; we've asked them to share on their research. Nikolai Nikitin, research student for the Department of High-Performance Computing

Since the founding of Saint Petersburg, floods were always a threat to the city. To understand how they emerge and what can be the consequences of different types of floods, we model artificial cyclones. We've developed a special algorithm for simulating cyclones and their consequences. To do that, we've analyzed the statistics of the water level, the properties of cyclones and floods in the Baltic Sea for the last 50 years. Our algorithm can use this data to show how the Baltic Sea will act depending on the cyclone's properties. For instance, we've simulated the St. Jude storm of 2013, and the results we got from the simulation were practically the same as the real data.

Several research teams from other countries conduct similar research, but mostly for tropical cyclones. There aren't many cities on the Baltic Sea that can use the results of our research, but thanks to it we can predict what will happen to Saint Petersburg in an extreme situation.

I work in the Translational Medicine research group that collaborates with the Federal Almazov North-West Research Center; my research has to do using machine learning to predict the time a patient waits for stenting. That is necessary to define problems in admission process and increase the center's efficiency.

We've analyzed the data for 500 patients who underwent planned surgeries in Almazovo. Planned surgeries means that everything has to be ready as soon as the patient arrives. Still, it turned out that even such patients may have to wait. At first, we've tried calculating the time for all patients, but then we've divided them into three groups so as to increase the precision of our forecasts. Elizaveta Lutsenko, a Master's student for the Department of Intelligent Technologies in Humanities

I do modeling of the so-called protein conformational transition. Such research is necessary for defining the functions of a protein. Then this data can be used to develop drugs and vaccines, and define their side-effects.

At the International Laboratory of Structural Bionformatics, an algorithm for modeling transition of proteins with a single polypeptide chain has been developed, then it was decided to improve it so that it could be used for proteins with any amount of chains. Multichain proteins are essential in studying ion channels, protein-protein complexes and antibodies. We use a coarse-grained model, meaning we take account of only the geometrical structure of the molecule and simplify its modeling. This allows to decrease the computational complexity.

The main problem is the self-intersection of chains inside the proteins. There are several approaches to solving it, and the most effective one is based on adding virtual links between the most stable atoms of all chains. In most of the proteins studied, there were no self-intersections. A comparison with the most effective counterparts (MinActionPath and MENM) showed that our method is less disruptive to the geometrical structure of molecules. I proposed using an algorithm that allows linking several metrics into one that will increase the effectiveness of the algorithm a lot more than other. This method is good for pre-processing of large amounts of data, when the number of attributes is tens of thousands and more. For example, it can be used in working with DNA-microchips and detecting cancer in patients. As of now, I'm working on improving the efficiency of my method, and then I plan to test it on medical data.

Yana Mazur, a Master's student for the Department of Applied and Computer Optics

I work on modeling freeform surfaces in lighting optics. We've already developed the algorithm, and will soon make an application that will allow to synthesize optical free forms for the directional diagram. The algorithm chooses the necessary form and material for the desired properties.

Such inventions are used in many fields. There are many research teams in the world that work on freeform optics design, but in Russia we're one of the first to do that.