Junction, one of the world's biggest technological hackathons, has recently ended in Helsinki. Young developers competed in 11 contests, each being a project that had to be completed in 48 hours. A team comprised of ITMO and Polytechnical university students created a new technology for controlling virtual reality. Their invention can ease the use of VR considerably, as well as decrease the costs of VR devices. 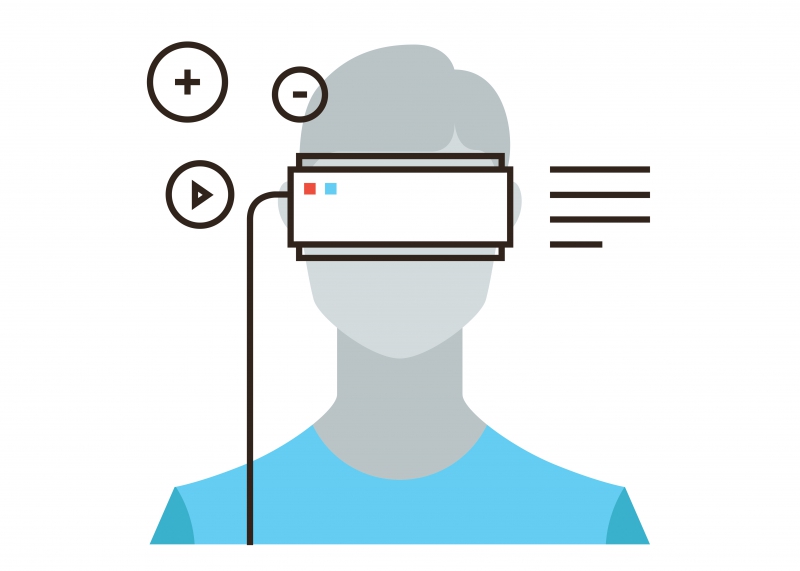 Every year, thousands of people from all over the world take part in the hackathon. The event is sponsored by famous technological companies such as Skype, Twitter, Microsoft, Huawei and others. This year, the tasks had to do with medicine, mobile technologies, and artificial intelligence. A joint team made of ITMO and Polytechnical university students participated in a contest organized by the Unity Company — its game engine is used in developing 2D and 3D games.

Unity assessed the projects by several criteria: focus on innovations, technical performance, and design. Also, it was important for the invention to contribute to the development of VR technologies and be original.

"Coming up with a good idea took some time, as there's already a lot created in the field of VR. We wanted to make the controls more interactive — but how would one do that? Trackers, g-meters, mini-cameras and such are common. Our initial idea was to make facial expressions visible in VR. Yet, that called for using cameras, which is both expensive and cumbersome. So in the end, we've decided to choose something simple, something that has never been used in VR before: photoresistive cells", shared the project's author, Daniil Samoilov. The students fixed the headgear with a LED that lights in one's eye. The light reflects onto a photoresistive cell. Depending on the reflected light's brightness, the device defines whether the eye is open or closed. This way, by blinking, one sends a signal to his headgear.

This can be used to control a game: in VR, each blink causes a laser shot at meteors in cosmos, which earns points for the player. The game itself is to be installed on a smartphone, which is then connected to the headgear and the microcontroller. The team created all the electronic and other components for their project using a 3D printer and the Arduino firmware right during the hackathon.

There are a lot more uses to blinking than shooting in this meteor game. It can be also used for moving virtual objects or even moving in virtual space. It is a yet another control tool for VR, which is on par with different sensors and trackers.

What is more, the microcontroller supports other protocols, as well. Many other systems, such as ultrasound sensors, wi-fi systems, direct communications links and other may be fixed into the headgear, as well.

The developers also plan to develop a set of hardware and software tools that can be connected to any VR headgear. "We've used flexible electronics for the essential components, with thin external loops for connecting them. The same design may be used for the controller. As a result, one can buy a set and then "glue" the components on any headgear and connect it to the device one needs — a smartphone, tablet or a computer", explained Mark Bogdanov.

His team also plans to use their idea in developing cheaper AR gear. The general idea is to position the smartphone not in front of one's face, but at a 90o angle, and use a semi-transparent lens. The lens can reflect the light from a smartphone and the eye in such a way that the person will see both reality and virtual augmentations simultaneously. Such a device will cost a lot less than the existing counterparts, as the only expensive component would be the lens.

The team's project got 1st place in the Unity Company nomination. As their reward, its members were invited to the Unity conference on VR that will take place in Amsterdam next year.