Holography Helped to Quickly Learn the Number of Particles in Volume

Optical engineers from ITMO University in Saint Petersburg developed an express method for analyzing the distribution of particles in optically transparent media, based on correlation analysis of holograms. As a big part of the study, they created an algorithm capable of processing images in a few seconds. The new method can be applied to engineering devices for monitoring metal shavings in the engine oil, studying a plankton in water or tracking viruses in living cells. The work was published in Scientific Reports. 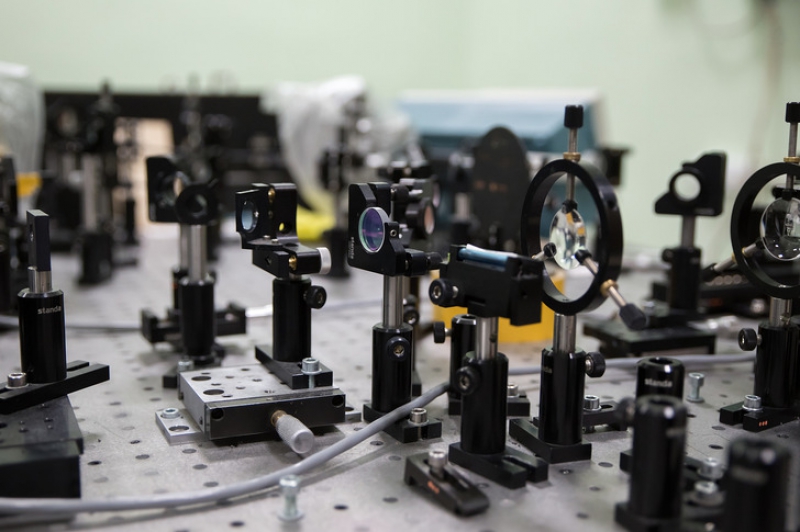 Typically, holography is associated with three-dimensional images of museum relics, souvenirs, marking products and protective signs. But it is also used in industry for studying the topography of surfaces and deformations in products.

As part of a new project, scientists from ITMO University Tatiana Vovk and Nikolay Petrov developed a method for express analyzing the distribution of microscopic particles in transparent media. The approach is based on Gabor holography, the simplest and historically the first type of holography.

The experiment results backed by computer modeling showed that the new method allows one to quickly check the concentration, distribution and transparence of particles in a media sample. Tatiana Vovk, researcher at Department of Photonics and Optical Information Technologies of ITMO University comments: “There are many ways to visualize particles in suspension or aerosol, as well as methods to process these images. But they take quite a long time, and some cannot cope with analyzing media with high concentrations of particles. Therefore, our goal was to make an express method that can provide information on samples with any quantity of particles in real time and could be ready for industrial implementation”.

As of now, the scientists showed the basic operability of the method, but they believe that it will be useful in many fields. Basing on the study, engineers can build analyzers for real-time monitoring of the flows of suspensions or aerosols and, for instance, use them to determine the number of solid particles in the machine oil.

“The friction in mechanical parts causes the release of metal shavings in the grease. They circulate with the oil and wear out the mechanism. The device could help to evaluate this wear level by investigating the pollution of the grease,” adds Tatiana Vovk. Experimental setup: a cuvette with sand particles distributed in water

Biological applications of this technology are equally interesting. According to scientists, their method will allow one to study the purity of lakes and rivers through determining the plankton transparency in water samples. This parameter, in turn, will tell about the reservoir ecology, since the optical properties of microorganisms highly depend on the environment.

The optical engineers are considering the possibility of adapting the technology for tracking the viral particles in living cells.

“When exploring mechanisms of virus transport, scientists apply fluorescent microscopy. Such an analysis requires processing of large amounts of data. Our method can potentially help to quickly process these hundreds and thousands of images taken from a microscope. But we need the assistance of some biomedicine experts to solve arising issues and to carefully understand how to combine the fluorescence microscopy with digital holography in the most effective way,” says Nikolay Petrov, head of Laboratory of Digital and Imaging Holography at ITMO University. To get the distribution of particles, the engineers take a digital Gabor hologram of the sample. Then they extract two flat images from the hologram. The focus on these images is carried out by computational methods, a mathematical algorithm. The fast image processing takes place thanks to the help of the correlation function. The researchers compare the images, find the pattern and spread it on the entire volume of the media.

Correlation analysis is widely applied not only in image processing, but also in statistical physics and other disciplines that study random processes. For example, it helps to understand the correlation between the observed values and the types of particles released from collisions inside the Large Hadron Collider.