Today, TV sets based on quantum dots are becoming a common thing, which means that one of the most interesting quantum technologies invented in the 1980s is being gradually introduced in our everyday life. Thanks to the development of colloid synthesis, quantum dots are now applied in many optoelectronic devices that can already compete with their regular counterparts - photovoltaic elements, LEDs, photon detectors. So, what are the key advantages of this technology, and are the new devices ready for mass production? What are the relevant issues that scientists will have to solve in the nearest future? A group of researchers from ITMO University answered these questions in a review on the new concepts and progress in studying quantum dots published in Journal of Materials Chemistry A - a title by the British Royal Society of Chemistry. 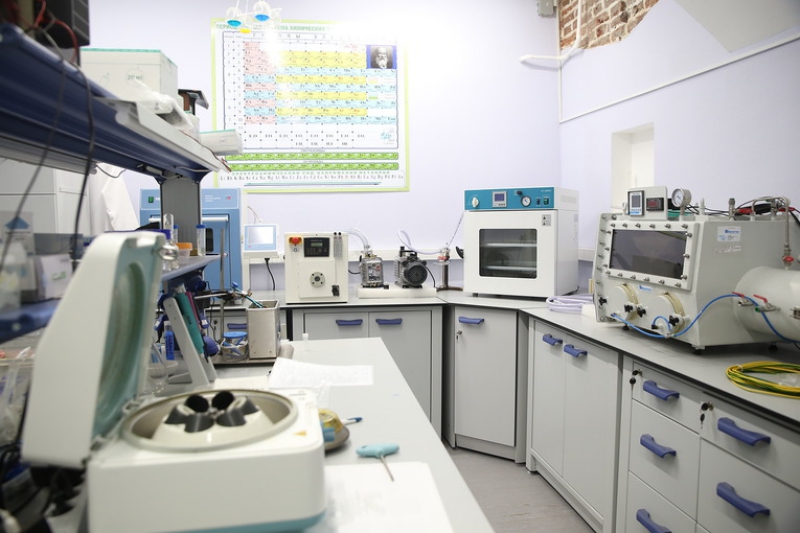 What are quantum dots?

Quantum dots are nano-objects of about 10 nanometers in size that have great optical properties. One of them - luminescence - can be applied in different devices with displays: smartphones, TVs, laptops. Scientists first produced them in the 1980s, and started to introduce them in early 90s: in 1994, the first LED based on quantum dots was developed, which gave a boost to the development of electronic devices. The next loop in the development of this technology started with the progress of colloid synthesis technology, which allowed to significantly improve their properties, as well as speed up their production. The previously used epitaxial method which implied growing them layer after layer called for a lot more time and resources; colloid synthesis provided the key advantage - the possibility of getting almost any material and translating the samples to mass production, - explains Alexander Litvin, the review's main author and research associate at ITMO's Optical Information Technology center. Thus, in the 2000s the technology started to leave laboratories. During the last several years, quite a number of companies released products that made use of these nanoparticles. One of the first to do that was LG with their prototype of a quantum dot-based display; and six years ago, Samsung Electronics released the first full-color display based on this technology.

What other fields can quantum dots be effectively used in?

The rapid increase in the efficiency of devices based on quantum dots is associated with the development effective methods of synthesis and optimization of devices' architecture.

"Quantum dots are widely used in optoelectronics. Photovoltaic elements, LEDs, and photon detectors - these are the fields where they prove to be most efficient. This is why we’ve decided to add this topic to our review. Yet, our goal was to not only describe and systemize the classical examples but also analyze the new trends, as well. Such reviews are done to not just give readers an opportunity to learn something new, but also to find new promising trends to conduct research on. Among the other promising fields in this sense are biology, medicine and sensor science," explains Alexander Litvin. He adds that now, there is a wide range of quantum dots that work with the whole optical band - from UV to IR. In recent years, working with quantum dots has become common for many laboratories throughout the world. ITMO University conducts such research, as well. Some of the latest projects are dedicated to studying these structures' chirality, as well as their possible applications in medicine.  Alexander Litvinov is part of a research team that works on improving the efficiency of lighting devices based on this technology. For instance, in one of their recent projects, they worked on amplifying the luminescence of IR quantum dots.

In their new paper that has been published by the Journal of Materials Chemistry A, the scientists analyzed the architecture of the newest quantum dot-based devices, as well as ways to increase their properties' efficiency.  The authors reviewed a wide range of new constructs, among which are structures with nanoscale heterojunction and hybrid compositions that combine quantum dots with metal oxides, plasmonic nanoparticles, graphene and other nanoscale objects.

Apart from displays which have already made it into the market, a promising field for applying quantum dots is creating affordable solar cells. Alexander Litvin notes that though quantum dots still don't provide for the level of efficiency which will allow to compete with existing counterparts, they offer to considerably decrease the expenses on producing photovoltaic elements, make them more eco-friendly, as well as create devices on a flexible substrate. So, what are the problems the researchers will face in the nearest future? Despite the considerable progress in developing quantum-dot-based photovoltaic devices that already look promising, most of them are still in the early stages of development and are yet to leave laboratories. Before bringing them out to the market, the scientists will have to solve a range of issues: finalize the mass-production processes, substantiate the materials' safety, as well as ensure the devices' long-term stability. In recent years, there have many reports of success in doing that.

Apart from bringing the laboratory technologies to mass production, there is also the issue of using non-toxic quantum dots for optoelectronic devices. The main task here is to make the devices not only effective, but eco-friendly and safe, as well.

Finally, the third major task mentioned by the review's authors is increasing the efficiency of devices by combining quantum dots with other nanoobjects and creation of hybrid structures that will allow to imbue their properties. Among the promising components are 2D nanostructures like graphene and molybdenite.